How to check tyre tread depth

How to measure tread depth
Minimum tread depth
Tread depth by the numbers
The relationship between tyre tread and stopping distance
How to best maintain tyres to optimise tread depth
Heel and toe wear
Is the penny test for tyres accurate?
Nearest dealer

Your tyres’ tread plays a crucial role in performance and safety when you drive. It grips the road surface so your car can move forward and stay on the road in slippery conditions. It also channels water out from under your tyres to keep you from hydroplaning in rainy conditions. However, with use, tread wears down, compromising all of these essential functions.
The amount of remaining tread on your tyres can be checked by using a tread depth measuring gauge, which is the vertical distance between the highest point on the tread’s pattern to the lowest point in the pattern’s grooves. Tread depth will tell you whether or not you need to replace your tyres to avoid dangerous loss of traction. 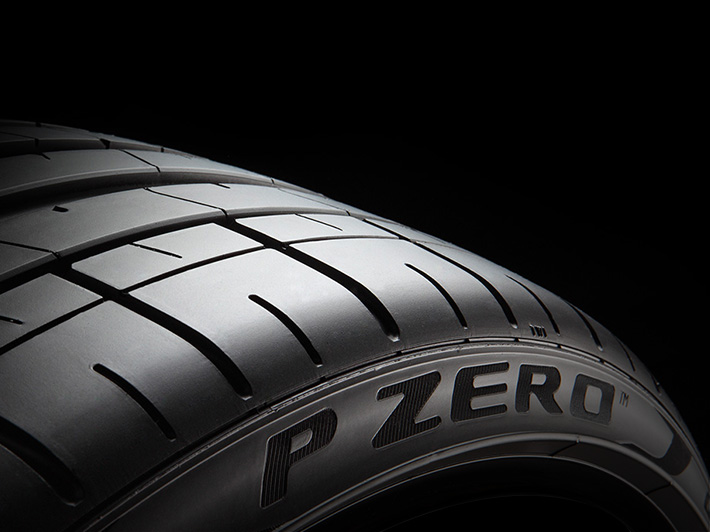 How to measure tread depth

The most common of several methods for taking this measurement are: checking tread wear indicator bars, using the “penny” test or measuring with a tyre tread depth gauge. Whichever method you use, you need to check the tread depth at various points around the tyre’s circumference. You should use the smallest measurement as the basis for your decisions about replacing tyres.

Maybe the easiest way to check tread depth is to examine the tread wear indicator bars. These bars are chunks of rubber that span the longitudinal grooves in the tread usually at every 60 degrees around the circumference of the tyre. “Tread wear indicator” bars normally have an indicator on the sidewall of the tyre, for example the abbreviation “TWI” or a similar indicating symbol would be stamped in the sidewall in-line with the bars for easy reference.

The height of the bars is set at 1.6mm above the lowest point of the groove, which is the legal depth at which a tyre must be replaced in the UK. If your tyre has worn down until flush with any of the tread wear indicator bars, it’s time to replace it, even if the tread is still higher than the indicator bars elsewhere on the tyre.

What is the penny test?

To use this method, take a 20p coin and insert it into one of the tread’s grooves. Crouch down so your eyes are level with the surface of the part of the tread that you are measuring. If you can see any part of the outer band of the coin, this means that your tyres are worn to the point that they are no longer safe and need to be changed. Check different parts around tyre and if any point fails the test, get new tyres.

Another way to check your tread depth is to use a tyre tread depth gauge. The most common model of this tool is a graduated probe, which can be found at car parts stores. The graduated probe has a thin, retractable rod, a perpendicular “foot” and a cylinder with measurements marked on it.

To use the gauge, fully extend the rod and insert it into one of the grooves. Then push down the “foot” of the gauge until it firmly rests on two elevated ribs of the tread on either side of the groove. The shaft with the measurement markings will slide upward as you push the “foot” down and show you the depth of the tread. This shaft usually displays the measurements in both 32nds of an inch and millimetres. Note the depth and repeat the process at various points on the tyre, taking the smallest reading as the definitive one.

In the UK, the minimum legal tread depth is 1.6mm across the centre three quarters of the tyre footprint. Likewise, European standards require tyres to be manufactured with a visual indicator allowing drivers to know when the tread has worn down to 1.6mm or less. However, the actual amount of tread needed to safely drive and stop a vehicle in different conditions may exceed this technical minimum.

One of the main functions of the grooves in tyres is to push water or slush out from under it, or to bite into snow-packed roads, and shallow grooves do not do this job nearly as well as deeper ones. Studies also show that traction and stopping power drop significantly from a tyre with 3mm of tread to one with 1.6mm and most experts agree that it is best to begin looking to replace tyres when they fall below the larger of the two depths. This is especially true if you habitually drive in wet, slushy or muddy conditions. In snowy conditions, adequate tread depth is even more important.

Tread depth by the numbers

A few key numbers to keep in mind when checking tread depth are:

The relationship between tyre tread and stopping distance

Tread depth and stopping distance have an inverse relationship: the shallower the tread, the longer it will take for a vehicle to stop. Exact differences in stopping distance will vary based on a range of factors (type of tyre, type of vehicle, road conditions, etc.). However, in many cases a tyre with a tread depth of 1.6mm will take nearly twice as long to stop on a wet road as a new tyre with full tread depth. A tyre with a tread depth of 3mm will generally stop half as fast again as a new tyre. This means that stopping power drops off exponentially below 3mm, which is why many advocate for replacing tyres before they reach the legal limit.

How to best maintain tyres to optimise tread depth

While tyre tread will inevitably wear down over time, there are several measures that you can take to slow this process and keep the tread deep and effective:

Heel and toe wear, or heel-toe wear, is when the leading edge of each tread block wears down more quickly than the trailing edge. As a result, the blocks form a series of miniature ramps around the circumference of the tyre. This gives the tyre a silhouette similar to that of a circular saw blade, with its teeth smoothed over on one side and sharp on the other. This type of pattern indicates accelerated wear and can cause tyre damage. It can usually be prevented or remedied by rotating tyres.

Is the penny test for tyres accurate?

The 20p test is an accurate way to measure whether tyre tread depth surpasses or falls short of 1.6mm since the size of the band around the edge of the coin is roughly 2mm (see above for an explanation of how to do the test). However, many tyre professionals now recommend replacing tyres when their tread depth reaches 3mm instead of 1.6mm.

If your tyre’s tread is too shallow to be safe or you have other questions about your tyres or tread, contact your nearest tyre dealer.