Only a Motorsport world leader and the preferred supplier of the most prestigious car and supercar brands could benefit from its 140 years of history and passion to create Collezione, the dedicated range tyres for high value cars older than twenty years.
Let yourself be conquered by our Collezione.

TECHNOLOGY OF THE FUTURE,

TECHNOLOGY OF THE FUTURE,

P irelli Collezione tyres are built to offer the original ride emotions, assuring the perfect fit in terms of style and technical performance as originally provided for these classic cars. 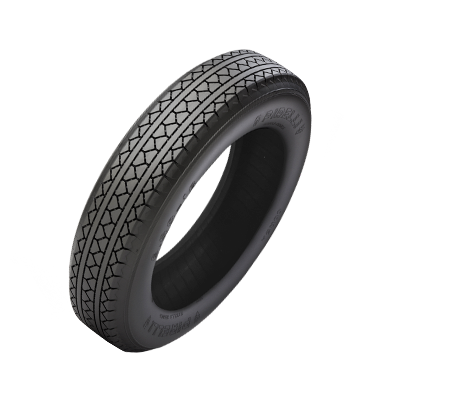 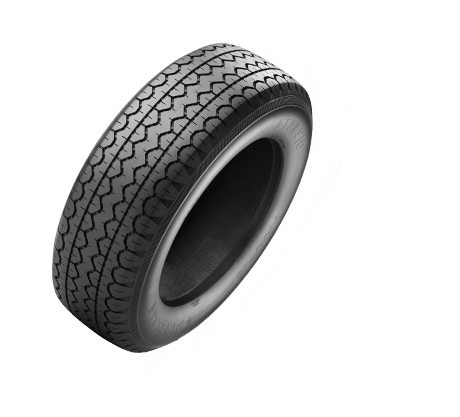 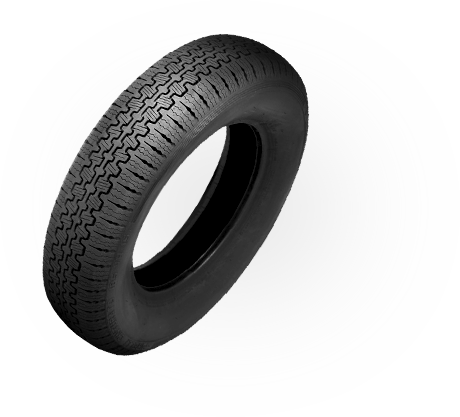 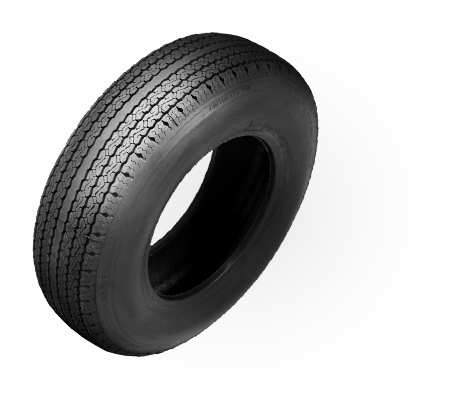 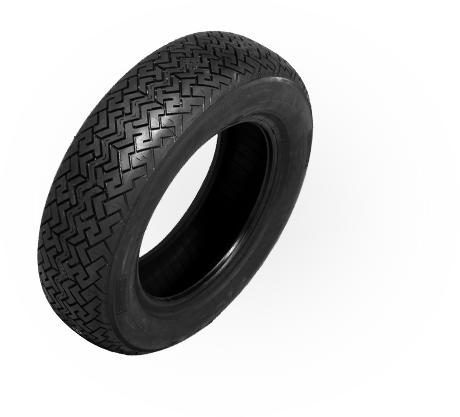 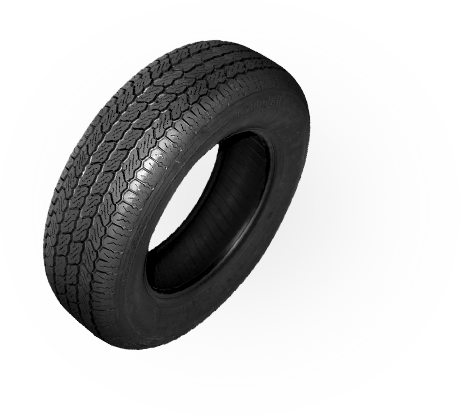 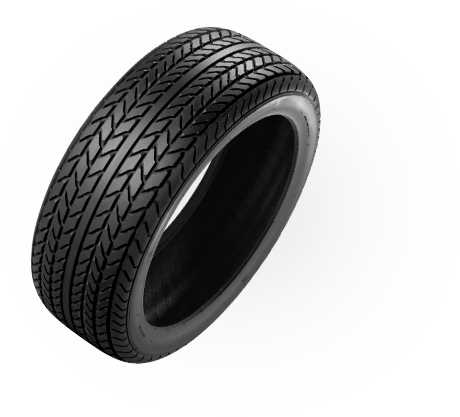 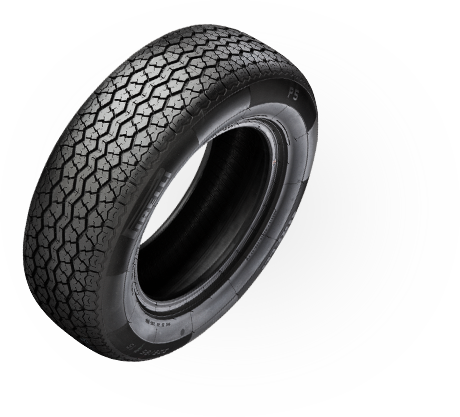 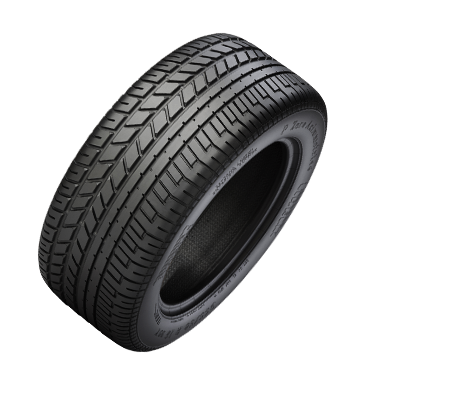 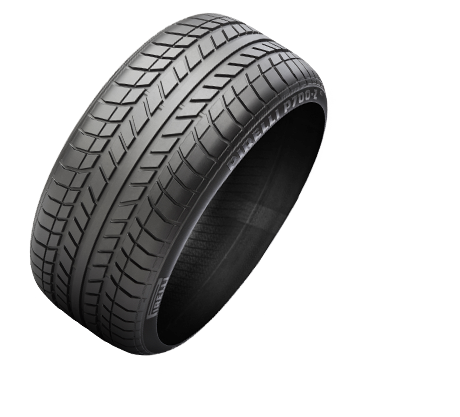 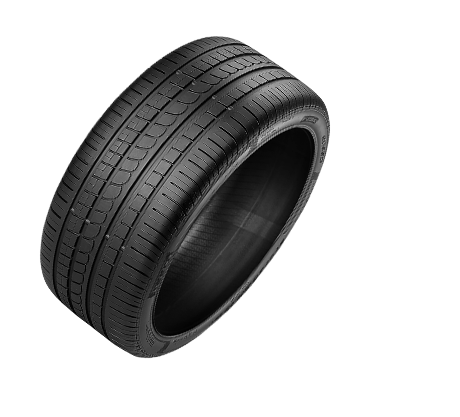 Launched on the market in 1927, STELLA BIANCA was the tyre that brought together all the innovations introduced during the twenties including “cord” carcass fabric, low inflation pressure and “straight side” bead profile. Development testing was also conducted on the track with Alfa Romeo. The STELLA BIANCA tread pattern technology was also a big step forward, featuring a sophisticated combination of trapezoidal blocks that are tightly anchored together by robust “bridges” to prevent tearing at high speed. This tread remained almost identical until the fifties and was eventually used in Formula 1 with Alfa Romeo, Ferrari and Maserati.

At the beginning of the Fifties STELVIO was created, a tyre that combined all the innovations obtained from cutting-edge material research into materials while maintaining a tread pattern with similar alignment to the STELLA BIANCA. The collaboration with Ferrari for the development of this tyre was the first great example of a modern partnership between car manufacturer and tyre manufacturer, this concept of Original Equipment became synonymous with technological excellence. Stelvio saw the introduction of the innovative “nylon” version that opened the transition to the use of synthetic fibers. The early sixties saw also the development of “N + R”, a carcass composed of nylon and rayon. 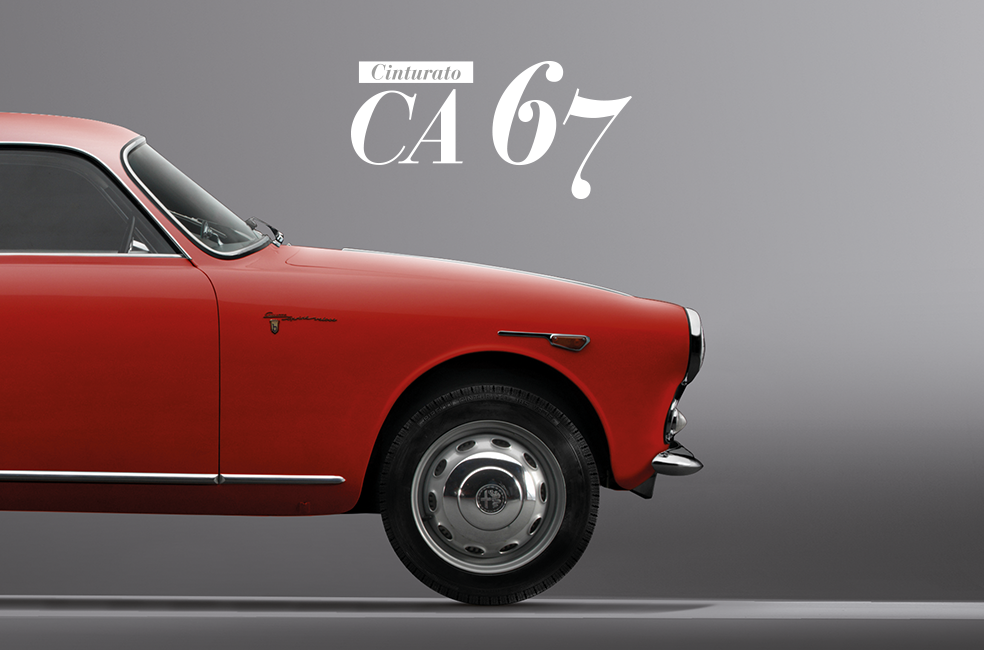 In the mid-50’s a radial casing structure and a textile belt were introduced in tyres. The increased stability brought by the belt prevented any unwanted tyre deformation in all conditions. The adherence was greatly increased and the smooth rolling allowed tread wear to be reduced by more than one half in comparison to a cross-ply tyre. Moreover, the use of the belt favoured the design of new profiles and tread patterns providing greater grip. Patented in 1951 and regularly put on the market in the mid ‘50s the Pirelli CINTURATOTM has kept the classic tread pattern “367” that made it famous throughout the world for over a decade: in 1966 this pattern was codified with the acronyms CF67/CA67. This name came from the 67 manufacturing licences issued by Pirelli to the most important tyre manufacturers in 25 countries. CA67TM was the first textile radial tyre whose speed code was SR, up to 180 Kmh. Its tread pattern was made of ribbed elements separated by four longitudinal grooves “a greca”, very cut shoulder and wide siping. The tread compound was very resistant to high temperatures and to tearing. In the mid‘60s, Pirelli CINTURATOTM was the reference tyre for the greater part of the automotive industry in the world. 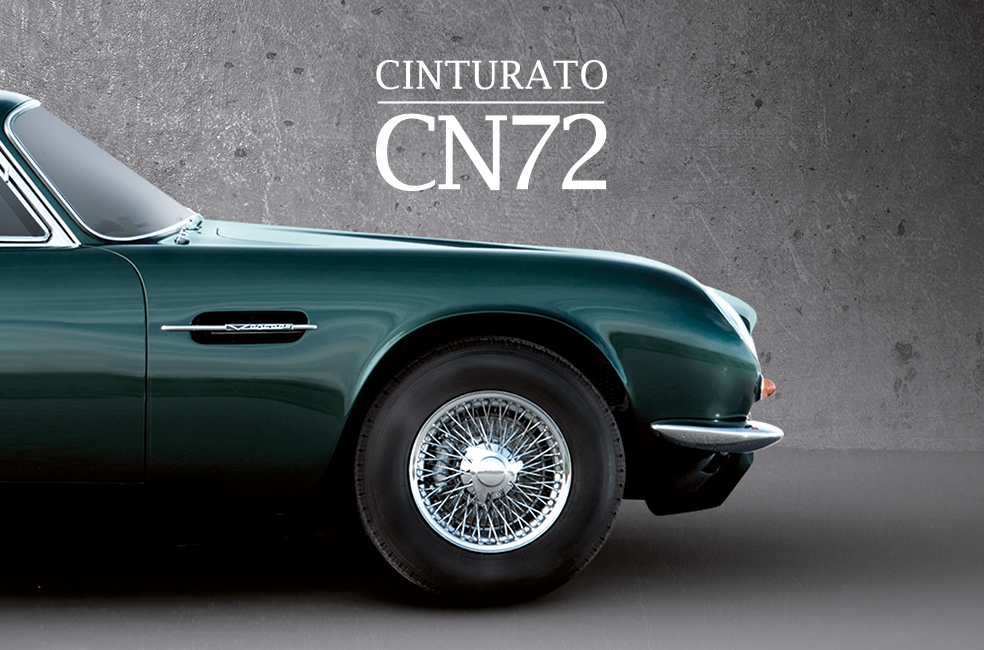 It was the biggest tyre that was capable of maintaining the high speeds that the supercars of the day were capable of reaching. The upwards segmentation of the automotive market in the mid ‘60s brings about the first tyres with speed code HR (up to 210 Kmh) and then VR (up to 240 Kmh). The new versions of the CINTURATOTM H and HS (High Speed) were characterized by the new tread pattern CN72TM which allowed for a silent and comfortable ride. 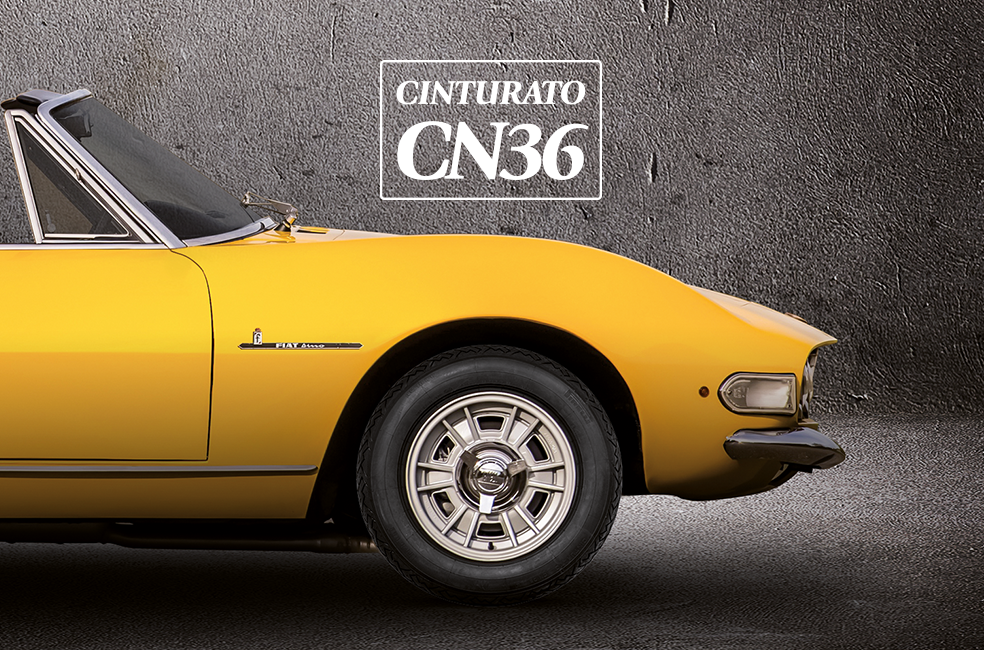 At the end of the 60’s, after many years of study and experimentation, a new technological era started: the use of the steel belt on high performance tyres of HR and VR series (for speeds up to 210 km/h and more). In 1968 the CINTURATO CN36TM was born, specifically created for the Fiat Dino sized 185 HR 14. Designed to match the performance of High Performance and “Gran Turismo” cars, it was the first Pirelli steel radial tyre of standard production. It also marked the Pirelli re-entry into competitions (Rallies) and registered countless victories. The pattern stated as “soft at low speed and precise at high speed”, with longitudinal and diagonal elements that permitted the absorption of obstacles and above all kept the aquaplaning effect at bay. It was a HR tyre with notable sport features, which after a few years extended its size range to both the Serie 70 intended to equip BMW models and the 13 inch sizes with which the Fiat 124 Sport was equipped in 1971. It was thanks to the 124 Sport/ CN36 combination that Pirelli’s long history at the top of International Rally began. 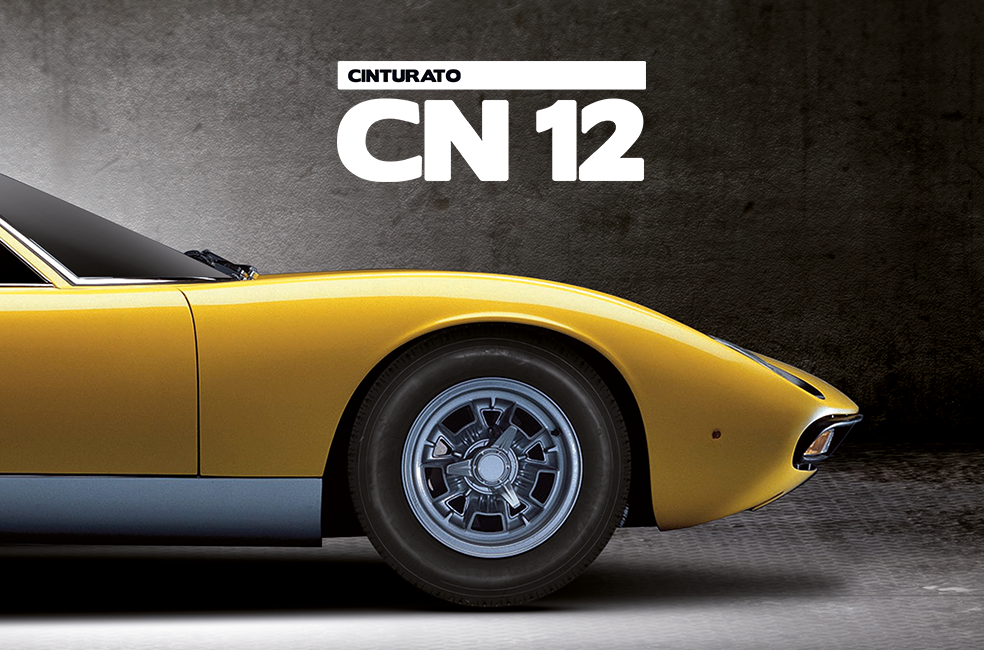 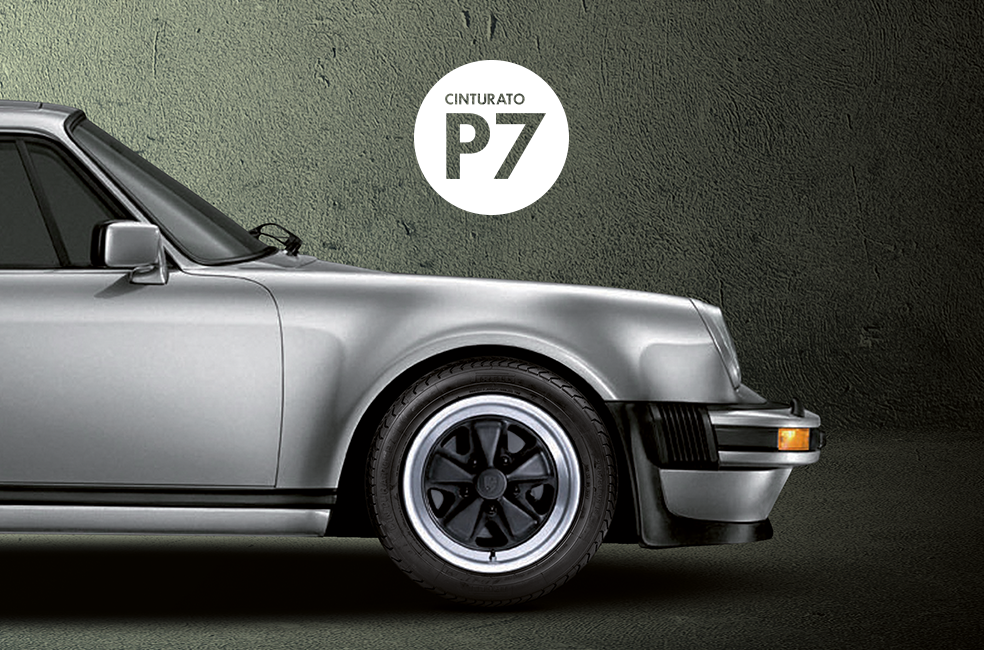 Although it was officially launched into the market in January 1976 in the road version, the Pirelli P7TM had been experimented in the World Rally Championship races since 1974 with the Lancia Stratos. Named Supersport, the new radial brought important innovations into the world of racing tyres, such as the nylon zero degree belt and in particular an ultra-low profile geometry Serie 50. Thus, the development process of the low profile tyres that Pirelli had started with the CINTURATO CN73TM, CN54TM and CN36TM (Serie 70) and with the CINTURATO CN12TM (Serie 60) between late ‘60s and early ‘70s, kept going on with the P7TM. In the same way that the road version led to making the Serie 50 available to standard-model cars, the P7TM used in racing quickly introduced ultra-low profile sizes, all the way to the Serie 30. The road P7TM was adopted for the first time on the Porsche 911 Carrera Turbo, followed by the Lamborghini Urraco and Countach in 1976, as well as by the De Tomaso Pantera. In the size 195/50 VR 15, the Pirelli P7TM was also homologated for the road version of the Fiat 131 Rally. 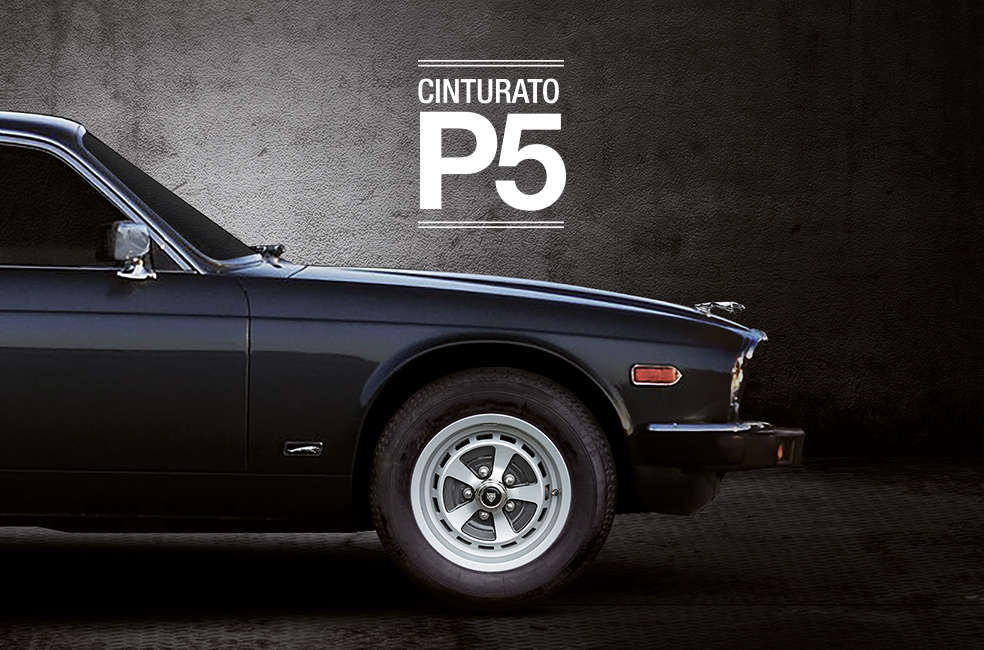 A car maker that “creates” a new series of tyres: Jaguar. In 1977 Jaguar asked Pirelli to specifically develop the P5TM. Technological excellence for luxury cars, comfort and noiseless ride, highest quality: these were the characteristics that CINTURATO P5TM exclusively ensured to the British sedans. In 1979 CINTURATO P5TM was officially homologated in the size 205/70 VR 15 on Jaguar models XJ6, XJ12 and XJS, followed by the size 225/65R15 for Jaguar XJ40.

Pirelli P ZEROTM was founded in 1986 to equip the all wheel drive Lancia Delta S4 engaged in the World Rally Championship. P ZEROTM has a complex structure with dual ply carcass in rayon incorporating kevlar reinforcements. The tread pattern is asymmetric to ensure maximum performance in dry and wet conditions, when cornering and in a straight line. The tread compound derived from the experience in circuit racing, able to provide maximum grip in all driving conditions. The Pirelli P ZEROTM was fitted as original equipment on the Ferrari F40.

The Pirelli P700-ZTM was launched in 1988, it was the first tyre to adopt a Z speed code to exceed 240 km / h. Derived from the super low profile P700TM, the P700-ZTM was again developed from the motorsport heritage, but with a slightly more rounded profile to guarantee the maximum comfort for normal road use. The tread design is comprised of a wide central rib and large directionally orientated tread blocks to ensure maximum grip in the wet.

Born in the late 90’s for the New Millenium, P ZERO ROSSOTM is the fastest, quietest, most comfortable product in the history of sports car tyres. The tyre is called P ZEROTM because that name has become a milestone marking a fundamental turning point in Pirelli Ultra-High Performance tyre technology: Zero as in “zero limits”. And it is called Rosso, the Italian for red, because rosso has always symbolised a love of driving fast cars; that is what led to the birth of the first P ZEROTM, the founding father of the dynasty, which continues to give life to this new generation of ultra-low profile tyres.

During the tyre design process, Pirelli engineers used the same parameters as the vehicle designers used in period,
to complement each car's original suspension set-up and dynamics. The result is performance, style and authenticity 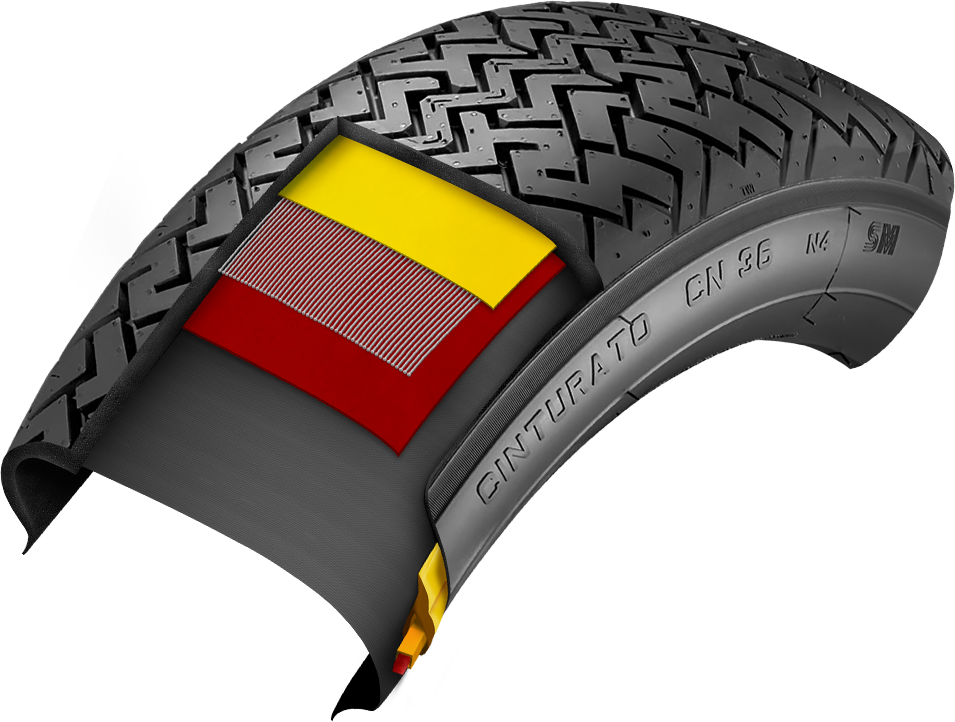 Over 70% of all Porsche vehicles ever built are still on the road today. Porsche Classic makes sure that it stays that way. Porsche Classic has an objective: the maintenance and care of historic vehicles which have not been produced in standard production for at least 10 years. The production and supply of Porsche Classic Genuine Parts allows to ensure that these legends remain on the road even longer, thanks to a state-of-the-art warehouse with around 52,000 Classic spare part items.