The longest-running brand in the Pirelli range has had many different versions in addition to the current range, which caters for modern cars and classics through the Collezione catalogue

To retrace the history of the Pirelli Cinturato we need to step back in time to 1951 to discover a key patent for the company’s first radial tyre.

This innovation, which involved placing a robust fabric belt between the tread and the tyre carcass, made for a stronger product. Pirelli called it the Cinturato, meaning “belted” in English.

The Cinturato has evolved since then, decade after decade, up to the current range that features the Cinturato P7, the Cinturato Winter and the Cinturato All Season. There are also variants for classic cars in the Pirelli Collezione range. These have a vintage appeal supported by the archives of Fondazione Pirelli but incorporate modern technology to maximise safety and performance. 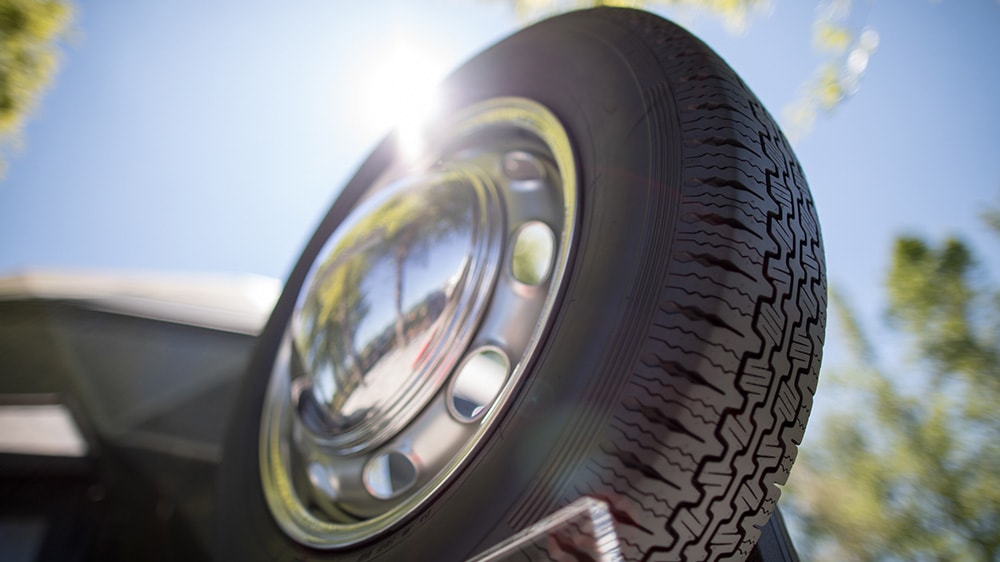 The radial tyre structure was launched on the market in the mid-1950s. The stabilising function provided by the belt prevented tyre deformation in all conditions of use. Improved rolling efficiency reduced wear by more than half compared with cross-ply counterparts. In addition, the use of the belt, accompanied by a new profile design and tread pattern, provided better grip. The original design was maintained for over a decade and the tread pattern was codified by the acronym CF67/CA67 in 1966. The name derived from the 67 processing licences issued by Pirelli to the most important tyre manufacturers in 25 countries around the world.

The CA67 was the first textile radial tyre and its speed code was SR, indicating speeds of up to 180km/h. Its tread pattern has elements separated by four longitudinal “a greca” pattern grooves with a cut shoulder and wide siping. The tread compound was highly resistant to high temperatures and tearing. By the mid-1960s, the Pirelli Cinturato was the benchmark tyre for most of the automotive industry worldwide.

The growing segmentation of the automotive market in the mid-1960s led to the introduction of tyres with HR speed codes suitable for up to 210km/h. New versions of the Cinturato were created – the H and HS (High Speed) – featuring the new CN72 tread pattern for a quiet and comfortable ride. Introduced in 1966, the CN72 was fitted on the entire Ferrari range (250 GT, 400 Superamerica, 275 GTB) and also on the Maserati 4000 and 5000. The following year it was also adopted by Lamborghini for the 350 GT, 400 GT and Miura. The first low-profile GR70 VR 15 (225/70 VR 15) was made in 1969. It was chosen by Ferrari for the 365 GT and GTB, by Lamborghini for the Miura and Jarama and, in particular, by Maserati for the Ghibli, Quattroporte, Mistral and Mexico. The CN72 tread evolved into the CN73.

A new technological era began at the end of the 1960s, after many years of study and experimentation, with the use of steel belts on HR and VR series high-performance tyres for speeds of up to 210km/h and above. The 185 HR 14 size Cinturato CN36, created specifically for the Fiat Dino, made its debut in 1968. It was the first radial steel tyre made by Pirelli for High Performance and Gran Turismo cars. It also marked the return of Pirelli to rallying where the company picked up multiple victories. The pattern was described as “soft at low speed and precise at high speed”, with longitudinal and diagonal elements that enabled it to overcome obstacles and, above all, keep the aquaplaning effect to a minimum. It was an HR tyre with remarkable technical specifications, which after a few years was extended to the entire size range of both the 70 Series, for BMW models, and the 13-inch sizes that were fitted on the Fiat 124 Sport in 1971. The pairing of the Fiat 124 Sport with the Pirelli Cinturato CN36 would go on to enjoy a long winning streak at the top of international rally racing.

The P7 was tested in World Rally Championship races on the Lancia Stratos as early as 1974 before a road version was officially launched on the market in January 1976. Called Supersport, the new radial tyre brought important innovations to the world of racing tyres, such as the zero-degree belt and the extra-low-profile geometry of the 50 Series. The P7 was a continuation of the low-profile tyre development process that Pirelli had kicked off with the Cinturato CN73, CN54 and CN36 (60 Series) in the late 1960s and early 1970s. Like the racing version that led the way to the creation of the 50 Series for standard car models, the P7 used in racing quickly introduced the ultra-low-profile size, up to the 30 Series. The street-legal P7 was first fitted by the Porsche 911 Carrera Turbo, followed in 1976 by the Lamborghini Urraco and Countach and the De Tomaso Pantera. The 195/50 VR 15 size of the Pirelli P7 was also approved for the street-legal version of the Fiat 131 Rally.

In 1976, Jaguar asked Pirelli to develop a special tyre for its cars that would deliver on the Pirelli promise of luxury automotive technological excellence, comfort, quiet driving and superior quality. The 205/70 VR 15 size of the Pirelli P5 was officially approved for use on all Jaguar models from the XJ6 to the XJ12 and the XJS in 1979. The Lancia Gamma saloon and coupé and the Alfa Romeo Alfetta 2.0 saloon and GTV would soon follow. Joining the “racing” P7 and the “sporting” P6, the P5 completed the “Serie Larga” family of Pirelli wide, ultra-low-profile tyres in the 1970s.

The brand-new Cinturato P7: a new tyre for a new era of movement