Several thousand fans of Porsche sports cars flocked to the premises of MOTORWORLD, the popular space for mobile passion, in Böblingen near Stuttgart 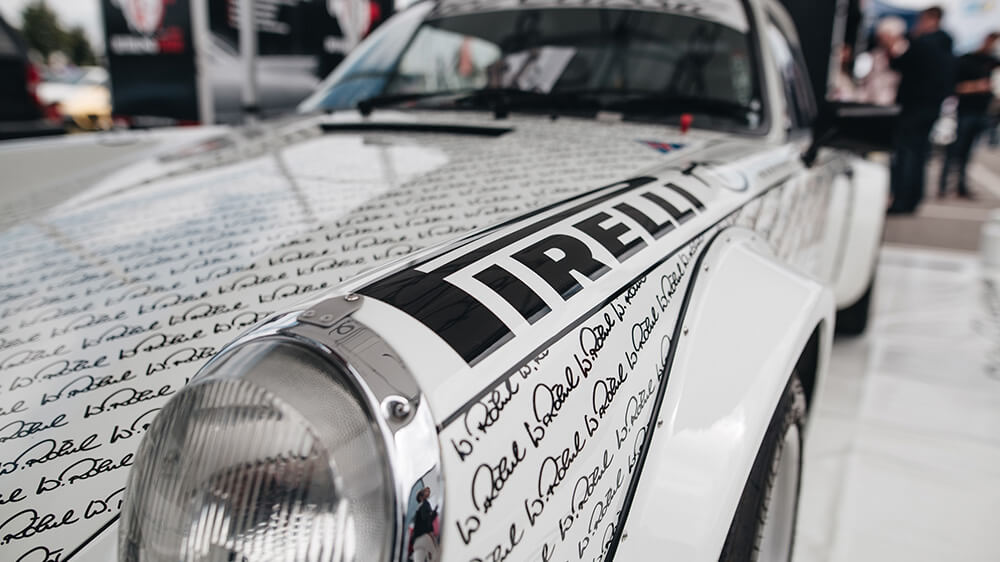 Also this year the visitors of the PFF-Porschetreffen got their money's worth. Around 900 Porsche sports cars awaited them, whose owners had travelled from all over Europe. The longest journey was made by the driver of a 928 Porsche from Tenerife. At the Concours d'Élegance - a parade of Porsche models right past the visitors - the fans were very close to their dream objects. From the 356 to the newest model, everything was there. Among the highlights were the Cararra GT and 25 vehicles of the special model 30 years 911 from 1993, and the most beautiful Porsche models in the parade were awarded prizes.

Pirelli accompanied the event as official premium partner. The tyre group has been working with the sports car manufacturer in the original equipment sector for a long time. For a lot of models such as the Porsche 911, or the Cayenne, technicians develop ultra high-performance tyres precisely tailored to the individual models and their specific characteristics.

At the PFF Porsche meeting, Pirelli presented not only Porsche approved ultra high performance tyres for new sportcar models such as the P Zero and the Sottozero Series III, but also examples of the P Zero Color Edition and the Pirelli Collezione with classic tyres for classic and vintage cars.

To the delight of many owners of older Porsche sports cars, Pirelli has also been producing tyres for the classic cars from Zuffenhausen since 2016. Their tread images resemble those of the original tyres of yesteryear and help historic sports cars to a harmonious appearance down to the last detail. But apart from the retro look, the classic tyres are powerful high-tech ones. Pirelli uses modern design and compound technologies in its production. The carcasses of the new Porsche tyres are also similar in construction to the current Pirelli premium tyres.

Many guests of the PFF-Porschetreffen took the opportunity to inform themselves about this special tyre collection from Pirelli. Those who wanted to find out more about Porsche's history from a professional source also got their money's worth. Racing legend Hans Herrmann, former Porsche racing driver Eberhard Mahle, engineer and former Porsche Motorsport boss Hans Mezger and former Porsche racing driver and technician Günter Steckkönig entertained the visitors with numerous stories and anecdotes.

At the end of an eventful day, everyone agreed that the visit was worthwhile. There was a lot of petrol and even more Porsche myth in the air.