Peking to Paris:
a first for Ferrari

Intrepid Italians Giorgio Schön and Enrico Guggiari took on the challenge of driving 14,000km in a 1970s Ferrari 308 GT4 fitted with Pirelli tyres

Home road Peking to Paris:
a first for Ferrari

Peking to Paris:
a first for Ferrari

Two friends stand on the roof of a classic Ferrari, surrounded by the beauty of a Parisian square. Behind them 14,000km of incredible landscapes and memorable moments, as well as mud, pain and strife.

Such was the experience of Giorgio Schön and Enrico Guggiari as they completed the Peking to Paris Motor Challenge, having travelled across 12 countries in a 1974 308 GT4 Rossocorsa fitted with Pirelli tyres.

It was an incredible achievement given that no Ferrari had ever completed the endurance race before. Though it was not without some sadness for the two drivers who might have gained a place on the podium were it not for a series of mishaps. 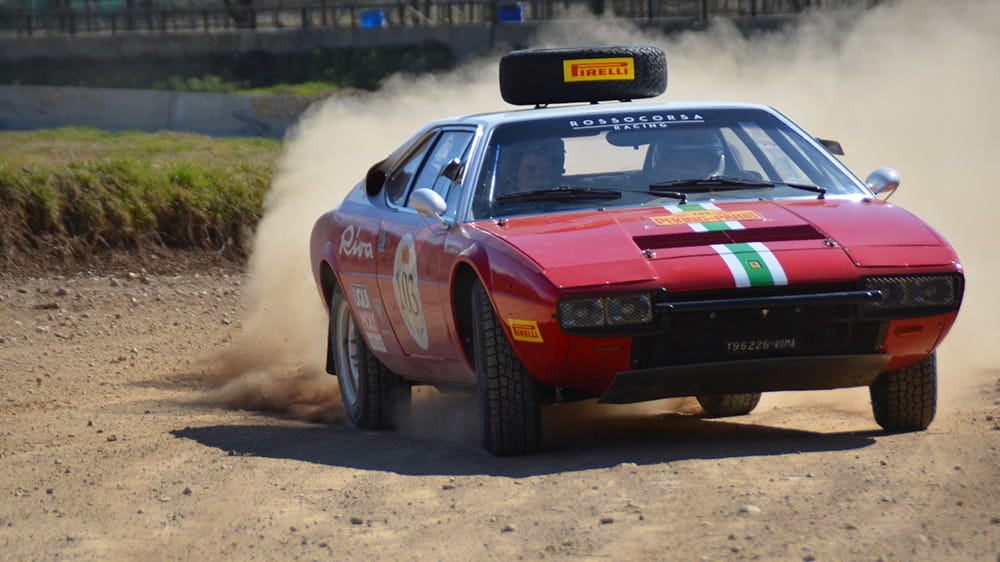 “We are happy but there is also a twinge of regret,” explains expert driver and former energy consultant Guggiari, 72. “We felt that the car and the tyres were worthy of a top-three finish and we won lots of special stages but unfortunately we had some unforeseeable problems that really slowed us down.”

In fact, they were forced to stop in the very first stage – immediately after leaving the Great Wall of China – because Guggiari was suffering from a kidney stone and needed two days of emergency medical treatment.

The pair were initially ruled out of re-starting the race: “They told us the rally was over for us, which was a horrible anti-climax, but luckily they then allowed us to carry on,” says Schön, 73, a businessman in the fashion industry and founder of Rossocorsa Racing.

Making up for lost time

After re-entering the race, the duo had two days to make up, driving through the captivating yet decidedly tricky Gobi Desert, but they were feeling happy to be in the race at all and enjoying the incredible landscapes of Mongolia.

“The views were amazing,” recalls Guggiari. “It was definitely the best part; also in terms of the racing.”

“The skies of Mongolia have an incredible colour – we travelled along some once-in-a-lifetime roads,” adds Schön.

By recording some spectacular times in the special stages on desert-track roads, the pair moved their red car out of last place – from 108 teams – although the leaders remained beyond reach. After another medical issue, the 308 GT4 began flying and, as they entered Europe, the duo were in 50th place and ready to challenge for the European Cup – a category that takes into account only the stages in the continent.

“The car ran absolutely perfectly, even though no one ever thought we would manage to complete the race,” recalls Guggiari. “When we were back in Beijing the carburettor had completely gone, so I spent an afternoon changing spark plugs and trying to combine the carburettors. Other competitors were walking by and thinking ‘These guys will never make the start’, yet we managed to complete the race, driving on our Pirelli tyres the whole time.”

The car ran absolutely perfectly, even though no one ever thought we would manage to complete the race

Pirelli tyres that did their duty perfectly: “In Asia, on really dangerous roads, almost dirt tracks, we fitted Scorpion tyres, which are ideal for dirt roads,” explains Schön. “We only got two punctures, one because of a really sharp rock, the other due to a nail. In Europe, on the other hand, from Finland onwards, we went with the CN 36 tyres, which made us really fast on the special stages, where we often got the best times.”

The pair found themselves ahead of the field in the European Cup and with a healthy lead, but bad luck continued to dog them – in Poland they were deceived by the signage on a petrol pump and ended up filling their car with diesel. The hours lost as they emptied the tank and cleaned the engine put paid to the two Italians' hope for a podium finish. “It was a real shame, especially because we had an amazing car and were driving well, with Enrico at the wheel for the special stages on dirt tracks and me for the Tarmac,” says Schön.

On 7 July, after 36 days and 12 countries, the chequered flag was raised in the Place Vendôme by Paolo Costantino Borghese, a descendant of Prince Scipione Borghese, the winner of the first Peking to Paris rally in 1907. The Australian legend Gerry Crown, now aged 87, and his co-pilot Matt Bryson had scored a historic hat-trick – winning the rally for the third time in a Leyland P76.

Another incredible feat came from Mitch Goss and Christopher Rolph who reached the finish line after driving the 14,000km in a 1910 steam car.

Finishing was a really emotional moment, according to Schön. “There were all our followers, a few friends and family: when you arrive you feel like you've managed to do something important. You have to celebrate in Paris, anyway.”

The next Peking to Paris Motor Challenge will take place in three years' time and neither Schön nor Guggiari has ruled out repeating the event.

“In 2022 they are planning to change the European route, moving to the south towards Turkey and Greece,” says Guggiari. “And I have to say that this year the roads were a bit boring from Finland onwards, while those planned for the next one look really good.”

Schön also wouldn't mind another go, which would be his third attempt. “It would be amazing, though three years will have passed so I will have to see how I feel.

“The sign-up deadline is in six months’ time, mind you, and even though it's expensive, places get snapped up straightaway because of the beauty of this unique race – so I will have to make a decision pretty soon.”

Safety first: what to check
before setting off