Conquering one of the world’s epic journeys, with a Ferrari 308 GT4 and two sets of Pirelli tyres

Home road By Ferrari
from Peking to Paris

It’s never going to be a particularly easy journey: 14,000 kilometres through the Gobi Desert and Russian steppes, as well as more familiar European landscapes. The rules of the Peking to Paris race also say that it has to be tackled in a car built before 1976. The start takes place in the shadow of the Great Wall of China, with the finish coming 36 days later in the elegant surroundings of the Place Vendome. 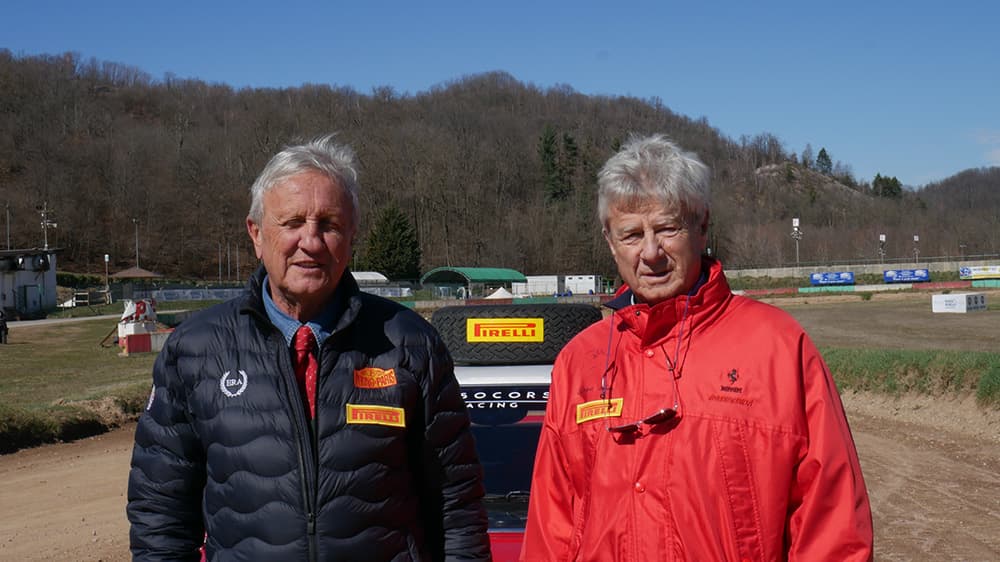 The very first Peking to Paris race, back in 1907, was designed to show that drivers and cars could go more or less anywhere. Just five crews took part and the winner was the aristocratic Prince Scipione Borghese from Italy. He was accompanied by Ettore Guizzardi in his Itala 35/45 HP (on Pirelli tyres) as well as by Corriere della Sera journalist Luigi Barzini – who would go on to write a book about their adventures.

This year the race is being run again, for only the seventh time. And for the first time, a Ferrari 308 GT4 is going to be taking part, driven by the intrepid crew of Italians Giorgio Schon and Enrico Giuggiari.

They’re going to be using two sets of Pirelli tyres to help them on their way. In Europe, they will run on normal asphalt tyres. But on the first leg of their odyssey, running mainly on gravel roads in Asia, they will use Pirelli Scorpion ATR tyres.

Giorgio Schon, a youthful 71-year-old who is also a fashion entrepreneur, car collector and luxury car dealer points out: “These are incredible tyres, which grip really well even on the roughest roads.”

Guggiari – a 70-year-old former waterskiing champion, whose hobbies include skeleton bobsleigh – adds: “Pirelli has given us a tyre that’s really strong on gravel. It’s got a tall sidewall, which gives us a better ride height in rough conditions, and it’s really long-lasting too. Then, for the second part of our journey, we’re going to be using normal CN36 tyres from the Pirelli Collezione: the same tyres that were available when the 308GT4 was new.”

These two adrenaline-fuelled septuagenarians don’t quite get the concept of a quiet retirement. “We first met on the 1999 Safari Rally in Kenya,” remembers Guggiari. “We’ve been friends for a long time and we’re also both a bit deaf – which means that we never argue!”

Schon has previous experience of the daunting Peking to Paris Rally, from 2016. “That was a very long adventure on unique roads, with stages where you’ve got to try and find the way at an average speed of about 100kph,” he points outs. “Even though each leg is around 350 to 600 kilometres long, the car soon becomes your life. The hardest bit for me was driving 600 kilometres through gravel in Mongolia and then having to pitch your tent at the end of it. Luckily, this year, I’ve managed to get someone to put my tent up for me…”

The crew have already tried out their car during an off-road test in Italy, ready for the start in Peking on June 2. Guggiari’s conclusion about their Ferrari is that it’s: “An honest car, a solid car. I’ve always loved speed and getting there before anyone else.” He’s been competing on classic car events for about 10 years. “I don’t believe in modifying cars too much: they are there to be driven. It’s not just about winning at any cost.”

Nonetheless, their firm objective for this Peking to Paris race is definitely to get to the end – and hopefully ahead of the other 110 competitors. But just how do you win a race that is as gruelling as this one?

Schon, who led the last day of the 2016 Peking to Paris event in a 1971 Alfa Romeo Giulia, says: “You have to prepare the car well, because a small problem could become a massive one in the middle of the desert.”

Guggiari adds: “The winner is the car that doesn’t break. So it’s important not to set off like crazy. Luckily, we’ve got enough experience not to force the pace too much in the first couple of days.”

So is it going to be more fun to be in Peking on June 2 or Paris on July 7? “Definitely Paris in July, with the car intact,” they both agree.
The build-up to the race has been spent preparing the car in the Rossocorse workshop (the luxury car dealership owned by Schon) as well as sorting out sponsorship agreements and travel arrangements.

Many people have described the charismatic pair as crazy, but the 14,000 kilometres and 10 countries ahead of them – in an ageing Ferrari – only serve as extra motivation.

“In Paris three years ago I said I’d never do this race again, but already after two months I had changed my mind,” said Schon. “This time I actually think it really is the last time – although the man who won the last two Peking to Paris events is taking the start again this year: aged 86!”

Age is no barrier to success – only lack of ambition.