2018 has had something of a fallow year when it comes to the traditional British summer; out with the rainclouds and in with glorious blue skies and consistently warm weather

The 2018 edition of the Salon Privé was no exception to this either as crowds of people attended the prestige car show with a difference. At the end of August hundreds of ultra-collectible cars, including a gorgeous Ferrari 250 GT LM and an Aston Martin DB4 GT Zagato, grazed in glorious sunshine for three days on the sun-baked, regal lawns of Blenheim Palace. Many of the exquisite examples of automotive history were flown in from overseas specifically for Salon Privé visitors to admire and adored. The excellent presentation also meant that teams of elite car detailing experts were on hand, meticulously caressing the elegant bodies of the various prestigious and performance cars on show. 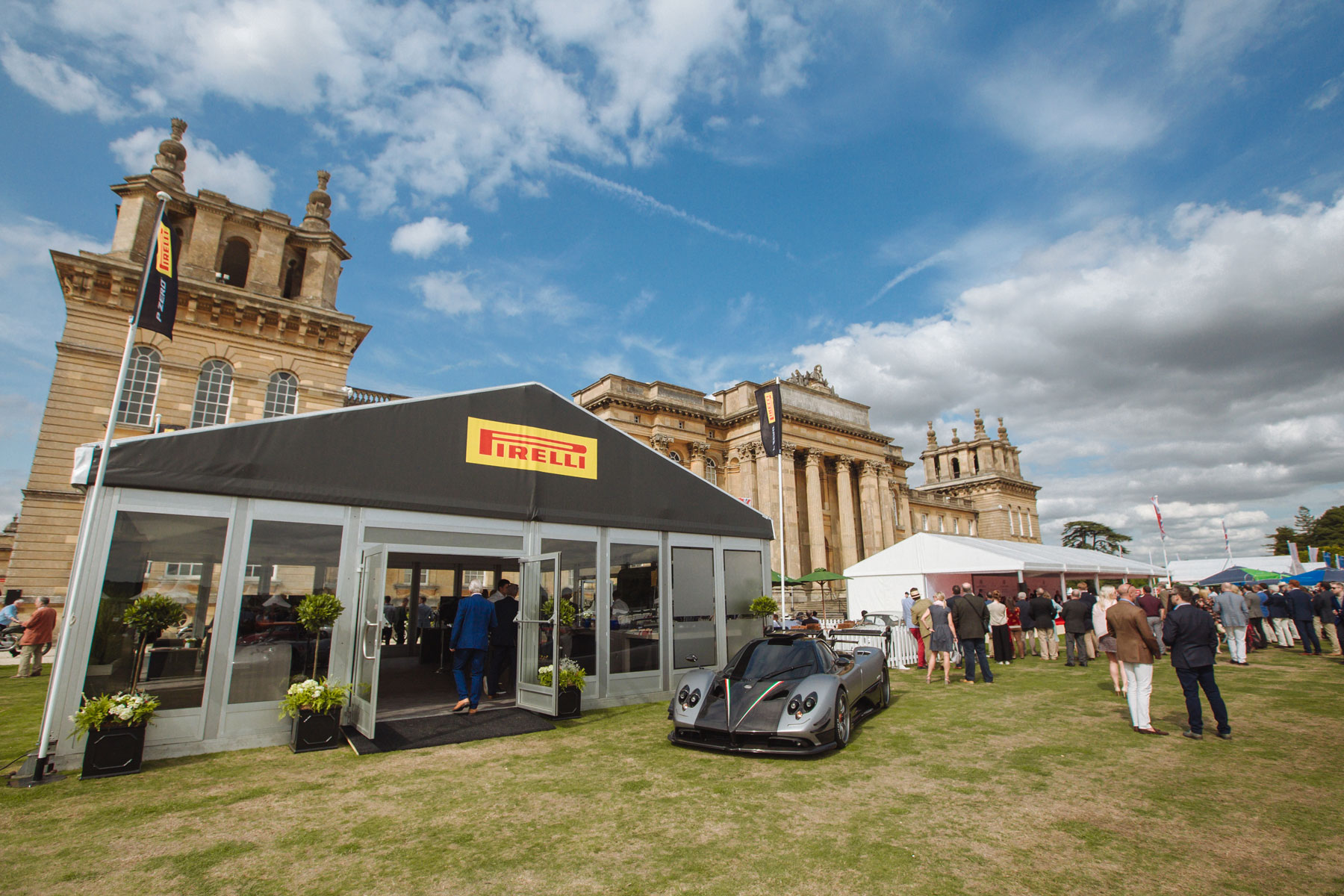 As a partner of the event in its fourth year, Pirelli had a special hospitality and display area for guests to learn more about the ever-expanding Collezione and contemporary tyre range. Supplying 250 litres of gelato and sorbet and 750 cups of high-quality coffee, equivalent to 15 kilos of coffee beans, to Salon Privé guests. A small garden area was available too with a pristine Porsche 356 for company.

A special location had been selected for this year’s edition of the automotive garden party like no other, with its fourth consecutive year of Pirelli support. Salon Privé became the first ever event to be located on Blenheim Palace’s famous and pristine cricket pitch, right at the foot of the palace itself. With the outfield and infield littered with calm and composed car displays, the meticulously maintained cricket pitch included a display of its own with two model of horses taking centre stage.

The variety of beauty on offer was able to whet enough appetites to the point that 6,000 flavoursome lobsters were devoured over the course of the weekend. The luxurious sea food was accompanied by 3,000 succulent lemon and thyme chicken skewers with a potato salad which consumed almost a tonne of potatoes. Washing down lobsters in the thousands was made easier by the gentile atmosphere and around 12,000 glasses of Pommery Champagne.

The decadent automotive display hosted the European unveiling of the new, record-breaking Lamborghini Aventador SVJ. A V12 powered brute that darts to 60 in less than 3 seconds, the new Aventador reaches the dizzying heights of 218 mph. With Pirelli selected as the car’s Original Equipment tyre supplier, it is the most powerful naturally aspirated production car Lamborghini has ever made.

Despite the decadence and exclusivity of the Salon Privé, the lawns of Blenheim Palace also played host to the Concours d’Elégance. Overseen by an expert panel of 17 judges, over 70 pristine ultra-rare cars and motorcycles were presented for various prizes. The Concours committee was chaired by the distinguished five-time Le Mans winner Derek Bell MBE. Bell himself, had two cars on display too: a 911 Carrera 4 GTS ‘British Legends’ edition and, being a self-confessed 924 super-fan, a 924 Carrera GTS.

For those passionate about food, all things regal and automotive then Salon Privé’s afternoon tea has the perfect twist. After spending the afternoon gazing and potentially fantasising about cars such as Derek Bell’s iconic Sapphire Blue Porsche 911, a delicious afternoon tea spread was put on by Salon Privé. Despite a relaxing and tranquil atmosphere gracing the lawns of Blenheim Palace, the Salon Privé catering effort was anything but. After sifting through the thousands of lobsters over 30,000 finger sandwiches were then prepared together with cream teas. The cream teas themselves are a pure story of excess, requiring an extra special effort to seamlessly distribute over 240 kg of clotted cream, 160 kg of jam and 8000 scones.