Salon Privé is an automotive event with a difference. Taking place this year from September 1-3, it is designed to be more of a stylish garden party than conventional motor show, staged in the grounds of the stunning Blenheim Palace in Oxfordshire, England.

The event was the idea of brothers Andrew and David Bagley, two supercar enthusiasts who wanted to create an environment for manufacturers to display their latest models in an open but safe manner, allowing people to get close to their creations. 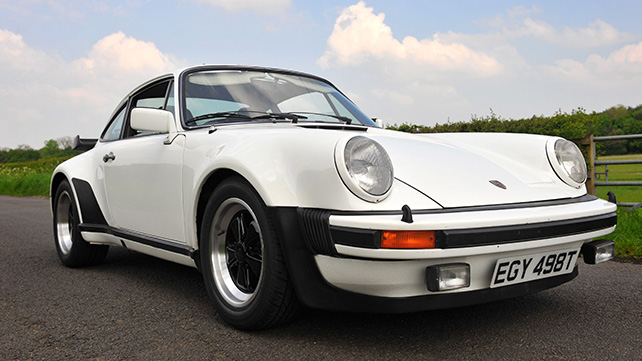 In Salon Privé they created an exclusive and glamorous social occasion, where prestige car brands can entertain guests and new customers in a relaxed atmosphere. First held in 2006, the event spent five years at The Hurlingham Club in London before moving on to Syon House, and then relocated to Blenheim House last year.

The 2015 edition was also the scene of the inaugural Pirelli Prestige & Performance Competition, which returns this year following the successful debut. A modern twist on a traditional ‘Concours d’Elegance’, this celebrates supercar models built from 1976 to the modern day, giving private owners the chance to display their cars at Blenheim Palace.

Awards are given across a number of categories, and from these the overall Pirelli Award winner is chosen, by a judging panel that includes senior Pirelli representatives. Last year, this honour went to a Ferrari LaFerrari: the most advanced Prancing Horse ever created.

Salon Privé and the Prestige & Performance Competition go hand-in-hand with Pirelli’s commitment to high performance. The P Zero features as original equipment on many of the world’s leading supercars, with engineers from Pirelli’s renowned research division collaborating closely with their counterparts from prestige car manufacturers to understand the specific requirements of each individual model and supply a bespoke tyre.

Many of the latest and most spectacular cars on display at Salon Privé will be on Pirelli tyres, including the Lamborghini Centenario, a limited edition model built to honour the 100th birthday of company founder Ferruccio Lamborghini, which will be making its debut on UK soil.

In fact, Lamborghini and Pirelli have been working together since the Sant’Agata manufacturer was founded in 1963. The Centenario is the latest in this long tradition, with only 40 models planned for the limited production run (20 coupés and 20 open-topped cars).

Salon Privé is a perfect complement to Pirelli’s focus on prestige, with the Italian firm supplying the majority of premium and prestige car manufacturers all over the world, as the tyre of choice for the most desirable cars on sale. Recently, Pirelli opened P Zero World in Los Angeles, as a boutique showroom and meeting point for supercar owners: the first of a number of others that will be rolled out all across the world.

As such, Pirelli is synonymous with power, elegance, safety, style and the ultimate in high performance: just like the cars that are represented at Salon Privé. The sense of occasion that Pirelli tyres bring to every driving experience is also perfectly encapsulated by Blenheim Palace itself, which is one of the most celebrated venues in the United Kingdom, with UNESCO World Heritage Site status.

Built from 1705-1722 in the English Baroque style, the palace was traditionally the residence of the Dukes of Marlborough, and is well known too as the birthplace of Sir Winston Churchill (who is buried nearby as well, and was related to this well-known aristocratic family).

It’s a salon with a difference, which provides a brilliant day out for the entire family in unparalleled surroundings. And Pirelli, of course, is at the forefront: during the same weekend as the Italian Grand Prix, which takes place just 20 minutes away from the company’s global headquarters in Milan. Wherever there is style, power and pace, there is Pirelli.

Engineering: how to design
a tyre tread