Innovation at the Swiss motor show, vintage cars at the Florida gathering: the rituals of excellence

The passion for motors takes many different forms, spanning distant generations and drivers in search of a variety of different sensations and emotions, from the classic roar of a powerful engine to the latest hi-tech innovations. The most essential elements, shared by all, are a steering wheel (apart from driverless vehicles, that is), four wheels and a road. And the desire to get together to share a common ritual, seeing oneself mirrored in the ever-changing legend of the car. Now this dichotomy is clearly apparent in two major events in March: as the future of the automotive industry becomes the present in Geneva, vintage cars are being celebrated in  Amelia Island, more than seven thousand kilometres away, where Werks Reunion is held, sponsored by Pirelli. Innovation and tradition, apparently opposites, are in actual fact two related and central aspects, both at the Palaexpo in Switzerland and in Florida. Excellence is capable of keeping up to date, anticipating the times, as in Pirelli’s excellence, featured at both events. 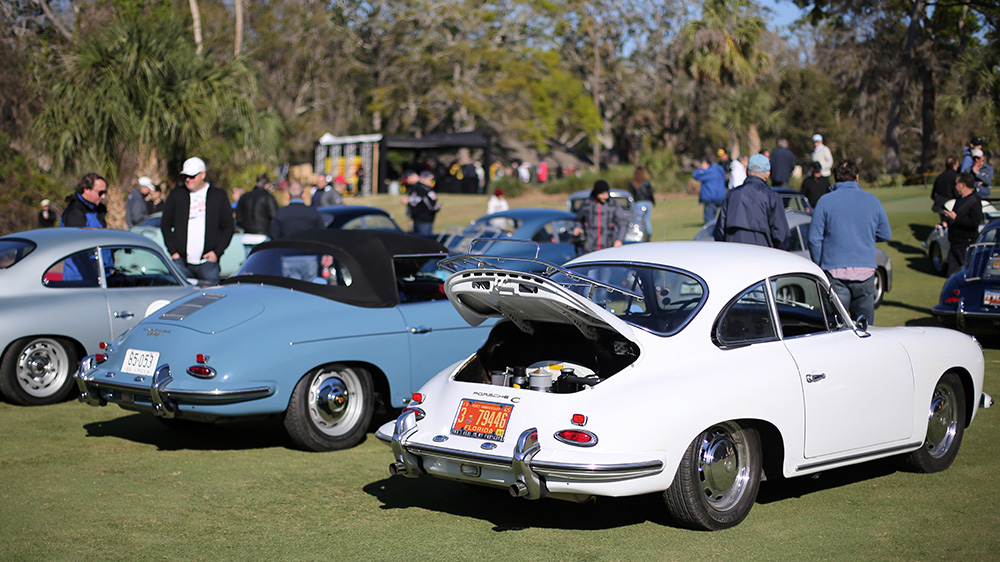 Visitors to the eighty-eighth Geneva Motor Show will find themselves surveying intriguing prototypes and new vehicles already in production, with a strong emphasis on electrification, connection and sustainable mobility. From the Jaguar I-Pace, the British car-maker’s first electric model, to the GFC Style and the Envision by Fabrizio and Giorgetto Giugiaro and the hybrid Volvo V60, all new cars mounting Pirelli tyres, fans wandering about the Palexpo in Cointrin are offered a preview of the mobility of the future, overturning the rules in a number of ways. And yet, in the temple of sophisticated, visionary concepts, there is still a lay liturgy revolving around motors, with very few changes to the usual scheme: 11 days open to the public, preceded by two days reserved for the press and for the crowning of the Car of the Year. The exhibition spaces are also still the same, six pavilions in which manufacturers exhibit more than 900 cars. And then the usual events for fans, such as this year’s Tag Heuer exhibition featuring three racing supercars, and the Back to the future show featuring a number of the most significant prototypes and concepts that made their debut at the Swiss show in the past.

But the chairman of the event, Maurice Turrettini, admits that Geneva is reviewing its exhibition model; Turrettini has announced a partnership with Ifa, a Berlin event focusing on consumer electronics, as a sort of European answer to Ces in Las Vegas.

At the same time, on March 9, the Werks Reunion, sponsored by Pirelli, has been held. A focus on details, support for collectors, elegance and power are the keys to the second edition of the Werks Reunion, sponsored by Pirelli, which has been making customised P Zero tyres bearing the “N” mark for Porsche for thirty-five years, in accordance with the brand’s Perfect Fit strategy. The gathering organised by the Porsche Club of America is a hymn in praise of the car, bringing together true fans, the most striking example of why the Amelia Island event has become one of the most important of its kind in the United States for people who have a symbiotic relationship with their cars.

“N” is for Porsche