We’re heading back to Blenheim Palace for the third time as our Prestige and Performance Competition sees 80 stunning supercars going head-to-head once again! This time, however, it’s all change as the event evolves. Say hello to the Blenheim Palace Classic & Supercar. Here’s what’s to come!

We’ve joined Salon Privé at Blenheim Palace since 2015, the first year in which we held our Prestige and Performance competition. In previous years our event was packed with examples of automotive luxury and a passion for cutting-edge performance across all eras of motoring. And that, for one thing, is certainly not changing. So what is? 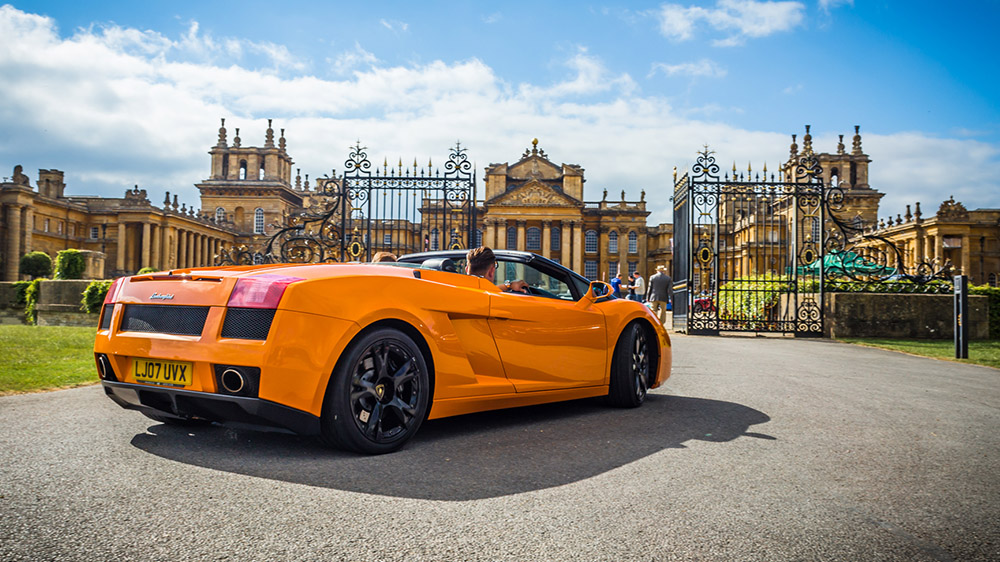 Our Prestige and Performance Competition has a new home within the bigger and better Blenheim Palace Classic & Supercar on Sunday the 3rd of September. This new show has been brought forth into existence to double down on the supercar sights and experiences enjoyed at the palace in previous years by enthusiasts from all over the United Kingdom.

Now, there’s a lot in a name and with a moniker like Blenheim Palace Classic & Supercar a certain expectation is set well before the memory of past events informs further excitement for petrol heads of all ilks. And how do you live up to expectation? By delivering on the name. Yes, you guessed it! Blenheim Palace, a fantastic location in the heart of Oxfordshire comprising of a lavish 17th-century stately home set in sprawling, impeccable grounds, will be filled from courtyard to lawn with both timeless classics and spectacular modern supercars. But that’s not all…

Our Prestige & Performance Competition is at the centre of Sunday at Blenheim Palace, just as it was in years gone by. However, while it now sits under the all-new BCS show, the whole event still retains that undefinable Salon Privé vibe as the authors of the English supercar garden party are very much still behind the wheel of this new metaphorical vehicle for literal automotive excellence and supercar extravagance.

Eighty cars are divided, quite neatly we may add, into the eight categories of our Prestige & Performance Competition. The first of which marks the 30th anniversary of P Zero and the genesis of our approach in providing ‘#ThePerfectFit’ with an entire category dedicated to the Ferrari F40. Yes, that’s right, ten whole F40s… That’s some serious net worth sat in suitable surrounds in the Great Court.

Bringing a concentrated slice of Salon Privé into our Prestige & Performance Competition is Hypercars From The Lawn, a title that is both mysterious and promising. One such contender entering this titanic category is the Lamborghini Centenario, which, even if you’ve only ever caught a glimpse of this jaw-dropping Raging Bull to date, you’ll know you won’t want to miss on the 3rd of September.

And we can only hope for fair weather on Sunday the 3rd in this next category, Super Roadsters - Open Top Supercars. The epitome of luxury and, let’s be honest, well-deserving of a good showing off, drop-top supercars are a mainstay in the Monaco ‘riviera lifestyle’; but perhaps are not so regularly used in the exact same way in the United Kingdom. (Our two weeks of summer per year notwithstanding.)

With five more categories on display, including Pin Ups, Scissor Doors - Lambo Style and the Best of British the day promises to be packed with awe-inspiring motoring sights gathered together as never before both within and around Blenheim Palace. There will be many more displays beyond our chosen eighty, not to mention the palace itself and a parade of supercars following the winding gravel paths which cut through the picturesque grounds of the Oxfordshire stately home.

On top of it all, we’re marking 70 years of Ferrari during the Blenheim Palace Classic & Supercar both with a dedicated celebration of all things Ferrari and within our Ferrari F40 @ 30 category… Many more Ferrari supercars beyond will be on display from all eras of the iconic manufacturer’s history. All in all, the 3rd of September is shaping up to be a must-see show for any and all automotive enthusiasts!

The art of Perfect Fit