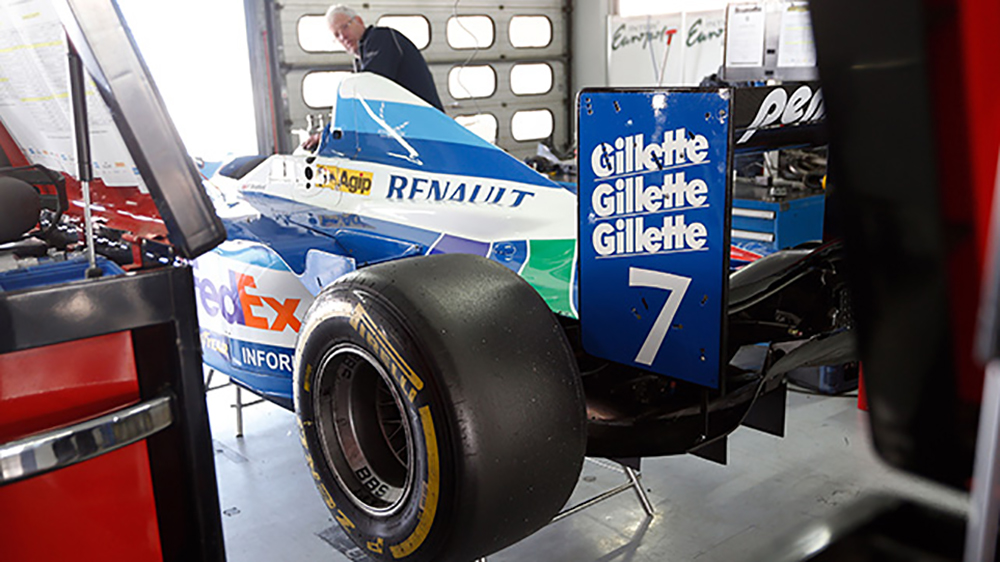 Roaring engines, the smell of petrol in the air, stunning duels on the track: Motorsport enthusiasts got their money´s worth at the Bosch Hockenheim Historic - The Jim Clark Revival at the Hockenheimring. The popular classic car event has long been one of the highlights in the calendar of the Baden Grand Prix track and traditionally opens the motorsport season in Germany with top-class racing series and a first-rate supporting programme - not only for connoisseurs of the scene, but for the whole family.

The historic race sport event in honor of two times Formula One world champion Jim Clark attracted about 20,000 visitors in late April. They enjoyed the special flair of the event, whose principle of open paddock enabled the fans to take a close look at legendary Formula 1® and Formula 2 cars, super sports cars and CanAm cars. They could look over mechanics shoulder as well as talk with drivers and owners of the single-seater.

Tyre manufacturer Pirelli, known for its special relationship to the top series of motor sports, was premium partner of the event. Throughout three days, nine different racing series with a total of 18 races took place. Among them the first round of the BOSS GP Championship 2017, one of the most spectacular racing series in the international motor sport world. Racing cars of the Formula One, GP2, IndyCar, World Series by Renault, Superleague Formula and Formula 3000 series compete at the BOSS GP. In 2017 they are racing exclusively on Pirelli tyres for the first time. The racing tyres of this series are based on data from the Formula One 2016 tires of the manufacturer.

But not only the Pirelli tyres debuted at the first round of BOSS GP Championship 2017. Also the new safety car of the series had its first use. It is provided by Pirelli in cooperation with DENK Automobile from Leonstein in Austria. The 520 HP Lamborgini Gallardo LP520 with the exclusive design of BOSS GP and Pirelli will be on site in 2017 to support the fastest racing series in Europe.

But Pirelli doesn´t only equip current and older racing cars with tires. The manufacturer also offers products for the owners of old and youngtimers. The visitors of the Pirelli Truck during the Bosch Hockenheim Historic were able to inform themselves about this. The company is continuously expanding its product range Pirelli Collezione for the classical sector. In cooperation with Porsche, for example, five custom-tailored profiles were developed for classic models of the sports car manufacturer. The look and the design of the tread resemble the historical originals, yet they are powerful modern tires. Currently, Pirelli and Jaguar are developing the first J-marked tires for the legendary XJ220 models.

In addition, Pirelli provides practical assistance to drivers of old- and youngtimers in all questions regarding the tires of classic models. For that purpose, the Group supports as an official tire partner the technical advisory service of the Fédération Internationale des Véhicules Anciens (FIVA), the World Association of Oldtimer Clubs and Associations. Its website www.fiva.org offers free access to a wealth of useful information.

During the Bosch Hockenheim Historics, many motor sport and classic car fans took the chance to visit the Pirelli Truck and to inform themselves about the broad range of services offered by the manufacturer. And they got so much more to see! For example the stars of the BOSS GP, a Toro Rosso Cosworth from 2006 and a Jaguar R5 Cosworth from 2004. They revived the younger Formula one history with their ten-cylinder shrieks.

At the spectacular CanAm Cup the Swiss Felix Haas managed a double win both on wet track on Saturday and on dry tarmac on Sunday in his Lola T294.

With almost 40 vehicles the Lotus Cup Europe caused a sensation. Christophe Lisandre, champion of the 2-Eleven category, was the man of the hour in his open four-cylinder Lotus: with a victory and a second place, the French ranked first after the first of seven events. Also in the Monoposto series FIA Lurani Trophy a Lotus won on Sunday. Last year's winner and vice world champion Manfredo Rossi Di Montelera won the Sunday race at the wheel of a Lotus 22.

No fierce battles, but still fun - that was the motto of the show rides, such as the most exclusive of the Scuderia Serenissima with the M1AF Formula 1® and the 308 Jet Competizione. Or the Raceclub Germany with its perfectly prepared and not low-noise F1®, F2 and F3 cars (Maserati 250 F, Cooper T53, Brabham BT 36 F2, March 732) and the Raceclub Germany powered by FNT - and more recent F-3000 cars (eg the 2008 Toyota by Timo Glock). The Passionata Maserati demonstrated 100 years of automobile history, while Porsche enthusiasts got their money's worth when presenting Elevenclassics.
Last but not least the jubilee exhibition 85 years of Hockenheimring, included just four vehicles but what beauties! Michael Schumacher's 1994 World Champion Benetton Ford, Bernd Schneider's Mercedes-Benz AMG CLK 55 DTM from 2001, a 1969 Condor Porsche from the Interseries and a Lotus 69 F2 from 1971 - all of them outstanding examples of the Ring history.

"It was a great event," said Ellen Lohr, the only woman ever to win a DTM race (1992 at Hockenheim!). "I am already looking forward to the next year."

Luxury on the road
and racing passion
#ThePerfectFit with Bentley

Pirelli the market leader in the prestige car segment