Interview with the collector from Bergamo, who will be competing in the famous race in his Pi-relli-fitted Mercedes: «At Cuban customs they thought I was mad when they saw the scrap in my lug-gage»

The first time Alberto Cefis set eyes on the Mercedes 300 Sl Gullwing with which he is preparing to race the Milano-Sanremo Cup (on Pirelli Collezione tyres), it was not looking good. It was wrecked, rusty and half dismantled in a corrugated garage in Havana back in the 1990s. Cefis - an entrepreneur born in 1958 in the prov-ince of Bergamo - was holidaying in Cuba and, while scouring this paradise of vintage cars for relics to add to his own collection he had in mind his favourite Mercedes model, 1,400 of which were made in 1954-55 with 80 per cent exported to America. Having spent years negotiating with Quico, the previous owner (preceded himself by the architect Nicolas Arroyo, who competed in the second Grand Prix de Cuba), Cefis succeeded in bringing the car to Europe for restoration. How? By totally dismantling it and sending it in suitcases and boxes, to avoid prob-lems with Cuban customs. Today, following the restoration completed by the experts at HK, Alberto Cefis and his car will be speeding along the roads of the Milano-Sanremo Cup more than twenty years after they first met. Of these Mercedes 300 SI models - one of the iconic sports cars of the 20th Century famous above all for its “gull-wing” doors - the entrepreneur and collector from Bergamo has owned as many as six simultaneously. We con-tacted him by phone to talk about the car and the race. 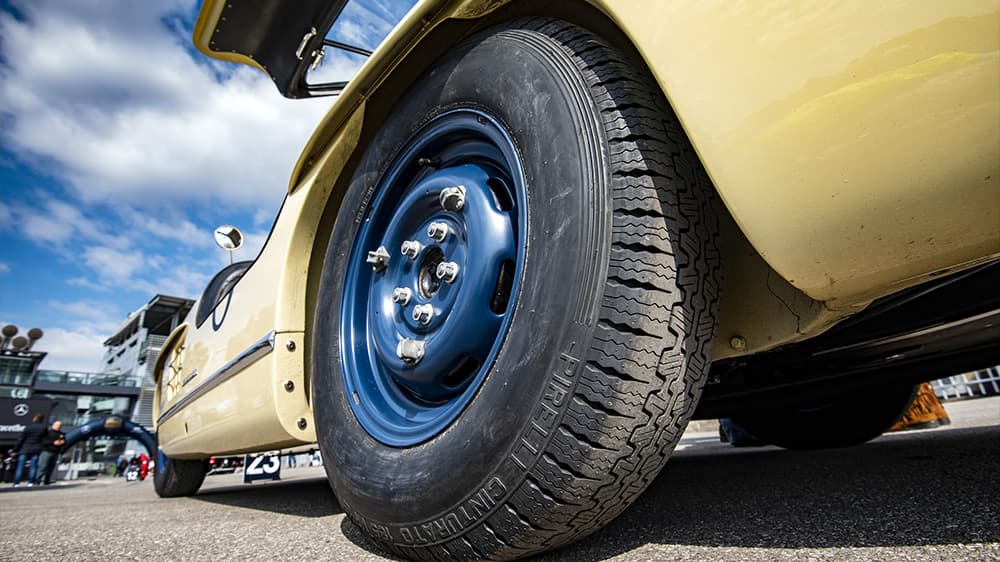 When did you first hear about the Mercedes 300 Sl?
«In 1982, in a well-known car magazine, I saw a 190 SI in the vintage car ad pages. “It costs the same as a Golf”, I thought, so I bought it. I took it to a restorer who also had a 300 SI among his own cars, which I immediately fell in love with. He needed a building, which was something that I had available: so, in exchange for six years’ rent, I bought my first 300 Sl».

What is your best memory at the wheel of a 300 Sl?
«Without doubt it’s the first time I drove it. The restoration had taken fifteen years, considering that at the time I wasn’t yet much of an expert and I’d made a lot of mistakes. The restorer called me to say that, despite lacking a few parts, the car was nearly ready and that he couldn't keep it in the garage for the whole of August. So I went to Cremona to pick it up: I got into the driver's seat, turned the key and felt an indescribable joy».

What is the most amazing thing about finding it?
«The most dramatic thing was the first package through customs. When she made us open the package, the female customs officer - a very woman - thought we were mad: “You’re spending good money to export this dirty scrap?”, she said. We told her the story, but she still didn’t seem to think it was very clever. I’d spent 300 dollars in transport costs while an average Cuban was earning 10 dollars a month».

What is the spirit of a race like the Milan-Sanremo?
"There are two ways of seeing it: there are people who race, who are always wanting to compete and who there-fore prepare down to the last detail. Then there’s the spirit of people who love to look around them, to admire the landscape as if they were on a picnic: you go through some beautiful areas after all. I belong more to this second group of drivers. I love driving the car but also enjoying the journey».

How important is it to fit quality tyres on this type of car?
«It’s fundamentally important, above all on cars that don’t get used much, because the rubber becomes de-formed, it dries, it loses its properties and no longer performs in the same way. The Pirellis meet the quality stand-ards of the time, so they don't have these problems. The legendary “Cinturato” is still an excellent tyre. We still fit the 300 SI with tyres from the late ‘60s and early ‘70s that Pirelli still produces».

Do you think there are any cars today that could become as legendary as the 300 Sl?
«It was a car that helped write the history of motoring, of design. I don't know, these days they’re still producing some remarkable cars, it’s become almost a fashion. Perhaps back then the innovation was more refined».

How many 300 SIs and other cars do you now have in your garage?
«I’ve got three. And I’ve also got other Mercedes, some rare and unique specimens. I also have a Porsche that was my father's, an Alfa 1900 Super Sprint Touring, a Mini that I loved when I was small, and other cars».

As a child did you also collect model cars?
«I certainly had a lot of toy cars. My favourite was a Lamborghini Miura, it was the best, I had a green one that I really loved. And I was also given the “Gullwing”».