When representatives of nearly 200 countries meet in Paris in December 2015 for what could be the last best chance to save our planet as we know it, Pirelli will be supporting the process

Climate change is, arguably, the defining challenge of the 21st century. From the shrinking glaciers and rising sea levels that already threaten the survival of low-lying Pacific nations through to higher incidence of drought and other freak weather events, there is growing scientific evidence of its harmful impact on our planet.

That is why this December’s United Nations Climate Change Conference in Paris, the culmination of three decades of complex climate negotiations, is so important. Pirelli is among the leading global businesses that have called on the summit to agree concrete steps to contain climate change. The planet’s survival is at stake.

Pirelli has lent its support to the UN negotiating process, signing up to the “Road to Paris”, an international initiative to promote cooperation between the public and private sectors ahead of the summit. Within this, Pirelli has given priority to three initiatives, in line with its business strategy, namely: advocating responsible corporate engagement in climate policy; championing climate change information in companies’ mainstream reporting; and pushing for a price on carbon.

Tipping point
The science is clear: we have reached a critical tipping point. If we do not act now to curb carbon emissions we risk catastrophic, irreversible, runaway climate change. Carbon dioxide, which fuels global warming, is at its highest level in 800,000 years. Last year, 2014, was the hottest year on record while 14 of the 15 warmest years have occurred this century.

As US President Barack Obama said recently: “No challenge poses a greater threat to our future and to future generations than a changing climate. We are the first generation to feel the impacts of climate change, and the last generation to be able to do something about it. There is such a thing as being too late.”

Pirelli is playing its part; firmly believing the business community has a role and responsibility to act for a better future. 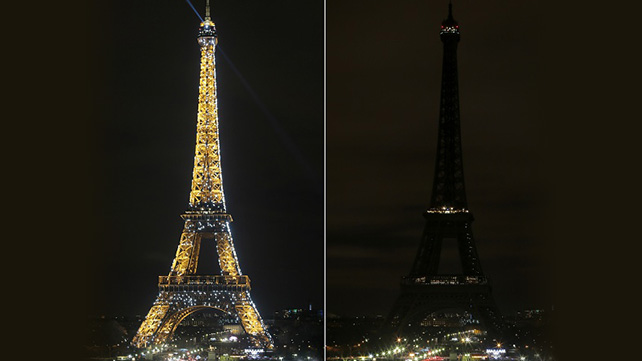 Enforceable targets
At the Copenhagen Climate Change Conference in 2009, world leaders agreed to work to limit global warming to 2 degrees Celsius above pre-industrial levels, recognised as the upper limit for manageable climate change. Our present emissions trajectory is leading us to a rise of 4 to 5 degrees Celsius.

Unlike Copenhagen, the Paris talks need to spell out how containing global warming will be achieved. The aim is to set individual, legally binding emissions reduction targets for each country for the first time. It is also hoped that the meeting will put a price on carbon and boost investment in climate-friendly practices and renewable technologies.

While Copenhagen was widely regarded as not determined, its shortcomings have spurred greater efforts from governments, civil society, the private sector and beyond, giving hope that the Paris talks can make real progress.

Political breakthroughs
The political landscape has changed significantly. Last November, the US and China, the world’s two largest sources of greenhouse gases, made a joint commitment to curb their emissions. In May of this year, China and India also issued a joint statement on climate change.

At the same, there is broad recognition that previous approaches were too “top down” and that there needs to be a stronger “bottom up” response involving all actors, including business.

Key role for business
Pirelli is playing its part; firmly believing the business community has a role and responsibility to act for a better future. It has been recognised as a leader in identifying and managing the risks to its own business from climate change: in 2014, it came top in the Carbon Disclosure Project’s rankings for Italy, also having the highest rating among the world’s major tyre manufacturers.

Pirelli has signed the Trillion Tonne Communiqué, part of a series of international business statements on tackling climate change developed by the Prince of Wales’s Corporate Leaders Group. The communiqué urges governments to set a timeline for achieving net zero emissions and to design a credible strategy to transform the energy system, incorporating a robust carbon price.

And Pirelli supports the Sustainable Development Goals of the UN 2030 Agenda, embraced by world leaders at the UN General Assembly in September 2015. Item 13 in the Agenda states the need to “Take urgent action to combat climate change and its impacts” and it calls for action to “Integrate climate change measures into national policies, strategies and planning” and to “Improve education, awareness-raising and human and institutional capacity on climate change mitigation, adaptation, impact reduction and early warning”.

In 2014, for the first time, there was global economic growth (of 3 per cent) without any associated growth in emissions from energy use

Carbon pricing
A price on carbon would help shift the burden for the damage caused by emissions back to those responsible for it. Rather than top down decisions on who should reduce emissions and by how much, a carbon price gives a clear economic signal. Importantly, it will also further stimulate clean technology and innovation, and help companies make sustainable, long-term plans.

For decades, the argument that curbing emissions curbs economic growth was used to justify inaction. Today, renewable energy technologies are sufficiently widespread and affordable to challenge this notion.

Working together
In a very promising development, provisional figures from the International Energy Agency show that in 2014, for the first time, there was global economic growth (of 3 per cent) without any associated growth in emissions from energy use, a sign of the strides that can be made if we work together at Paris and beyond.

The lessons learned from previous summits have resulted in a huge amount of preparatory work ahead of Paris 2015. With so much at stake, the urgency to reach a consensus has never been greater.

The power of green sourcing

Business sustainability is the creation of value through services and sustainable business practices that focus on environmental...

Pirelli Sustainability >
Reach your professional goal at Pirelli
​Your career, training and development...
Work with us >
Let's meet channel
​The list of Pirelli meetings with university students and young graduates organized at major universities...
Newly graduates >