The amazing story of
the Piero Pirelli Institute

In fab lab, makerspace, coworking and smart location packed Milan, in the city with its post-industrial suburbs where history is regenerated and places incubate new productions and social hubs, the Piero Pirelli Institute is an amazing story to tell

Home life The amazing story of
the Piero Pirelli Institute

The amazing story of
the Piero Pirelli Institute

Viale Fulvio Testi 223, MM5 Ponale. With the inauguration of the lilac metropolitan train line, the Piero Pirelli Institute is even more integrated into the smart city system. There is a bike sharing station just a few metres away too.  On a traffic avenue where the 31 tram line runs, connecting the Northern suburbs with the centre via the Zara junction, today just like it did yesterday. 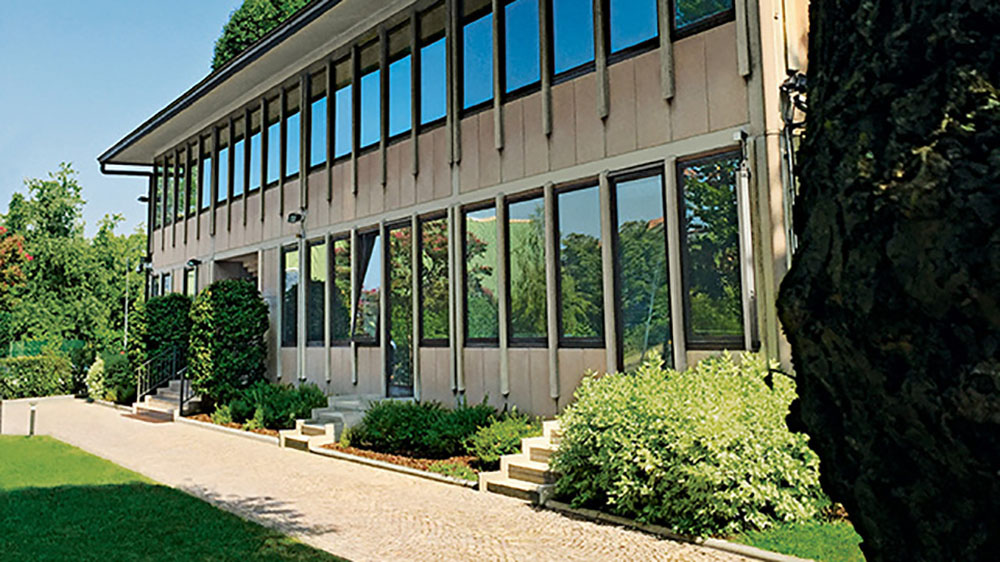 Yesterday was in 1957, which is when our story begins. Spanning a surface area of 6,800 square metres, in what is commonly referred to as the Bicocca area which has been owned by Pirelli since 1906, construction work on the company's professional education centre began and it is here that the children of Pirelli employees, picked according to their individual abilities, will be given suitable industrial training to find possible employment. The building was dedicated to Piero Pirelli, who had died a year earlier, chairman since 1932 and the son of Giovanni Battista, the company's founder.

The educational programme was typical for the industrial culture at the time, yet it was still at the cutting edge in Italy: continuous exchange was necessary between the lecture theatre and the factory, along with greater proximity between work and school, with a view to constant updates. It was necessary to learn - beyond technical and scientific skills - also that "mental flexibility" that would help face new and unexpected situations from the advancing new industrial revolution. The new work leverage needed to be trained.

To give this project a home, Pirelli chose Roberto Menghi, a Milanese architect who was already well-known at the time owing to many significant interventions across the city and leading architectural figure during that time, and so closely linked to design and to product design, and oozing that spirit of understatement that was typical of Milanese culture and of its artistic manifestations. Graduation in 1944 from Milan Polytechnic University, World War II experienced first-hand. Then the armistice and imprisonment at the Czestochowa concentration camp for having opposed the establishment of the Social Republic. Before working for Pirelli, in Milan Menghi had created the Arlecchino cinema (1948), the Balzaretti Modigliani pavilion (1951) and the glass swimming pool at Fiera di Milano exhibition hall (1956). Then, he was also behind the French Lycée (with Piero Cosulich, 1961), the refurbishment of Palazzo degli Affari ai Giureconsulti (1990), the Brera bookshop (1991). He won the Gran Premio award twice at the Triennale exhibition for the Glass and Design sections and the Compasso d’Oro for Design twice.

For the Piero Pirelli Institute, Menghi combined styling with functionality, in keeping with the Pirelli spirit, by virtue of the fact that at the time he was also creating the “modular light-weight vaults” (1957) and the “petrol baskets” (1960) for the same Pirelli. His design led to the construction of three buildings over a surface area of 2,000 square metres: one with the classrooms for theory lessons and physics laboratory, another with the workshop for practical lessons; a third building connecting these two comprising showers, changing rooms and various amenities. The design was conceived from the onset to be extended to 3,000 square metres - forward-looking, like all quality designs.

Activities at the Piero Pirelli Institute began on 28th November 1958 with fifty pupils under the guidance of Eng. Italo Ricci, an expert in industrial instruction, hired specifically by Pirelli to direct the school. Three-year courses and academic years spanning 11 months. Lessons and practice sessions over 5-day weeks for a total of 40 weekly hours. Free attendance and study material and an ‘attendance’ reward for pupils.

A lot has changed since then. Training and professional instruction have evolved, accompanying Pirelli's transformations and that of the city's industrial economy. The skilled craftsmen who lived in the Bicocca area gradually left, making room for clerks, managers, researchers, students, professors with the  major conversion plan for the entire area which began in the mid 1980s.

Today, the Piero Pirelli Institute still works on training. Every day the nineteen classrooms, equipped with latest-generation boards and projectors and free wi-fi connection come to life with courses, workshops, seminars, presentations organised by Pirelli, which has catalogued approximately 250 training events for its employees.

Every year more than 3,000 participants are involved in training activities organised by Pirelli, for a total of over 50,000 training hours hosted at the Institute.

Yet the story continues and what was home to Pirelli training has become an open location, available to anyone requiring an accessorised venue for their events – training courses, meetings, presentations – and those in search of an organised office with shared amenities, providing a reception, meeting rooms, a café, in-house restaurant and car parks.

Those who choose it prefer it for that widespread and unspeakable feeling of warmth it conveys and which distinguishes it from hundreds of other locations across the city. Its story is an inspiring one.