After several years’ absence, the team returns to its natural habitat. And the legendary triple of Zanetti and Milito is now  the inspiration driving Icardi and Vecino

Antonio Candreva angles a corner kick into the Tottenham penalty area, the ball connects with the head of Stefan De Vrij but doesn’t have the force for a real header at goal. The Dutchman nods it on towards the 6 yard box, hoping for a deflection to change the course of the ball and of history. Just over five yards out from Vorm's goal appears Matias Vecino, who diverts the ball with his forehead just inside the post and into the net. This goal by the Uruguayan midfielder, making the score 2-1 at the ninety-second minute of a magical Champions League contest, shook the San Siro stadium to its foundations and summed up the whole essence of Inter Milan: it was the sublimation of “Pazza Inter”, the definitive example of a team tailored to stir the emotions on the most important occasions. 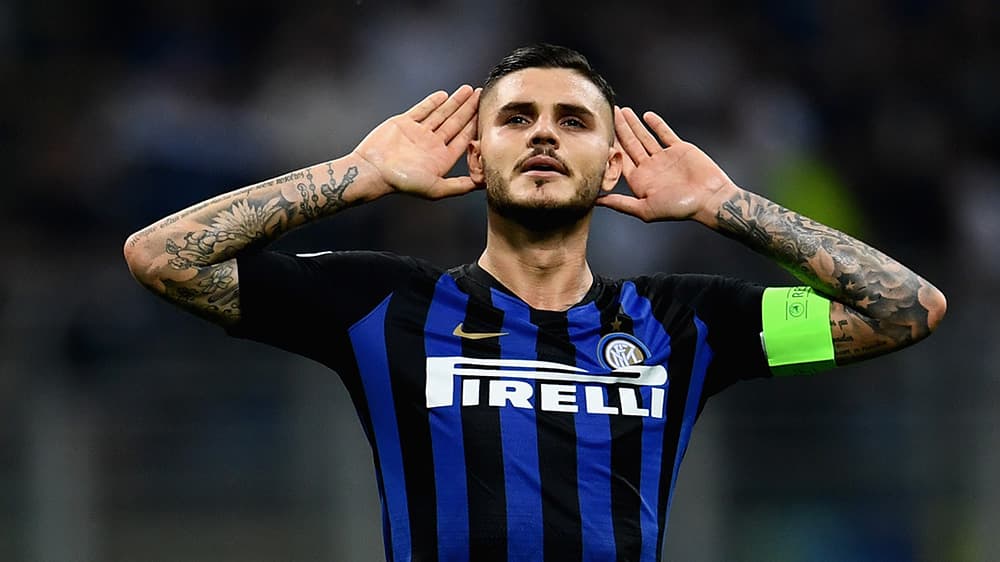 The fact that it fell to Vecino to hand the nerazzuri their first Champions League victory after several years’ absence was no accident. It was the hot-blooded Latin midfielder himself who had, nine minutes from time, warmed the hearts of Inter fans with a goal at the Olympic Stadium to seal the team’s return to European football’s most important stage, in the process binding himself forever to the colours of the jersey with the distinctive Pirelli logo.   This is the stage where Inter belongs. The stage where, exactly eight years before, another Latin American player had given the nerazzuri their place in history.

In 2010 Diego Milito was unstoppable. His brace of goals in the Champions League final marks the apex of any achievement by an Italian club: the goals with which the Prince was crowned King are the eternal symbol of the first and only triple won by a Serie A club.

Milito’s exploits – thirty goals in the 2009/2010 season alone, 75 in 171 matches with Inter – are now the inspiration for another Inter Milan striker from Argentina.
For Mauro Icardi it’s always been a source of pride to tread in the footsteps of the Prince, but it’s also an honour that he's repaid in the way that agrees with him most: scoring goals. Twenty-nine, twenty-six, sixteen, twenty-seven: his contribution over the past four seasons suggests a clear, strong message, a yearning to reimmerse the whole Inter environment in the magical occasions that until a few years ago were the hunting grounds of Milito. Last season was the best in Icardi’s career: even more than scoring goals, the key moment was achieving a place in the Champions League. A first for him. But despite this he played like a veteran, a seasoned striker when - five minutes from time and with his team behind against Tottenham - he produced one of the most extraordinary finishes of his career.

It has to be said that for the nerazzurri the international stage feels like home, partly due to the nature of the club - as its name testifies - and partly due to its recent history: Inter Milan also hold the record for continuous participation in the European competitions, from 2002/2003 to 2011/2012, something that no other Italian team can boast. One of the strengths of that team was that, in the years overlapping the first two decades of the 21st century, it had Milito as its spear-head. The goal is now, through results on the pitch, to build a bridge connecting the Inter of the triple with that of 2018, which has already been a special year for the club: as well as achieving its return to the Champions League and its victories in Europe it has also inaugurated its Hall of Fame.  Presented by Pirelli, which with Inter has built one of the longest and most successful partnerships in the history of the world’s major clubs, the lounge of champions has the task of assembling, communicating and enhancing the club’s sporting heritage.

If 2018 has the triumphant team of 2010 as its point of reference, that team of the triple in turn looked to that of the previous Inter Milan victory on the European stage: the team that won the 1998 Uefa Cup - the first trophy of the Pirelli era - under the skies of Paris with Ronaldo dazzling on the pitch in a 3-0 win over Lazio. Twenty years after that triumph Inter is now once again writing the pages of its history of victories and records, retracing a connecting thread from Icardi to Milito, from Milito to Ronaldo. Stars of three different eras united by a common desire to wear that black and blue Pirelli-sponsored jersey and to raise aloft the most prized trophies.