Thanks to Pirelli’s global online competition, our winners enjoyed privileged access to a racing circuit that is arguably even more famous than Monza or Monaco 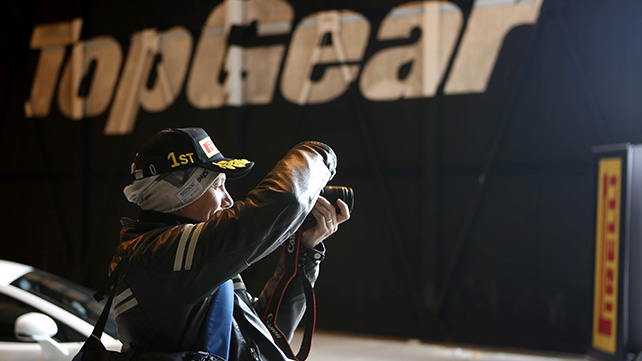 All we know, is that we went to the Top Gear test track
Boasting a series of abandoned aircraft hangars, an office suite made from a collection of portakabins, a Fiat Punto with no engine in the car park, and a toilet block on wheels, it hardly looks like an internationally-renowned hub of creativity. Yet these are the key features of the famous Top Gear test track at Dunsfold Park aerodrome in England: a circuit that has been lapped by some of the world’s best-known celebrities.
Unless you happen to be Matt Le Blanc or Chris Harris, it’s not the sort of place that you get to drive around every day. In fact, even fewer people have driven it than the Monaco Grand Prix circuit. But there is one way. Pirelli launched an online global competition last year, called the P Zero Experience, which gave people the chance to win a day’s driving at the Top Gear test track, as well as other unique prizes such as hospitality at the Italian Grand Prix in Monza and an invitation to the Pirelli Calendar launch.
The lucky winners came from as far afield as America and Singapore but they all had two things in common: a passion for the most exciting supercars in the world, and the P Zero tyres that connect them to the road. Both were about to get thoroughly tested. 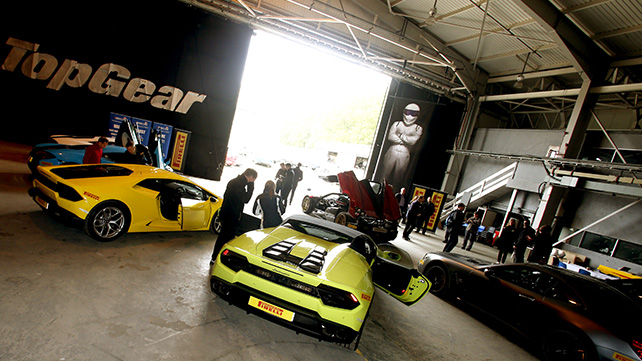 Welcome to England
It wouldn’t be England without grey skies and an overdose of cholesterol at breakfast, so that’s naturally how the world’s ultimate track day got underway for the privileged few. After a safety briefing, during which the winners even got to sit on the battered leather sofas that have accommodated the posteriors of countless stars in reasonably priced cars, it was on to the action, and a series of driving challenges worthy of the world’s most famous motoring show.
At the centre of it all was the Top Gear test track, with its notorious corners such as Hammerhead (so-called because it's in the shape of a hammer) and Gambon (so-called because English actor Sir Michael Gambon nearly reduced a Suzuki Liana to a pile of scrap there).
Being entirely flat with some deceptive surface changes (the aerodrome was originally built in record time by the Canadian Air Force in the 1940s) it’s a more challenging track than it looks, with a blind entry to many of the corners and variable grip.
So where better to try out some of the world’s most desirable supercars, including models from Lamborghini, McLaren, and Mercedes (all of which use P Zero as original equipment)? The challenges included braking, steering, and of course, plenty of getting sideways: the best bit of all.

Special guests
But the experience was far from over. We also had some very special guests drop in. One was the original Pagani Huayra development car, which has incredibly racked up more than 250,000 hard kilometres during its life to date: not that you could really tell. Even more incredibly, quite a large number of the components are still original.
Every Pagani runs on P Zero tyres, and these were duly tortured during a series of hot laps around the Dunsfold test track – in a stunning hypercar whose list of celebrity owners includes a certain Lewis Hamilton.
Our winners got to meet two other Top Gear personalities as well: a certain white-clad but largely silent racing driver, in charge of hot laps for the TV show and also in charge of terrifying anyone who happens to sit in a supercar next to him, and also Chris Harris – a somewhat less anonymous racing driver, competing in the Pirelli-equipped Blancpain GT Series this year. Selfie heaven, essentially.
It all added up to a Top Gear experience that was “out of this world amazing”, as one of the competition winners put it. As well as being a great day out, there was also a practical purpose behind it, with the winners coached by the best instructors in the business to refine their driving skills.
Strangely though, the keys to the reasonably priced car remained untouched all day.