The adventure involved taking on some of the world's toughest routes, including the Trans-Siberian highway and the Carrera Panamericana. Aegea is the first Turkish-engineered car to complete a full circle around the world. Pirelli tires, Cinturato P1 Verde, and Snowcontrol 3 accompanied Fiat Aegea along the way. 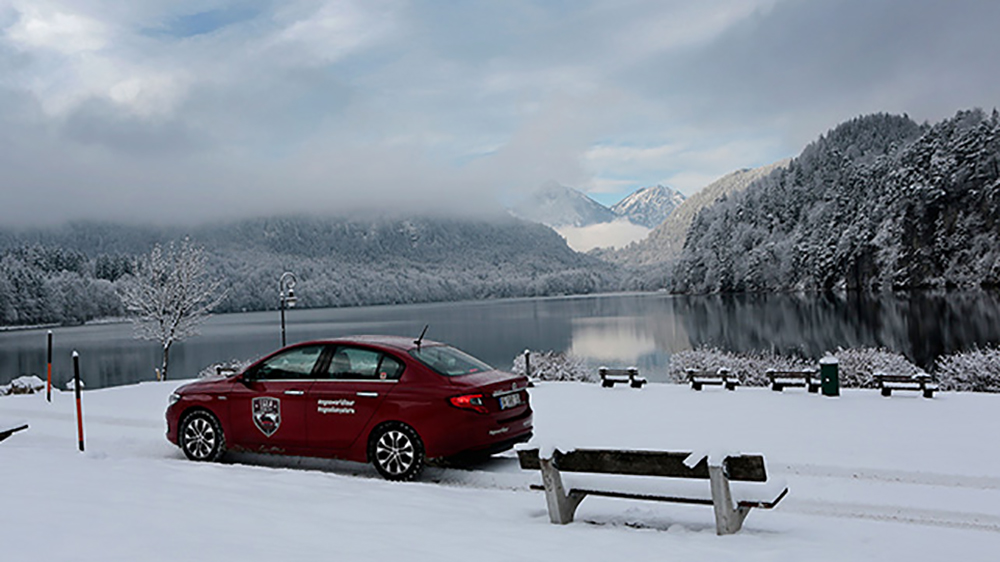 Manufactured at the Tofaş's Bursa factory and exported to 40 countries, the Fiat Aegea Sedan completed the world tour in four and a half months. Fiat Aegea set off from the Tofaş Bursa Factory on August 13, 2016. Okan Altan, a veteran automobile journalist and an AutoBest jury member, and photographer Savaş Yılmaz completed a successful 400-hour journey with Fiat Aegea.

Noting that they had actually planned this tour to be completed in 80 days, Okan Altan explained that their journey didn't go as planned due to delays in clearing customs. Altan added that he was very happy that his dream of doing a world tour with a locally engineered car equipped with standard equipment came true.

Stating that they set off from Turkey and followed a route through Bulgaria, Romania, Ukraine, the Ural Mountains, and Siberia, Altan said, "We arrived in Japan without a hitch, after passing by Manchuria and Vladivostok. We made Central America the fourth stage of our world tour. We proceeded to Europe by driving across Mexico. We witnessed severe climate conditions on our way such as 44ºC and -14ºC. We drove at walking speed in the mountains of Mexico and at 190 kilometers per hour on the autobahns of Germany. Aegea once again proved its durability to the whole world by successfully overcoming endless savannas, as well as severe climate and road conditions. We didn't experience any mechanical troubles on the road and the suspension was in very good shape. This was really exceptional for an unmodified front wheel sedan car without any off-road features."

Noting that they had to go to a car repair shop only once to get routine maintenance, Altan added that, "Aegea consumed approximately 7.1 liters/100 km during the journey. The car consumed 7 liters/100 km in Russia and 6.1 liters/100 km in western Europe. I find this performance successful for an automatic transmission car with 1.6 liters/100 km consumption. Before we set out, I estimated that the fuel consumption would be about 8 liters/100 km. We drove with Pirelli Cinturato P1 tires for about 18,000 kilometers of the Aegea World Tour. Thanks to the Cinturato P1 tires, we were able to drive safely on some of the world's toughest routes, including the Trans-Siberian highway and the Carrera Panamericana. Pirelli Snowcontrol 3 escorted us for about 6,000 kilometers under severe winter conditions on our way to Turkey from the U.K. It ensured excellent traction and braking on snow and a great balance in lateral traction."

Altan said it was a great feeling to drive through along the Trans-Siberian highway and the Carrera Panamericana, and added, "But the most interesting thing about this tour was that it was the first time a car with a Turkish license plate was in Japan and we were able to drive as fast as the other cars in Japan's left-hand traffic. We also had many unforgettable experiences such as the military activity on the border between Moldova and Ukraine or climbing 2,700 meters through a mountain in Mexico and driving down on a dirt road when our fuel was about to run out. Another one that came to my mind is when we were at Atatürk House Museum in Thessaloniki. We were taking photographs and a security officer approached us and asked, 'Have you come from Istanbul?' and we replied, 'No, we have come from the West, through Japan and Mexico, we took the long way.'"

Two years ago, Altan drove a Fiat Doblo to Detroit, U.S. He said, "It was an utterly different adventure to tour around the world. This adventure was the peak for automobile journalists who like to drive long distances. For me it was like climbing the Mount Everest. I'm truly happy and proud to have been able to achieve this."

Pirelli the market leader in the prestige car segment

It's better by car