Top 10 superbikes in the world

The best for speed, design and performance

Top 10 superbikes in the world 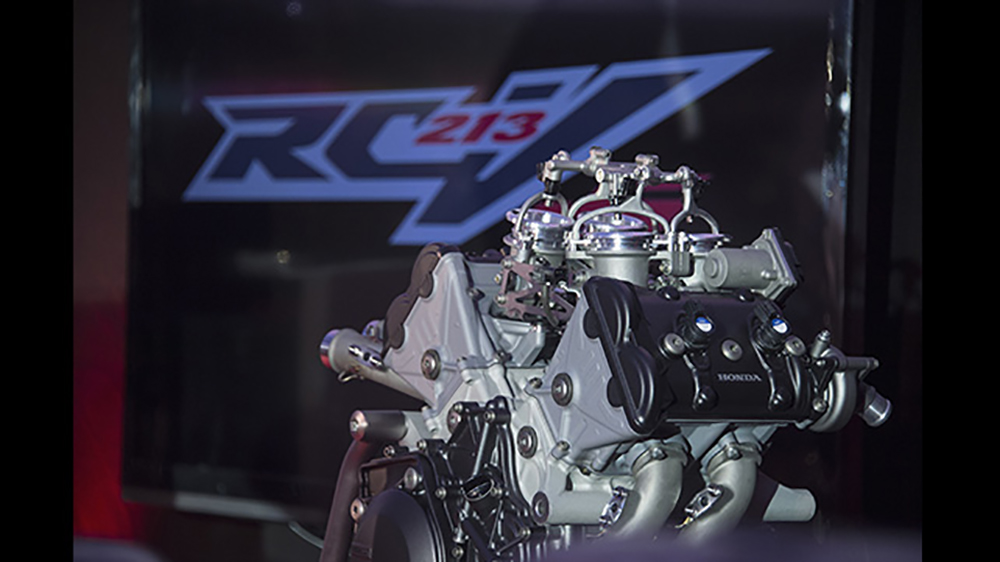 ​Back in 1969, a bike came along that changed the motorcycle world forever: the mighty Honda CB750. Billed as the first ‘super’ bike, it had a potent four-cylinder 750cc motor and was the first production bike to get a disc brake.

Fast forward almost 50 years and the desire for modern superbikes shows no signs of waning, be it in terms of outright speed, technological wizardry, killer looks or even the exotic materials used to build them.

Here’s our pick of the 10 best road-going superbikes in the world today*:

10. Honda RC213V-S: Most expensive superbike
There’s no escaping the fact that this is a MotoGP bike for the road – Marc Márquez’s machine with lights, if you will. With an eye-watering price tag of approximately £140,000 when it went on sale in 2015, the 1000cc, 90° V4-powered RC213V-S is a slice of hand-built, precision perfection you can legitimately (and easily) ride down your street. The only technical differences between this and the full-fat MotoGP bike are that pneumatic valves have been replaced with coil springs and the seamless gearbox swapped for a regular road-going one. Just 250 examples are available.

9. Ducati 1299 Superleggera: Most technologically-advanced superbike
For a bike costing £72,000, you want a lot of, well, everything for your money. The new Superleggera gives you that in spades. In the words of Motorcycle News (MCN): “It’s the first factory production bike to be equipped with a carbon-fibre frame, swingarm, subframe and wheels, and results in a gobsmacking kerb mass of just 167kg – or 156kg dry. Combine such a low mass with the incredible 215bhp output from the 1285cc L-twin Superquadro engine and it should add up to one of the most devastatingly effective superbike packages ever created.” That motor is the most powerful twin-cylinder road unit Ducati has produced yet. Just 500 bikes will be built and they have already sold out.

8. Kawasaki Ninja H2: Fastest superbike
Take an already stupidly powerful 998cc inline four motor and whack a supercharger on it and what do you get? A road-legal missile with 207bhp (with ram air), scarily-fast acceleration and a top speed way in excess of its electronically limited 186mph. The H2 is, quite frankly, a bit of a handful, and is derived from its bigger, track-only brother, the H2R, which puts out an insane 319bhp. If that wasn’t enough, a limited-edition Carbon version of the H2 is available soon, which, predictably, will command a premium over the £22,000 you need to find for the standard bike.

7. MV Agusta F4CC: Most exotic superbike
Okay, this is very subjective given that everybody has different tastes, but not many people could argue why the F4CC isn’t deserving of exotica status. This is one rare superbike: only 100 were made, it cost €100,000 at the time and they were snapped up by collectors of motorcycle moving art. More than 90 per cent of the bike’s components are handmade as one-off items, the fairing is completely carbon fibre and the top speed is 195mph (limited by MV). In case you’re wondering, the ‘CC’ stands for the late Claudio Castiglioni, the then boss of MV; in his words: “I decided to put my name to this bike as I originally dreamed of it for myself.”

6. KTM 1290 Super Duke R Special Edition: Best naked superbike
This is definitely the evilest of evil twins. As if the standard R wasn’t packing enough punch, this limited-edition, snarling beast certainly does. From its poke-in-the-eye bright orange and white paintjob to its fancy lightweight titanium Akrapovic exhaust (which saves 1.5kg), this Special Edition has had the kitchen sink thrown at it in terms of delicious Power Parts bolt-ons. Stuff such as wavy brake discs, carbon engine and clutch covers, stiffer triple clamps and fully-adjustable brake and clutch levers. You can stop drooling now...

5. Norton V4 SS and RR: Best-looking superbike
Another contentious category, but this Isle of Man TT race-developed, 1200cc V4-powered hunk of metal magic looks blindingly gorgeous, especially in the silver mirror-chrome finish with the tasteful airbrushed Union Jack on the tail unit. The bike’s styling has apparently been heavily influenced by luxury British car brands such as Aston Martin, Jaguar and McLaren. Features such as all-over carbon-fibre bodywork, fuel tank and wheels, that TT-developed chassis and state-of-the-art electronics package plus 7in high-definition dashboard screen with rearview camera help make this new Norton sportsbike stand out from the crowd. Production of the top-spec model, the SS, should commence in mid-2017; it’ll set you back £44,000 and all 200 units have already been sold.

4. Suzuki Hayabusa: Best ‘two-up’ superbike
Strictly speaking, nobody buys a modern sportsbike with the intention of carrying a pillion passenger, but if the need is there for some serious speed and also the requirement to take your nearest and dearest along for the ride, then the legendary ’Busa is your best bet by far. Not only is it distinctive looking, it has some real horsepower on tap: 194bhp from the massive 1340cc motor. When it was introduced way back at the turn of the 20th century, it was immediately hailed as the fastest production motorcycle on the planet. Incidentally, its name means peregrine falcon in Japanese. Quite.

3. Yamaha YZF-R1: Best classic superbike
Nobody can forget the eye-catching, and now iconic, red and white paint job that graced the original R1. Launched in 1998, the R1 put 1000cc sportsbikes firmly back on the map and redefined the modern litre-bike class. With an all-or-nothing approach, Yamaha created a much more compact engine, developing the world’s first vertically-stacked gearbox. This resulted in a shorter, lighter motor and allowed the use of a longer swingarm and a shorter wheelbase. All this meant razor-sharp handling, excellent stability and a thorough thrashing of its main rivals at the time, including the Honda FireBlade. For most, the R1 was the ultimate 1990s road weapon and a flagship. With dual 298 mm discs in front brakes and inverted telescopic forks in front suspension, its top speed grew from 168 mph in 1998, to 182mph in latest models from 2015 to today. These latest motorcycles are also provided with advanced traction control and with Throttle Control Valve Mapping, that allows riders to select maps depending on driving conditions and environment, which makes this classic superbike also technological and in line with the times.

2. Spirit GP Street R: Most interesting small-volume superbike
This bike is a new, handmade limited edition from British bike manufacturer Spirit, built by experienced race tuner Tony Scott and his team in Kent. One of four new models, the Street R costs £69,999 and just 50 will be made. What’s impressive about this bike is that it’s been designed for the track but built for the road; it’s powered by a Triumph 675cc triple motor stroked from 49.6mm to 55mm to 750cc. This top-spec R model puts out 180bhp and weighs 145kg wet. Bespoke touches include an aluminium swingarm handmade to MotoGP spec, with carbon-fibre bodywork, subframe and wheels. Perfect in design, this is one of the best superbikes for the latest generation of riders, which guarantees an amazing adventure while riding it. It has electronic parts, which send lots of information to mobile phones (thanks to an app). This makes this motorcycle hi-tech and popular among young riders.

1. Suzuki GSX-R1000 K5/K6: Best used buy superbike
Suzuki Gixxers have a long, successful history; arguably one of the best buys if you have around £5,000 to spend are the epic third-generation K5/K6 models, pretty much regarded as the GSX-R to have. You’d be hard pushed to get more bang for your buck; at the time, with a redesigned chassis and engine, the bike punted out a muscular 175bhp, which resulted in potent but accessible power, as well as being blessed with the sweetest handling and sexy-as-hell looks. It’s raved about by owners and motorcycle journalists alike.

What makes these superbikes (for roads) better than others and makes riding a pleasure for everybody, not only for sport? As seen in this top10, surely the high quality of materials which allows for great performance, new technologies and fascinating design.

*This is a list of road-going superbikes (1.0 litre+), judged on a range of different criteria, such as fastest (top speed), most exotic (based on materials used), best two-up, etc. It is subjective and not exhaustive.

The motorbike
with the Ferrari label

DIABLO ROSSO™ III lands in Aragon: “Are you ready for the next level”?