To mark the 2019 Emirati Women’s Day, women drivers in the Emirates met up with experts from Pirelli for an event dedicated to road safety.

Women have a key role to play in improving road safety in the United Arab Emirates (UAE) and Pirelli marked this year's Emirates Women's Day with an event to further that cause.

The compay took up the theme set by Sheikha Fatima, chairwoman of the country's General Women's Union and widow of Sheikh Zayed, the UAE's founding father, when she hailed ground breaking Emirates women as "icons of tolerance" and a key force in shaping the future of the Emirates.

At its P ZERO™ World Store in Dubai, UAE, the company offered women drivers expert tuition in tyre safety with the aim of increasing their knowledge and skills and equipping them to become pioneers of road safety in the country. 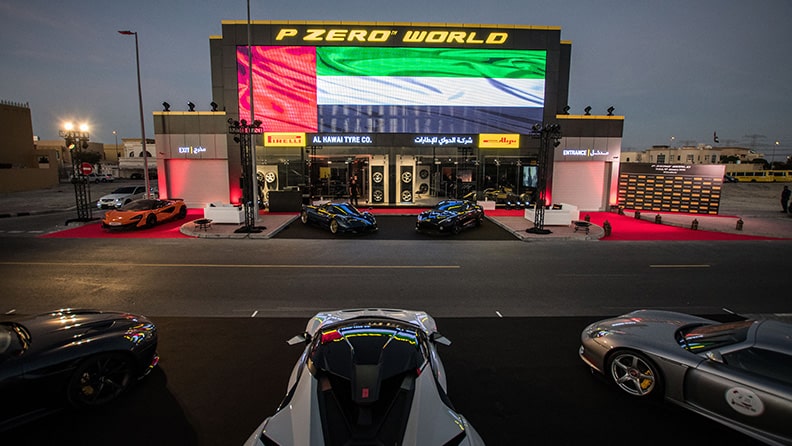 Women who brought their cars to the store were also given a free tyre check-up in the technical area. Meanwhile anyone who tried out the Formula One simulator stood the chance of winning a set of Pirelli tyres.

CELEBRATING THE ROLE OF WOMEN

Started in 2015, Emirates Women’s Day is an annual event established and supported by the Emirati authorities that, since 2015, with the aim of recognising and celebrating the role of women in the country as well as their contribution to the social, economic and cultural development and progress of the UAE. It is held on August 28 each year to mark the date in 1975 when the UAE's  General Women's Union was established - a government foundation set up to encourage female emancipation and entrepreneurship in the country.

So as not to detract from other Emirati Women's Day celebrations, Pirelli held its own event the following day on August 29.

Alberico Avogadro, managing director of Pirelli Middle East, was glad of the opportunity to host the event at the P ZERO™ World Store in Hessa Street: «It’s a high-level facility, the first of its kind in the Middle East, aimed at providing world-class technology and outstanding services while simultaneously improving road safety awareness. In this way the women of the United Arab Emirates can become icons of tolerance on the country's motorways and help improve on its road safety records».

The P ZERO™ World Store in Dubai was opened in January 2019, the fourth P ZERO™ flagship store to throw wide its doors open after others in Los Angeles, Munich and Monte Carlo. It is a fully-fledged “boutique for tyres”, a place where you can find Pirelli’s most exclusive products as well as other services for cars - in terms of luxury, performance or both of these aspects. Its 600 square metre floor space contains not only areas dedicated to automotive diagnostics but also a life-size Formula One simulator that is available for customers to test their skills.

Tyres on the track:
5 tips for the most fun