Pirelli supplies the ultimate in high-quality tyres for premium sports and luxury cars. Simon Heptinstall takes a look at some of the best and most exciting new vehicles from 10 of Pirelli’s top manufacturing partners 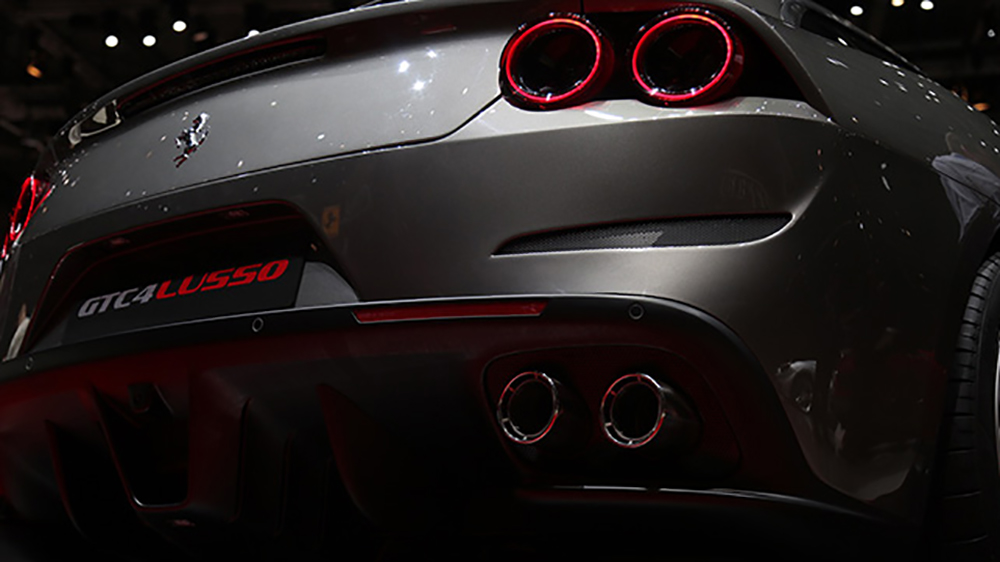 Lamborghini
The exotic Italian marque currently offers buyers its sensational Aventador and Huracán supercars and is said to be planning its first ever SUV, but the most recent design to leap from the company’s drawing board is the limited edition 217mph (349kph) Centenario. Only 20 coupés and 20 roadsters of this futuristic, angular two-seater have been built to celebrate the 100th anniversary of Ferruccio Lamborghini’s birth (in 1916). Ferruccio, of course, was the former tractor builder who founded the ‘raging bull’ supercar company in 1963.

Ferrari
The latest model to wear the prestigious prancing horse badge is the new Aperta, an even more glamorous open-top version of the LaFerrari hybrid hard-top coupé. Among the world’s super-rich, the Aperta represents the latest way to rearrange your hairstyle by accelerating to 60mph (96kph) from a standing start in less than three seconds. It also offers enough horsepower to gallop you to a top speed of more than 217mph (349kph).

Maserati
Named Levante after a Mediterranean breeze, the Italian manufacturer’s first SUV accordingly goes like the wind, thanks to V6 turbo power under the bonnet. There are diesel and petrol options of the five-door, four-wheel-drive all-rounder, which has a luxurious, spacious interior with room for five. The Levante is packed with modern safety features and even has a small-ish price tag that won’t make you wince.

McLaren
British manufacturer McLaren made its name as the most successful team in Formula One history, so you can guess what reviews for its road-going vehicles are like. The latest from its increasing range of expensive and exotic supercars is the 570GT – its most user-friendly model so far. Before you spend your money on one to do the school run, however, it’s best to note that the 570GT is still a 204mph (328kph) two-seater made of carbon fibre, powered by a race-bred, twin-turbo V8 engine screaming just behind the driver.

Pagani
The Italian supercar maker’s mid-engined Huayra was once the lap-time record-holder on the BBC Top Gear test track with The Stig driving. This limited-edition two-seater is now on sale with either a lightweight coupé or roadster body made of a carbon fibre/titanium mix. Its featherlight body is powered by a 720hp Mercedes 6-litre V12 bi-turbo engine. The combination of lightness and power makes for grin-widening performance: a 235mph (378kph) maximum and 0-62mph acceleration of 3.2 seconds.

Bentley
The maker of the classic British gentleman’s express has plunged into a different motoring marketplace with the all-new Bentley Bentayga. These are large, luxurious four-wheel-drive SUVs that claim to be among the fastest and most expensive models of their kind in the world. Anyone expecting an unwieldy off-roader chugging across a muddy field soon discovers that the Bentayga is capable of 187mph (301kph) and tackles the 0-60mph benchmark sprint in around four seconds. It also provides upper-crust style for up to seven adults in three rows of fine leather seats.

Porsche
The new Porsche 718 revives a historic name from the era of classic racing Porsches driven by aristocrats with moustaches. The company is trying to appease purists aghast at the removal of Porsche’s long-standing, non-turbo six-cylinder engine. In this latest model, the traditional ‘flat-six’ is replaced by a smaller, modern, fuel-efficient, four-cylinder turbocharged unit. The rest of us, however, are more excited that the new 718 is fast, stylish and comes as either a hard-top Cayman or convertible Boxster.

Audi
Some premium brands may be new entrants to the SUV market, but Audi has long been a skid-prevention specialist thanks to its ‘quattro’ four-wheel-drive system. Audi’s latest quattro vehicle is the Q2, a compact vehicle that brings big-car class to the fashionable world of ‘crossovers’ or sporty road-friendly SUVs. The Q2 completes Audi’s SUV family, which is topped by the spacious and luxurious Q7, recently made available as an eco-friendly diesel-electric hybrid.

BMW
BMW’s luxury flagship, the 7 Series saloon, has always been a showcase for cutting-edge auto technology. Not surprisingly, the latest generation of this premium sports limousine features more state-of-the-art gadgets than a teenager’s bedroom. The 7’s on-board technology can include an ingenious automatic parking system, automatic speed-limit correction to keep your licence safe, control of the infotainment system simply by hand gesture and a traffic-lane recognition system for motorway safety.

Mercedes-Benz
Mercedes’ latest new cars demonstrate the breadth of the world’s oldest motor manufacturer’s range. The changes to the latest A-Class family hatchback make it so easy to drive that it is becoming popular with driving schools across the world. Meanwhile the new two-seat GT R super-coupé has a specially-tuned engine to achieve 0-60mph acceleration in just 3.5 seconds and a top speed of 200mph (320kph). It makes the high-performance Mercedes more desirable than ever… although admittedly it’s not one for those learner drivers.