Thirty-five years ago, AMG officially became a car manufacturer. Together with the first four-valve cylinder head, they invented the saloon sports car range

What could be more revolutionary than taking a car designed for maximum comfort and turning it into a champion competing for a lap time with sporting success? Nowadays, we take it for granted that a brand like Mercedes could have ultra-performance versions of their cars, but before AMG was established, no one had ever thought to sprinkle some chili pepper under the bonnet of an all-comfort saloon car or - even more incredibly - of a station wagon designed for family use. Pirelli, the champion certified tyre brand on the Affalterbach vehicles, is proud to boast of its important partnership with AMG. 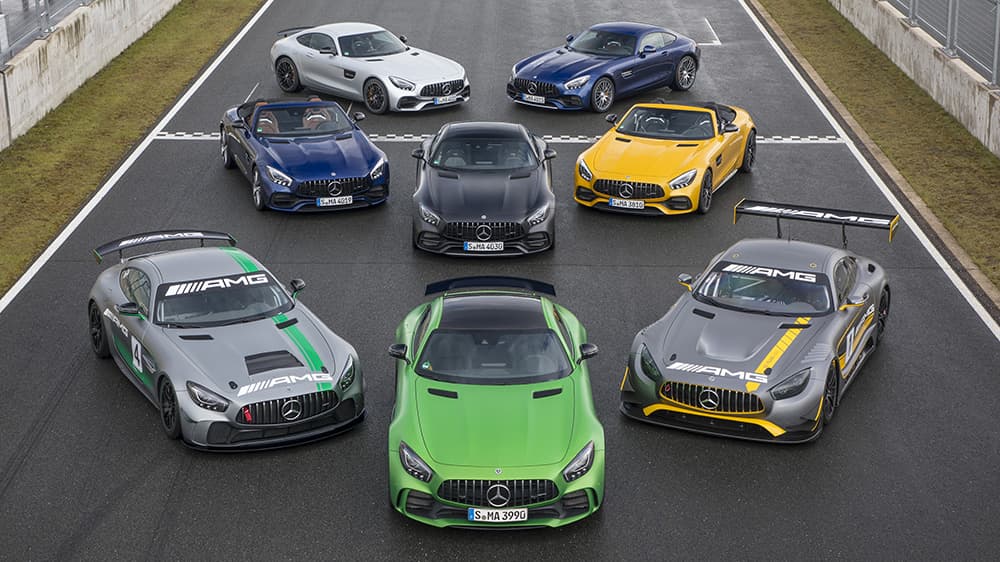 Two names, Hans Werner Aufrecht and Erhard Melcher, and the town where they decided to revive the Mercedes tradition in Motorsport, Großaspach: taking the three initials, the official AMG brand was launched (and within five years they had already transferred to their current headquarters in Affalterbach). The first time they conquered the podium was with a racing Mercedes 300 SL which took second place in the 24 Hours on the Spa-Francorchamps circuit, a competition which is still a determining test ground for cars from this series. The move from racing to the preparations for certified vehicles was brief and the first AMG road cars were created, vehicles capable of combining the typical comfort of Mercedes with the motor and attitude potentials of a racing car. A combination that was almost more American than German, due to the decision to focus on generous, large volume engines, capable of burning the tarmac under its tyres.

The revolution came thirty-five years ago, with the innovation that made AMG an engine as well as car manufacturer: the two technicians invented a cylinder head with four valves per cylinder that was initially fitted on a legendary vehicle, the 300 E in the W124 series. Such was the impetuousness with which this car imposed itself on the collective imagination of car lovers, that it earned itself a nickname that went down in history, The Hammer. And - strangely enough - it was precisely the United States that it won over, where they have always loved more hot-headed, powerful engines, just like the 5.5 litre V8 with its 355 HP. Saloon car body, four-door and spacious boot. Interiors fit for a German touring car, with all ready-to-hand comforts and scented black leather trim. A Mercedes through and through, but with a sporting soul under the bonnet and a layout that aimed to encompass all that exuberance. Home comfort at more than 300 km/h.

AMG is synonymous with handcrafted passion, even today, even after the move from independent company to internal department at Mercedes. Pirelli has now confirmed its historical relationship with the German sports brand thanks to the recently signed partnership with the AMG Driving Academy Italy: a calendar of circuits that twist and turn along 8 legs, from ice on the winter track in Livigno to the main Italian racetracks, where the AMG cars can flaunt the M01 marked P Zero, an acronym that indicates that those tyres were specifically designed for Affalterbach vehicles. So they can continue to burn up the tarmac below them.