Since it began in 1907, the Los Angeles Auto Show has built a reputation as one of the top automotive shows in the United States and the world.  With stellar attendance levels and an 800,000 plus square feet show floor; the yearly event draws in thousands of media, influencers, and the general public.  For automotive fans, the show evokes a “kid in the candy store” type of thrill. A truly international event, registered media and top decision makers from 58 countries flock to see the latest and greatest industry offerings.  In 2016, Automobility LA launched the show with exhibits, seminars, press conferences and unveilings centred on the future of mobility theme.  In an ever-changing industry, such dedication is fitting for one of the most prestigious, progressive automotive events.   Naturally, Pirelli was there as the official tire of the show – an apt label and partnership given Pirelli’s deep connections with the local community and manufacturers at the show. 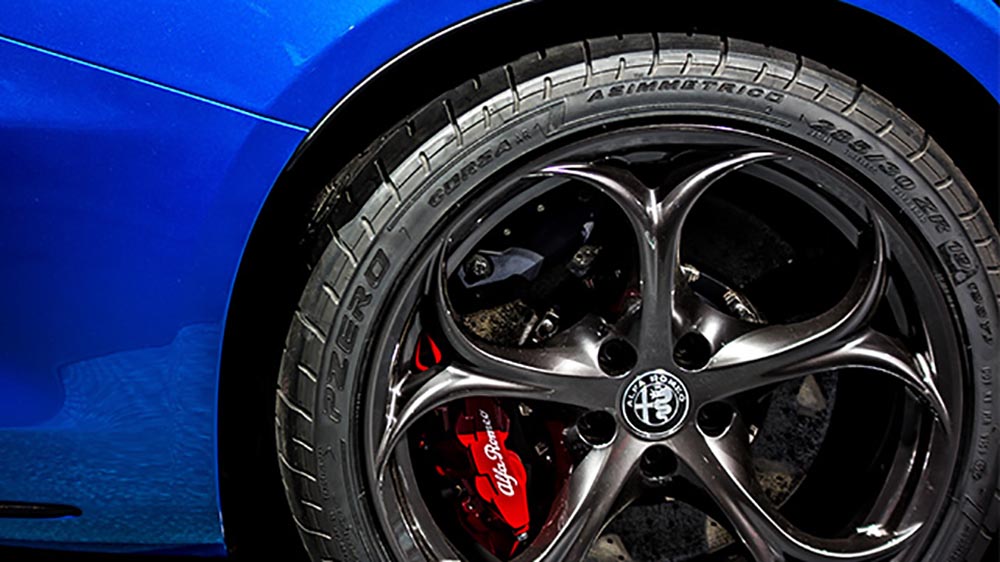 Part of this show’s appeal is the location.  California is known for its easy luxury, laid-back atmosphere and being a strong reference point for the ‘good life’– from landscape and weather, to food, wine and shopping.   This enviable lifestyle ethos has drawn in the best of the best from the entertainment industry to top business innovators, creating a population hungry for high-end goods and experiences. And did we mention that everyone drives in LA? Car culture reigns supreme in California, particularly Southern California, where it is recognized as a pivotal automotive epicentre both in the US and globally.

For Pirelli, Los Angeles has also recently been designated as one of its global “homes”.  With the introduction of P Zero World earlier this year, the roots are established to grow brand awareness and integration into LA’s rich automotive culture, sharing the common goals of quality and innovation.  Located near Beverly Hills, the store provides a completely immersive Pirelli brand experience to purchase and install tires– elevating it beyond a simple maintenance task to a small luxury. This expression of innovation caters to this auto-centric market.  In addition to a stellar shopping experience, the location also hosts events for automotive enthusiasts, manufacturing partners and influencers, making it a true hub for car fans in the area.   At this year’s auto show in fact, Pirelli hosted an exclusive brunch with McLaren for top automotive media and VIPs, celebrating the two brands’ long-standing partnership and commitment to innovation in motorsports and prestige OEM fitments. A video was unveiled and speeches were made by Pirelli’s North American CEO & Chairman Pierluigi Dinelli; VP of Motorsports, Communications and Prestige, Rafael Navarro; and from McLaren, JP Canton (Head of Public Relations). Guests enjoyed gourmet canapes and cocktails by cult LA chef Ludo from Trois Familia. A selection of Pirelli equipped McLaren models were also proudly on display for guests to peruse.

Outside of P Zero World, Pirelli also has a significant partnership with the Los Angeles Dodgers – iconic for Angelenos who consider “their team” as much a part of the landscape as palm trees and sunshine.

The show’s prestige and dedication to technology and innovation is a perfect match for Pirelli, the official tire of the show.  Pirelli has taken center stage with two activation booths – one in the west and another in the south atrium.  The LAAS and Pirelli alignment is shown through Pirelli’s high percentage of fitments at the show in the prestige and premium car segments.  In the prestige segment, an impressive 75% of vehicles were fitted with Pirelli product – Aston Martin, Lotus, Maserati, and Porsche are included in this segment, for example.   Pirelli also topped the premium segment charts with around a quarter of all fitments on display.  The P Zero family made up the majority of Pirelli fitments,  with the new P Zero appearing on several Porsche models - including the 2017 Panamera, 718 Boxster and 718 Cayman, and also the Jaguar F-Type SVR, Audi R8 and Volvo 590.  Within the Pirelli booth, a McLaren 570s wears the new P Zero–proving that the P Zero story (prestige, luxury and OEM partnership) is best told through the car makers’ choice itself.

What happens in Vegas…

Lure of the great
American highway

A “candy shop” for car lovers in LA