Stop that tyre, if you can

The new P Zero Pirelli débuts on the track in Estoril, Portugal and offers a preview of its features: speed, control and handling. In short: technology, performance and safety, combined with longer life, quiet operation and low consumption. Below is the correspondence exchanged by the detectives who attempted to figure out its secrets during the presentation to the press and to customers

Home road Stop that tyre, if you can

Date of birth: unknown. Officially, April 4th, 2016 when it was presented to customers and the press, but it was spotted back on April 2nd at the Geneva Motor Show in Switzerland fitted on some of the most exciting models on display, like the Maserati Levante, the Ferrari GTC4 Lusso and the Pagani Huayra; sales to kick off next month.

Physical traits: rounder profiles for better grip and cornering accuracy; new under tread compounds for improved handling and rolling resistance; innovative polymers with high mechanical properties for optimised dry and wet performance; brand-new tread pattern with deeper longitudinal grooves for better water disposal. Bespoke lettering seen on the sidewall displaying the car maker's name indicating that it was developed specifically for the car on which it is fitted; coloured sidewalls even spotted, like on the Lamborghini Centenario. 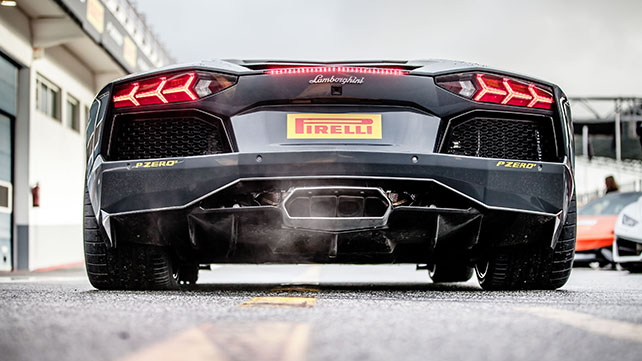 Place of birth: uncertain, created in Milan but developed at the engineering establishments of the major auto makers of the models it outfits.

Place of residence: always on the move; seen everywhere on prestige cars and more than often on the most recent sedans, SUVs and coupés.

Occupation: the technologically most advanced Pirelli product designed to outfit the best performing cars on the market.

Next of kin: member of the P Zero family originally created in 1986 for rally racing on the Lancia Delta S4 and chosen to outfit the legendary Ferrari F40 the following year. Since then, the family has kept multiplying and being developed for different models and applications. Known as System, Rosso, Nero Gt and Corsa they are the siblings of the new P Zero: we counted 800 types fitted on an equal number of cars for which it was picked as original equipment.

Titles: an array of exclusive patents and a host of features make it unique, like the “sponge” designed to reduce noise in the passenger compartment or the system which allows to keep running even in case of puncture.

Latest appearance: Estoril, race track, today, April 4th, streaking by at top speed on supercars of the calibre of Pagani, Lamborghini and Ferrari.