Pirelli is back once again to present its latest products at SEMA 2018, the top specialty automotive equipment show in North America – and this time with a musical note. Pirelli’s halo product, the ultra-high performance P Zero tire, is ‘starring’ on the multi-platinum country music singer Brantley Gilbert’s Ford F-150 in the Ford booth and on the Dodge Demon by Speedkore in the Pirelli 62121 booth, a 1200 hp carbon fiber bodied custom build owned by Big Machine Label Group President / CEO Scott Borchetta. Continuing this theme of music and horsepower, Pirelli Design’s new F1 tire inspired IXOOST Speakers is on site playing a curated soundtrack of Big Machine Records’ artists, an independent American record label for country and pop stars like Taylor Swift and Brantley Gilbert. 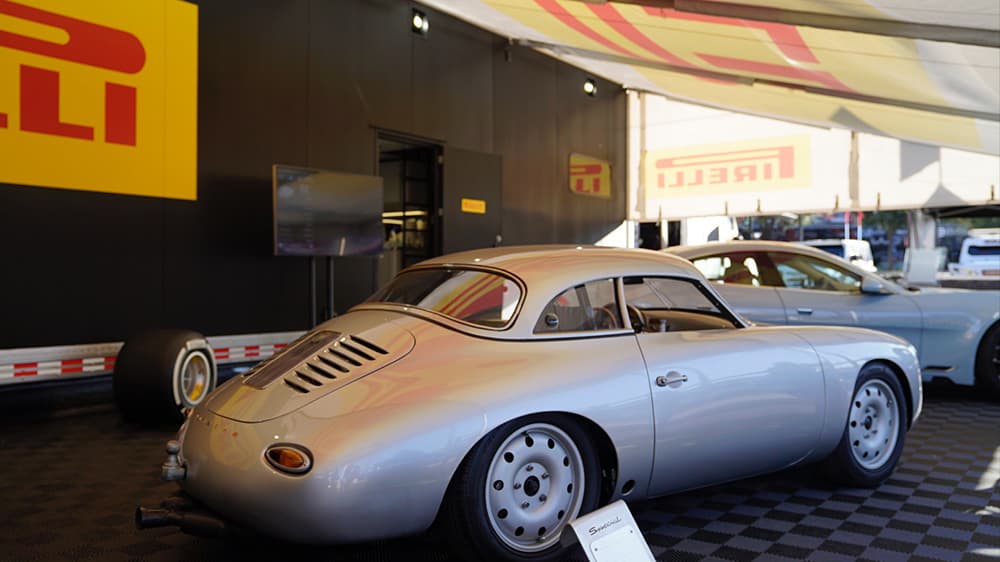 Pirelli’s inside booth features the Scorpion™ All Terrain Plus tire most recently launched for SUVs and pick-up trucks, plus the Scorpion Verde All Season Plus, P Zero All Season Plus and Cinturato P7 All Season Plus. These tires are all part of Pirelli’s Plus line tire family, which were designed with North American drivers in mind – offering greater mileage, comfort and performance, all backed by a mileage warranty.

Synthesizing this passion for music and all things automotive, the new Pirelli Wind Tunnel Tire Speaker by IXOOST is on display to blast out tunes at Pirelli during SEMA as well – namely songs by Big Machine Label’s stable of country and pop artists.

Let’s play so with Pirelli at SEMA.

Pirelli Collezione: a range of tires for historic sports cars