From James Bond to Uma Thurman, from Jamiroquai to Naomi Campbell. All the celebrities who chose the most famous tire

The most famous P Zero tyres in history
The P Zero is the most famous tyre in the world. So it’s no surprise that over the years there have been some pretty big stars putting those tyres through their paces. Here are some of the most famous of all: iconic personalities who will always be associated with an iconic tyre. Because after all – power is nothing without control. 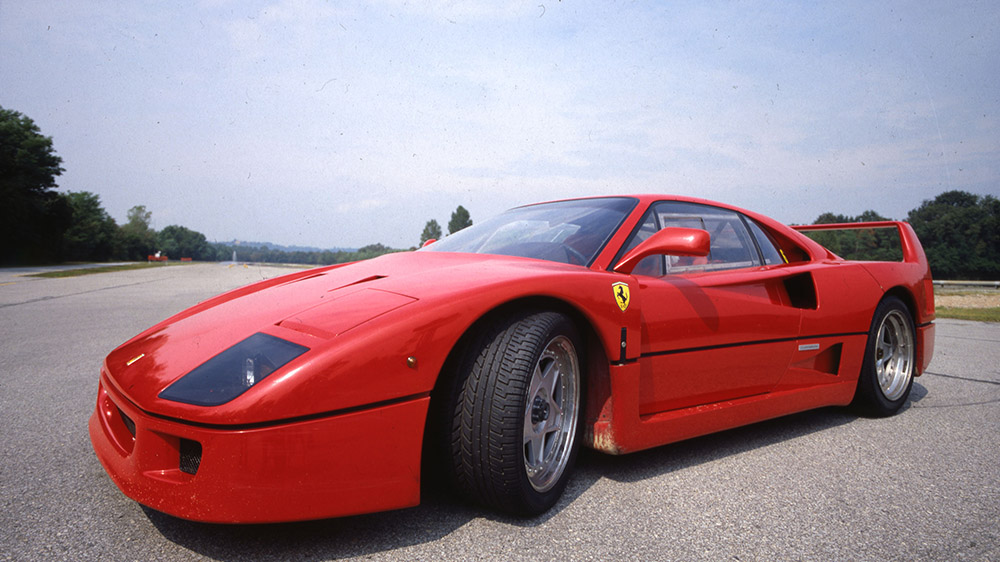 1. James Bond’s Aston Martin DB10 (Spectre)
“The name is Zero. P Zero.” This is obviously how the tyres that enable 007 to pursue and escape from villains on a regular basis would introduce themselves if they could talk. James Bond has driven a number of cars over the years (in excess of 100) but the latest is the DB10: a special one-off vehicle created for the film Spectre, which previews the forthcoming DB11. A number of Pirelli tyres were harmed in the making of Spectre, with Pirelli providing original equipment for Aston Martin and its most discerning customers, such as 007. Bond has driven a number of other Aston Martins in recent films, such as the Vanquish (Die Another Day) and DBS (Quantum of Solace). In total, Aston Martins have featured in 12 of the 24 James Bond films made.

2. Uma Thurman’s Lamborghini Gallardo (Mission Zero)
Mission Zero is short film lasting eight minutes with three protagonists: Uma Thurman (of Kill Bill fame), her yellow Lamborghini Gallardo, and its Pirelli P Zero tyres. Shot over 10 days in Los Angeles (where else?) the 2007 film is all about Thurman trying to escape from a gang of would-be assassin, with the P Zero tyres quite literally making the difference between life and death. It’s a classic driving film, in the spirit of Claude Lelouch’s ‘C’était un rendezvous’, as La Thurman tears up LA. Does she make it? You’re just going to have to watch it to find out.

3. Jay Kay’s green La Ferrari (Jamiroquai)
Pirelli developed bespoke tyres P Zero tyres for the La Ferrari when the Prancing Horse’s hypercar was launched in 2013, while Jamiroquai’s front man Jay Kay developed a bespoke colour for the example that he ordered: Kermit the frog green. Although his inspiration instead came from the fact that he wanted his car to match the green of the Italian flag. Together with the red of the rear lights and the white of the headlights, it forms a perfect tribute to Italy’s automotive technology, of which Pirelli forms a huge part. “I wanted to make a statement with the car and this gives it a uniqueness, which it truly deserves,” explained Jay; real name Jason Cheetham.

4. Martin Brundle’s 18-inch P Zero GP2 tyre
Like Jay Kay’s green LaFerrari, the stunning 18-inch P Zero tyres fitted to a racing car that Martin Brundle demonstrated at the 2015 Monaco Grand Prix were a one-off. These bespoke P Zero covers were designed to showcase a possible future direction that Formula One could take, as well as demonstrating Pirelli’s ability to create a tailor-made performance tyre for practically anything. In 2014, Pirelli already demonstrated an 18-inch tyre on an existing Formula One car, with Lotus at the official F1® test in Silverstone following the British Grand Prix. But it was the combination of 18-inch tyres and the glamorous streets of Monaco that really got everyone talking.

5. The world’s most expensive Ferrari F40
The P Zero story started back in 1987, with tyres that were specifically created for the game-changing Ferrari F40. With a twin-turbo 3.0-litre engine and an overall weight of just over 1100 kilograms, the F40 was a proper beast. Terrifyingly, it put all its power onto the ground without the benefit of modern traction control and electronic stability systems. A very special tyre was needed, using competition technology, and that’s how the P Zero was born. Last year, an entirely original F40 sold for a record 1.12 million Euros at auction, having put just 7000 kilometres under its P Zero tyres from new.

6. Kanye West’s Lamborghini Aventador
“Lamborghini Mercy, your chick she so thirsty, I’m in that two-seat Lambo with your girl, and…” In the interests of public decency, we’ll skip the remaining lyrics to Kanye’s hit ‘Mercy’, which was originally to have been entitled ‘Murci’ as a tribute to the Lamborghini Murcielago. These days, Kanye’s boss whip (rapper-speak for ‘nice car’) is an Aventador, which comes with P Zero tyres as original equipment. In fact, every Lamborghini that has rolled off the production line since 1963 has worn Pirelli. With Kanye having now sold more than 32 million albums and achieved 100 million digital downloads, the P Zero tyres fitted to his matt black Aventador constitutes some of the most famous rubber in the world.

7. Bentley Bentayga – the world’s fastest SUV
It does 301kph, top speed. And it’s an SUV. These are the two incredible facts that make the world’s quickest SUV stand out from the crowd, having stunned the world when it was presented at the 2015 Geneva Motor Show. To achieve these incredible speeds, guaranteeing instant fame, the Bentayga is exclusively supplied with P Zero tyres in a maximum size of a whopping 22 inches. Now there’s something for Formula One to think about.

8. P Zero Silver – the first road car tyre derived directly from F1®
Staying with the Formula One theme – which Pirelli has exclusively supplied since 2011 – the company produced the very first road tyre to be derived directly from F1® competition, in 2012. The P Zero Silver, which claimed its place in Pirelli history as yet another example of the way the company uses motorsport to define the road product, used Formula One know-how to replicate some of the characteristics of the hard compound in F1®, putting the accent on durability and consistent performance over long distances. As such, it was designed for high-performance sports saloons that cover more than 20,000 kilometres a year: a truly unique product.

9. Lewis Hamilton’s Pagani Zonda
The three-time Formula One world champion has got a number of nice rides in his garage, but one of the most famous is his purple Pagani Zonda: another car that comes exclusively equipped with Pirelli tyres. Such is the performance on offer that a Zonda R on P Zero tyres set the production car lap record at the fabled Nurburgring in 2010. Hamilton’s Zonda lives in Monaco and is called the 760LH – because it was built especially for him.

11. Carl Lewis’s P Zero feet
Lewis Hamilton was named after Carl Lewis: a hero of his father’s, and the protagonist of Pirelli’s most famous global advertising campaign. Following on from the success of the ‘power is nothing without control’ image – featuring (Carl) Lewis on the starting blocks of a race, clad in red stiletto heels – he then starred in a 1990 television advert that featured him sprinting through New York and up the Statue of Liberty. His secret is revealed at the end: Pirelli-patterned feet. Without a doubt the most remarkable P Zero tyres in the world.

12. Ken Block’s 1965 Gymkhana Ford Mustang
Ken Block’s Gymkhana videos are the most successful of their type in the world, as the American skids, power slides and jumps his way through a series of urban obstacles, with doughnuts and tyre smoke high up on the agenda. In 2014, Block created the only four-wheel drive 6.7-litre, 850 horsepower Ford Mustang in the world, based on a 1965 model and running on P Zero tyres as the star of Gymkhana 7 (with more than 32 million views on YouTube).

13. Valentino Rossi’s Ford Fiesta RS WRC
When it comes to sporting heroes, nobody is bigger than The Doctor. As well as dominating bike racing, Valentino is also an accomplished driver and a four-time winner of the Monza Rally in Italy: an event he has made his own in recent years. A key to his success are also his P Zero rally tyres, which have helped him to beat some of the WRC’s top stars.

14. Lionel Messi’s Maserati GranTurismo MC Stradale
The Barcelona striker, rated by many to be the best footballer in the world, owns a number of cars. But one in which he is seen very often is his white Maserati Gran Turismo MC Stradale (in fact, all his cars are white). Pirelli P Zero tyres were original equipment on the car, which provide comfort for grand touring as well as out and out pace.

Tyre homologation: reached the milestone of 2000 for Pirelli