From San Remo to the world’s toughest roads, history comes to life in Pirelli’s innovative P Zero tyres created with a racing spirit

It started 30 years ago with a tyre developed for the San Remo rally. Pirelli used all the expertise gained from the fierce competition of Formula One racing to produce tyres specifically for the huge demands of the 478 horsepower, 1,100kg Ferrari F40.

Hundreds of bespoke applications later, the P Zero name has become synonymous with competition and speed. And at the 2017 Geneva Motor Show, the Italian tyre maker took individual tailoring to the next level with two further innovations.

Innovation
The first offers the opportunity for personalisation – the Color Edition allows drivers to add a bold stripe around the sidewall in one of 3,000 colours.

The second innovation is the Pirelli Connesso, which brings 21st-century connectivity to tyres, providing real-time tyre data for a safer and more efficient driving experience.

By adding these features Pirelli aims to ensure that the P Zero will continue to be the original-equipment tyre preferred by car manufacturers for their supersport and other high-end models, and by the most demanding drivers looking for both performance and safety

Setting the standard
The pedigree of that first P Zero tyre in 1986 resulted in a brand that shaped the history of the tyre industry and consolidated Pirelli’s place as a global leader in high-performance tyres.

Innovations in the P Zero brand, such as low and ultra-low profiles, have continued to set standards in the tyre industry ever since. And the P Zero Giallo, the first road tyre ever to be based on a racing tyre, showed that it was possible to satisfy the demands of racing while at the same time meeting the road driver’s need for comfort and safety.

Pirelli continues to draw experience and ideas from formula, rally and touring-car racing to cater for the changing needs of drivers and the automotive industry.

To this end the tyre maker has developed an interactive process derived from Formula One and other high-speed motorsports that harnesses the skills of multiple teams of engineers.

Working with the best
In producing tyres that are original fitment for new cars, Pirelli researchers work hand-in-hand with manufacturers’ experts to develop a version of the P Zero that meets the specific needs in terms of both performance (such as integration with the braking system and steering response) and comfort (noise and vibration, for example).

The resulting custom-designed tyres proudly wear on their sidewalls, alongside the Pirelli logo, a letter or symbol proclaiming their specific application (“F” for Ferrari, “AO” for Audi, “L” for Lamborghini, a star for BMW, and so on).

The current P Zero, launched by Pirelli in 2007, is widely seen as the leading tyre in the premium segment. Over the past 10 years it has evolved and developed to the point that there is no longer just a single P Zero for original fitment, but instead a core tyre from which many versions have been derived for specific vehicles.

Some of the most recent versions include those for the Porsche 911, the Lamborghini Aventador and the McLaren MP4-12C. Just as was the case with the tyre made for the Ferrari F40 in 1987, all have been developed jointly by the tyre maker working with the car maker’s own engineers. Since 2007, there have been 250 versions of the P Zero. 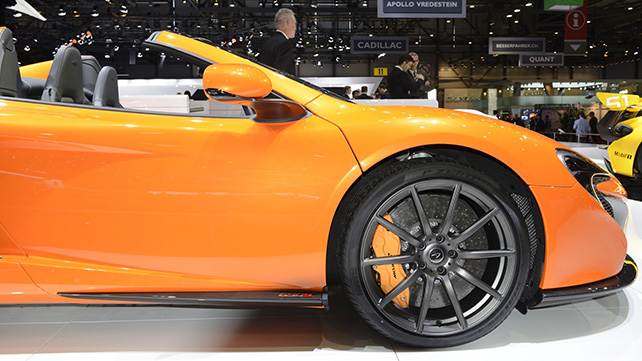 Uniting performance and safety
Tyres for the replacement market have not been left out of the cycle of continuous improvement, and have also reflected developments in original-equipment P Zero tyres.

The core characteristics of the P Zero are its high levels of safety, including reduced braking distances in the dry and the wet, grip on bends and in a straight line, handling and ride. The tyre uses special nano-composites in the tread and bead that permit comfort as well as race-level handling. With three wide longitudinal channels, the tread pattern gives the tyre maximum grip on wet surfaces while also ensuring low levels of noise, while the asymmetrical tread profile results in regular wear. The structure of the P Zero also limits deformation in the tyre profile even at speeds of up to 370km/h.

The P Zero Corsa System, developed in collaboration with the manufacturers of racecar-derived supercars, is Pirelli’s highest-performance road tyre. Development of the system began in 2003 with a partnership between Pirelli and Ferrari for the tyres fitted to the Ferrari 360 Challenge Stradale.

In 2010, through a partnership with Lamborghini, Pirelli introduced a P Zero Corsa System for the Gallardo LP 570-4 Superleggera that added the new P Zero Corsa Asimmetrico to the existing directional version.

Racecar levels of performance
The result is a range of tyres at home on both road and track, with maximum stability at high speeds and in cornering. And, with two different tread patterns — directional for the front and asymmetrical for the rear — the tyres resist aquaplaning better than semi-slick wet tyres derived from motorsport.

The directional tread pattern features longitudinal channels that expel water from the contact patch for precision steering and iacreased cornering grip. With its wider contact patch and greater rigidity, the asymmetrical pattern improves handling. The robust full-shoulder tread blocks give the asymmetrical tread pattern maximum performance on dry surfaces even under the most extreme conditions.

Now the addition of colour choices and connectivity has expanded the capabilities of an already class-leading brand. And enabled the P Zero to combine aesthetics and convenience with racecar levels of performance.

Tyres in
every colour