The birth and advancement of Pirelli P Zero tyres are inextricably bound to the improved performance of the cars that mount them. Better performing vehicles fit tyres that transfer their force to the asphalt, bringing higher degrees of control and safety

Certain traits are innate and manifested at birth. They then evolve and progress if given the space to do so. A strong thought: something magnetic is generated when human genius works for the world and the Pirelli P Zero, for example, is the Milanese manufacturer’s manifesto on the extremely high performance front, transposing the dynamism of the world’s most prestigious cars to road and racetrack. Its history is inextricably bound to the most recent evolution of the car. You cannot excel in the present without having foundations in the past. 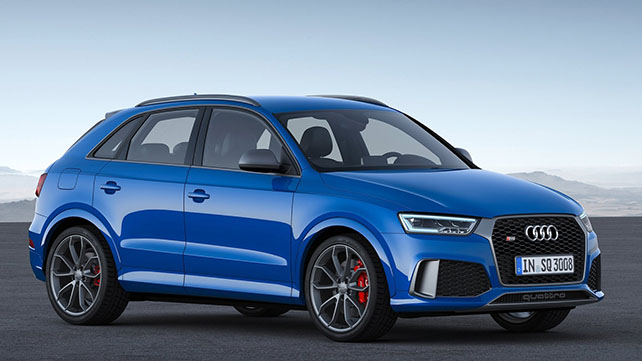 Origin
The original idea of the first P Zero tyres, which later expanded like a real family, dates from far-off 1986 and took concrete form in 1987 when the name was chosen almost at random for a type of tyre developed for that year’s San Remo Rally and for what many fans still consider the highest expression of international motor sports before electronics took over: the Ferrari F40.
For many, that car represented the pure and unadulterated essence of performance mechanics applied to road and Ferrari was in the front line with Pirelli during the production of the first P Zero. Indeed, it was the experience gained by both manufacturers in the world’s most prominent competitions that turned the origin of this tyre into legend, designed as it was to offer dynamic balance and further the prodigious performances of the Prancing Horse’s sports car. Developed in 1987, the car required tyres of the highest standard to guarantee the maximum traction, as well as highly efficient performance in the acceleration and braking phases to sustain the excessive dynamic force of a supercar lacking electronic aids and featuring a first class weight/power ratio: 2.3 kg/CV, a value based on the 478 horsepower (351.5 kW) produced by the 3.0 litre twin-turbo engine produced by the Maranello mechanics, against a weight of just over 1,100 kg.
To cope with all this, the first P Zero had a specific and highly unusual structure compared with other tyres of the period. Kevlar was added to the connection zone between tyre and rim, and one of the two belts, increasing structural stability even under great stress and reducing the overall weight by around 10%. Other details were an asymmetric tread design, tending more towards the exterior and comprising two different mixes, as well as the exceptional 245/40 R17 size on the front axle and big 335/35 R17 tyres fitted to the rear axle, constantly spurred on by the 577 Nm of torque generated by the car.

A Development that Spread from Italy Around the World
Since that far-off 1987 and the noble origins of the first P Zero, the name has constantly evolved and grown over the years, becoming versatile, diversified across several specifications and mounted on an increasing range of better performing models, for which the tyres from Milan have been chosen. This growth has been further enriched by knowhow gained working on the track and in the most prestigious international competitions, particularly Formula One. The manufacturer has constantly refined the specifications of productions branded P Zero, increasingly technological compared with the original model, despite guaranteeing the same superior efficiency and performance of their progenitor.
The Ferrari F40, later the 1988 Lamborghini Countach and the special Alfa Romeo Sprint Zagato of 1989 were the first cars to take centre stage in this evolution process, an initial indication of which became immediately visible in the Alfa Romeo sports car, fitted with tyres that could withstand cornering forces in excess of 1.1 G. From the first Italian supercars to the ever better performing Prancing Horse and Bull models, without forgetting the equally sportive Maserati and Pagani, they have adorned the rims of the most prestigious international productions branded Porsche, Mercedes, BMW, Audi, Jaguar, McLaren and more. Indeed, the 19-inch P Zero made its debut on the wheels of a special 911 Turbo developed by Swiss tuner Rinspeed in 1991.
Growth and versatility were most visible with the advent of several P Zero types. From the P Zero System, featuring directional and asymmetric pattern treads that boosted performance when braking on wet asphalt, to the ever higher performing Corsa, Corsa System developed in 2010 with Lamborghini for the Gallardo LP 570-4 Superleggera, Trofeo and the Rosso, Nero and Silver variants (studied more for long distances) plus the new P Zero created in 2007: a series of tyres available in approximately 130 sizes from 17 to 21 inches with low profile and ultra-low profiles, all designed to comply with the most stringent standards of safety, comfort and consistent pace, and boasting structures that do not suffer from profile deformation even at speeds of 370 km/h, as well as considerably reducing braking distances on wet and dry surfaces.
Core to the technological evolution of the P Zero is the adoption of special technology in the form of nano-composites in the bead and tread. Despite the stress produced by the high performance expressed, they offer consistently high driving sensitivity. The large longitudinal grooves and asymmetric profile favour maximum grip on the asphalt, benefiting safety and acoustic comfort, but also even wear. The high performance levels are further aided by different internal structures, introduced to sustain pace and stability in the face of the varying physical stresses of road and racetrack, and comprising different materials such as steels, Kevlar and several fibres.
The story continues thanks also to the refined interactive development process, a production concept that structures the tyre according to customer requirements and constantly boosts the performance levels of the P Zero designed by the manufacturer. This choice results in active collaboration between the Milanese manufacturer and the car manufacturers, offering tyres that fit like gloves and are more and more technological. The most recent examples are the Lamborghini Centenario, the equally prodigious Ferrari and McLaren P1and the refined Pagani Huayra, the recipient of three types of P Zero (standard, Corsa and Trofeo) specially produced for the high performing manufacturer in San Cesario sul Panaro, Modena.