The car, initially designed for the Gran Turismo Sport virtual racetracks, will be presented in Geneva, thanks to the partnership between two outstanding companies from Milan

“A dream come true”. This is what Andrea Zagato, CEO at Zagato – the Milanese Atelier that has been making limited editions of collectible cars since 1919  – said on the eve of the 88th  Geneva Motor Show, where the physical model of the IsoRivolta Zagato Vision Gran Turismo will be shown. 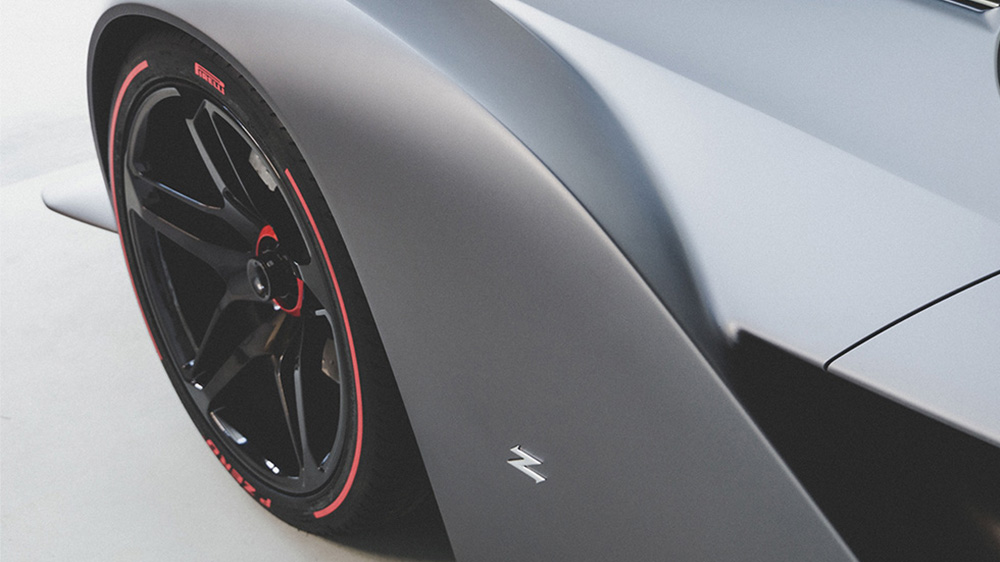 It is the result of a partnership between two all-Italian sources of excellence: Zagato and Pirelli, companies with deep roots in Milan’s industrial tradition.

The car was created, initially, for the virtual tracks of Gran Turismo Sport, the latest evolution of the Polyphony Digital driving simulator, available for Sony Playstation. In this “virtual” version, the supercar is equipped with Pirelli tyres, the same tyres as may be found on the “real” version. It’s not the first time the Milanese company has embraced a similar project; in 2016 “The Game” was released, one of Italy’s most popular videogames of all time, starring Valentino Rossi and his Yamaha.

“We must keep up with the times,” notes Andrea Zagato, “and this is one of the reasons we worked with Sony on this project, because our goals include reaching a public of millennials, potential new enthusiasts”.

This is not the first time Zagato and Pirelli have worked together. As early as the 1930’s, the glorious Alfa Romeo Zagatos raced by Scuderia Ferrari mounted Pirelli tyres as well as the Zagato GTs of the ‘50s and the “fuoriserie” of the ‘60s, like the 1965 Lamborghini 3500 GTZ and 4000 GTZ. Then all the Alfas up to the 1990 S.Z.  –first Zagato model to mount the P Zero tyres - the 2008 Bentley GTZ and the 2011 Aston Martin V12. Even the recent Aston Martin models of the Vanquish Zagato Family are equipped with P Zero tyres; these are only a few examples, testifying to this Milanese partnership almost one hundred years old.

From the Playstation console to the Palexpo stand in Geneva: the IsoRivolta Zagato Vision Gran Turismo will be shown for the first time in Europe at the Swiss event, after its world première in Tokyo. Zagato’s supercar pays homage to the prestigious Milanese IsoRivolta brand, which made cars until the’ 70s and was one of the biggest makers of Gran Turismo sportscars with flowing lines combining all-Italian design with powerful American engines. A passion for racing and a combination of luxury finishes and reliability were the main characteristics of the prestigious Milanese automaker. “Perhaps not everyone knows that Gran Turismo is an intermediate category of motorsport,” explains Andrea Zagato, “created by four illustrious figures from Milan: Count Giovannino Lurani, the Mayor of Milan at the time, famous sports reporter Giovanni Canestrini, and my father Elio Zagato, a gentleman driver”.

Norihiko Harada, Zagato’s vice president of design, who conceived the Vision, tells us about its lines: “The volume of the car is made up of a number of modular elements. It features Zagato’s signature ‘double-bubble’ roof. Although the canopy and the wheel arches seem to stand out on their own, in the end the Zagato’s overall design comes together with regard to both its proportions and general ambience. Our wish is that this car, which was born in Gran Turismo, will take to the road in real life.”

The carbon fibre chassis was created by Dome especially for the IsoRivolta Zagato Vision Granturismo, and under the hood, Zagato put a 2018 GM/Corvette powertrain, a V8 6.2 engine with multiple power configurations. The car is equipped with a new set of Pirelli P Zero “color edition” tyres with a red stripe on their shoulder.

“The logo of our car, which you will be able to see for the first time in Europe in Geneva,” says Andrea Zagato’s wife Marella Rivolta Zagato, granddaughter of IsoRivolta founder Renzo Rivolta, “is a griffin, a mythological animal with the body of a lion and the head of an eagle. The lion represents my family, while the eagle symbolises the American heart: two images summing up what freedom means to us”.
Five specimens will be made, because “the Zagatos are collectible cars”.

But the Milanese studio’s “creature” will not be the only supercar to mount Pirelli tyres at the Geneva Motor Show. Others include the world premiere of the new McLaren Senna, a limited edition of only 500 cars with a 4-litre twin turbo-charged engine with a power of 800 HP, equipped with bespoke Pirelli P Zero Trofeo tyres. The cars at the Ferrari stand will also all be equipped with Pirelli P Zero tyres.

Lastly, Pirelli will as usual have its own space in the Palexpo exhibiting its latest products. The show will be open to the public March 8 through 14.