Pirelli and Acura:
from the "clouds" to the road

Home road Pirelli and Acura:
from the "clouds" to the road

Pirelli and Acura:
from the "clouds" to the road

The relationship between Pirelli and Acura began "in the clouds". This is not a play on words: in recent years, in fact, the luxury brand that Honda proposes for the American market has chosen P-long tires to face Pikes Peak, the hill climb competition otherwise known as the “race to the clouds”.

In particular, the 2019 edition of the oldest motorsport race in the United States (after the Indy 500) saw 5 Acura Team cars lined up in the different categories, all with Pirelli tires. 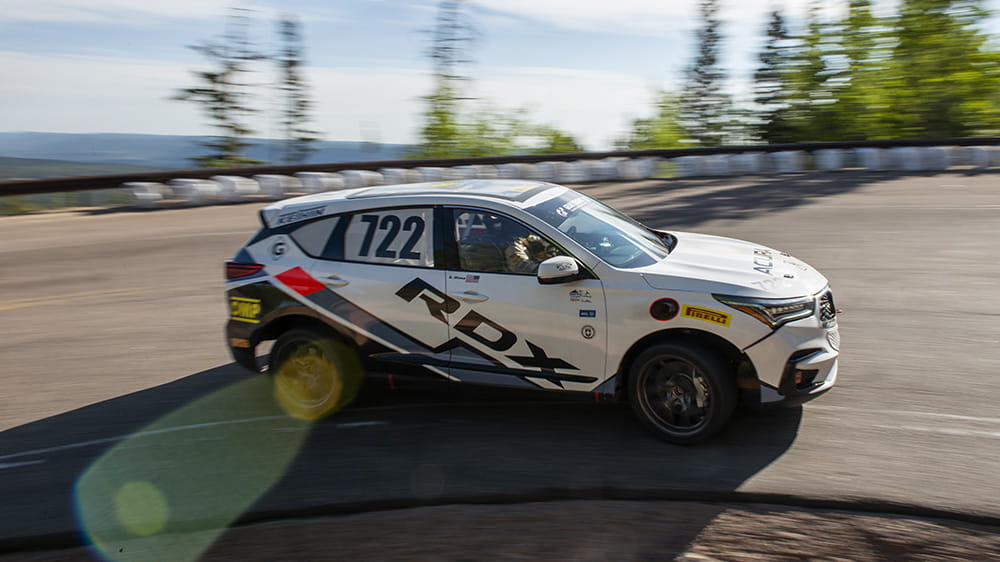 The P Zero Trofeo R Pirelli’s innovative ultra-low-profile track tire with asymmetrical design for the MDX Sport Hybrid and the 2019 RDX A-Spec. And for the NSX and TLX GT, Acura selected Pirelli slick competition tires with external profile and internal structure designed to maximize the dimensions of the contact area. On TLX, in particular, Peter Cunningham took home the third consecutive victory in the Open category of the world's most famous hill climb competition, registering a new record (3 seconds faster than the previous one) and closing the race on the third absolute place, with a time of 9: 24.433.

A victory for which the "veteran" of Pikes Peak publicly thanked Pirelli.

However, the relationship between the long P and Acura goes further than the challenging climbs of the Colorado mountains where Pikes Peak takes place. Off the peak, Pirelli develops Winter Sottozero 3 (in 19 and 20 inches) for one of the most iconic cars of the Acura brand, the NSX.

Designed in the late 1980s, Honda commissioned the Italian automotive designer Pininfarina to develop the HPX, or Honda Pininfarina eXperimental. Following that, the brand began work on the NSX, or New Sportscar eXperimental. The NSX was presented at the Show of Chicago in February 1989 and launched on the market in 1990. A critical component of its development was the contribution of Ayrton Senna, then a Honda F1 driver, who convinced the Japanese brand to tighten the chassis of the new car.

The idea was to get the NSX performance closer to that of the famous European sports cars and to emulate their aesthetic style, especially that of the Italians. Production of the car ceased in 2005, and then resumed in 2012.

Today, the Acura NSX is one of the best performing cars on the road. Not surprisingly, it is one of the protagonists of the Blancpain GT World Challenge America, the Pirelli-equipped GT competition.

The secrets of making a
Pirelli Sports Tyre

Winter Safety, are All Season tyres suitable for snow?