Pirelli: a history of innovation

Pirelli: a history of innovation

The Pirelli Connesso system, destined to revolutionise the relationship between car and driver, is just the latest in a series of technological innovations from Pirelli, a company which has been one of the main instigators of change in the automotive industry throughout its 140-year history. 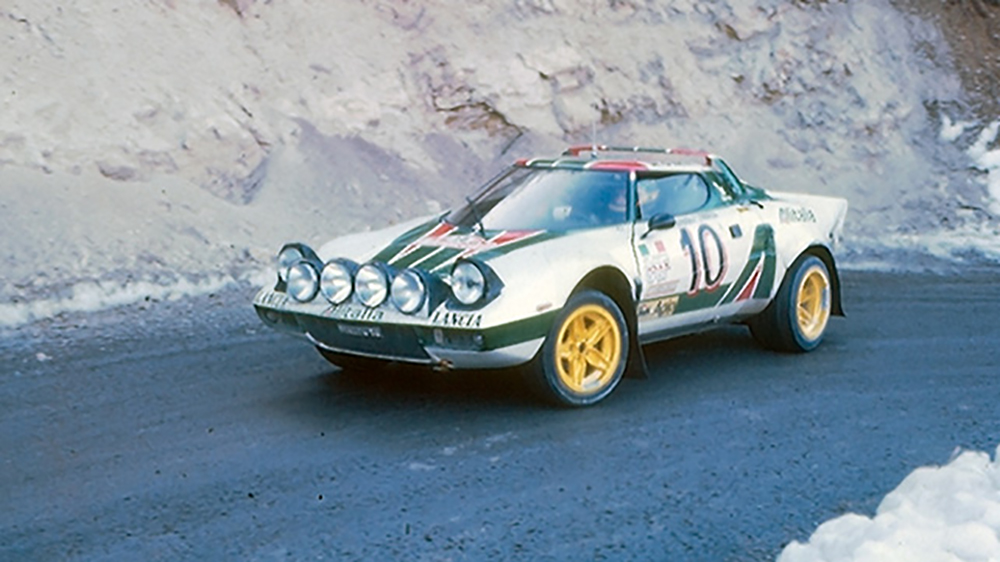 From the “Superflex” tyres of the 1920s, which marked the start of a new range of low pressure, lighter and more comfortable tyres, to low profile tyres for motorsport, requiring a level of performance research beyond that of providing comfort in everyday driving, and radial tyres, which transformed the entire structure of the tyre, making it significantly more resistant to wear and tear. These are just a few of the stop-off points on our journey through the Pirelli brand from its earliest tyres, mute and strictly black in colour, to the current coloured tyres which maintain a constant dialogue with the driver.

INNOVATIVE FROM THE START
Even before cars begin to take precedence over other forms of transport, a youthful Pirelli begins its work in the new-born tyre industry, initially working on bicycles. It is as early as 1894 that Pirelli patents a new production method, which resolves the not inconsiderable problem at the time of actually keeping the tyre on the wheel, while at the same time making it easier to fit. The system is named “Milano” and achieves notable success in foreign markets; originally designed for bicycles, it would soon be used for cars and motorbikes.

Then a new century dawns, and with the emergence of the first Italian car industry, Pirelli gets involved, at first only experimentally, in manufacturing tyres for cars, producing “Ercole” (Hercules), its first patent for car tyres at the turn of the century. Ercole’s attachment system makes use of a thick carcass of rubberised materials with thick beads which align with the curved edges of the wheel and occupy the whole space of the circle of the wheel: the beads join up, thus completely closing the air chamber and ensuring it remains circular. It is a step forward in respect to other systems, where the air chamber, by protecting itself from the open beads, assumes an oval shape.

THE ROARING TYRES OF THE 1920s
The technological evolution in the industry affects not only methods of production but also research on new materials, control systems and machinery, requiring a great deal of coordination conducted with scientific criteria and processes.

This leads to the creation of “Superflex” tyres (1924), beginning a new range of low pressure tyres which are both lighter and more comfortable. These qualities help Gastone Brilli Peri win the Italian Grand Prix at Monza in 1925 in his Alfa Romeo and be crowned World Champion.

1927 sees the debut of the Stella Bianca tyre, which unites all the experience of previous years and is particularly noteworthy for its sophisticated tyre tread design. In 1932 Tazio Nuvolari wins Targa Florio in an Alfa Romeo fitted with Pirelli Stella Bianca tyres.

A NOBEL PRIZE WINNER AT PIRELLI
In the second half of the 1930s the laboratories and factory established at Milano-Bicocca become a research centre for testing technologies and training the technical staff whose job it is to put these technologies into practice, while the start of the 1940s sees the opening of the first Italian factory for the production of synthetic rubber at Ferrara.

For this pioneering research Pirelli makes use of the expertise of Professor Giulio Natta, who in 1963 would receive the Nobel Prize for his discovery of polypropylene.

Another innovation of the era is the replacement of cotton with rayon as the material for the carcass of the tyres, realised around 1938.

Rayon cords, of a special quality produced in a dedicated Pirelli factory, demonstrate a resistance to heat which is far superior to cotton and are subsequently used (until being replaced by steel cords) in the production of large tyres and in combination with synthetic rubber.

CINTURATO AND THE BIRTH OF RADIAL TYRES
“After five long years of study we have produced and put on sale a new tyre known as Cinturato, manufactured on the basis of criteria which are completely different from current norms. The fundamental feature which characterises the tyre is a robust textile belt placed between the tread and the carcass; the latter, thanks to certain adjustments, has a level of solidity which provides far greater resistance to wear and tear.” This is how, in the Annual Report of 1952, Pirelli announces the birth of the radial tyre: the Cinturato, destined to revolutionise the tyre industry along with all the methods of transport where tyres are used.

CINTURATO CN72, THE AMERICAN
“For the new Camaro the new Cinturato from Pirelli”, the title of a press release from 1967 which announces the historical launch of the Cinturato in the United States, a country traditionally uninterested in radial technology. In order to fit the Cinturato to the car which in America is seen as the great rival of the Ford Mustang, the Pirelli technicians come up with new structures and a tread design which differ from the “European” Cinturato. The Cinturato CN72 is born, with a complete and expanded product line: it would soon be available in Europe too, with the new design of the Cinturato HS also adopted by the legendary Lamborghini Miura. And when a couple of years down the line the most famous Lamborghini in history requires “Serie 70” low profile tyres (as would the Maserati Ghibli), Cinturato CN73 would be added to the list.

LOW PROFILE TYRES: FROM RACE TRACKS TO THE ROAD
Another great revolution from Pirelli finds its technical fulfilment in the introduction of “low profile” tyres, with rally car racing as its primary development laboratory.

We’re in the 1970s and road racing is evolving in terms of both importance and visibility: car manufacturers are aiming at the increase in sales that victories in road competitions often bring. With the design of new cars specifically for road competitions, constructors need to improve the performance quality of their tyres, and Pirelli technicians discover that their objectives can be met by lowering the shoulder of the tyre.

The invention of low profile tyres leads to a veritable flood of new technologies in road car competitions. In 1972 Lancia decides to outdo everyone in the rally world with its revolutionary Stratos car. The car is brilliant, light and incredibly agile, yet at the same time capable of producing a level of performance which no tyre of the era appears to be able to utilise fully. Pirelli takes on the challenge, creating a tyre specially adapted for the new Italian car: Pirelli P7 is born, a “super low profile tyre” which, with one rigid shoulder and another lower down, is able to go beyond the limits undergone by the tyres of the time, enabling the Statos to reach speeds when entering and conducting corners which traditional tyres are simply incapable of supporting.

From the track to the road: in 1975, a P7 road tyre derived from the P7 Monte Carlo competition tyre is adapted to become standard for the new, powerful Porsche Carrera 911 Turbo production car, as Pirelli gives life to the new generation of high performance super low profile tyres.

HIGH SPEED MODELS AND SIMULATION
Motor racing competitions have not only helped Pirelli to develop new products which have revolutionised the tyre industry but also to create increasingly innovative simulation and design techniques. And what better testing ground for Pirelli Research and Development than Formula 1®, the top car racing series, where Pirelli has been the tyre supplier since 2011?

Formula 1® is the highest expression of motorsport and has also become the best way to reduce development times, being the perfect laboratory for elaborating designs, ideas, new compounds, concepts and experiences, which can then be transferred directly to road tyres for every brand of car.

High endurance compounds which undergo thermic stress from engines with more than 750 horsepower and structures taken to the limits by the best drivers in the world: the elements that characterise competition tyres. A reservoir of large amounts of data which is then transported directly across to the summer, winter and all-season tyres daily on the roads on SUVs, saloons and sports cars.

The result obtained by Pirelli are tyres which feature an incredibly high level of technology, capable of improving performance and drivability on the road and most importantly of all ensuring increasingly higher levels of safety.

The experience of Formula 1® is integrated with tyre testing methods, creating a perfect synergy with the Research and Development Department at Bicocca. The track represents only the final proving ground of the testing process undergone by the tyres. A new tyre is first tried out using a simulator which exhausts all possible conditions of use, with loads superior even to those experienced by a racing car and with greater traction than when cornering and accelerating in a Formula 1® car. The same simulation process is also used for road tyres: high speed, maximum loads and analysis – with total precision – of the behaviour of the tyre carcasses and compounds when tested to their absolute limits. All these tests are carried out with the aim of not only achieving maximum performance but of constantly improving the safety of tyres under all conditions.