Come rain or shine: Despite the bad weather, many fans of Porsche went to Böblingen near Stuttgart at the beginning of July

There the 10th PFF annual meeting took place on the grounds of MOTORWORLD, the famous space for mobile passion. Organizer of this traditional event is the Porsche Drivers Forum PFF, Europe's largest independent Porsche community, founded by Andreas Bippes in 2000. On its online platform PFF - Independent Porsche Magazine & Forum (www.pff.de), around 200,000 visitors will be informed about Porsche topics every month and exchange experiences. 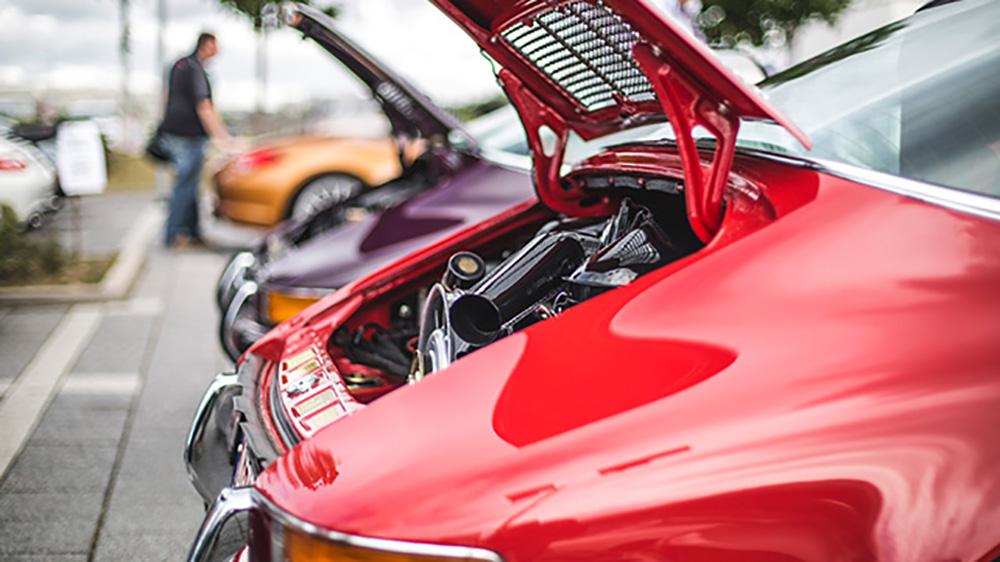 Around 5,000 Porsche enthusiasts celebrated the 10th anniversary of the PFF annual meeting on the site of MOTORWORLD. More than 700 of the participants arrived with their Porsche sports cars of different ages, deploying the vintage cars, youngtimer and new cars to a unique exhibition. At this year's Concours d'Elégance, the guests admired such special models as a white 911E Targa, a silver 993 4S Targa, a silver Spyder 981 GT, a white 997 S compressor as well as a gold 997 Turbo Edition China.

The Italian premium manufacturer Pirelli accompanied as an official partner of the event. The tyre group has long been cooperating with the sports car manufacturer in its original equipment. For vehicle models such as the Porsche 911, the Boxster, the Panamera, the Macan and the Cayenne, engineers from Pirelli and Porsche develop individually ultra-high-performance tyres customized to these individual models.

At the PFF annual meeting, Pirelli presented not only Porsche-approved ultra-high-performance tyres for new models, but also classic tyres for vintage cars and youngtimer. To the delight of many owners of older Porsche sports cars, since 2016 Pirelli has been producing tyres for classic cars from Zuffenhausen. Their treads are the same as those of the original tyres of the past and help historic sports cars to provide a coherent appearance that matches visual details. But apart from the retro look, those classic tyres are modern and powerful high-tech tyres. Pirelli uses contemporary design and compound technologies for its production. The carcasses of the reissued Porsche tyres are similar in construction to the latest Pirelli premium tyres.

At the end of a busy day everyone agreed: the visit was paying off. Once again there was a lot of gasoline in the wind.

A British BBQ with the Porsche Club