Model by model, we look at thirty years of history of the Pirelli family of flagship products that car manufacturers prefer for their premium and prestige vehicles

Home road P Zero, the head of an evolving family

The P Zero family is the result of a long history of tyre development, evolving hand in hand with the sports cars they were designed for and adapting to the specific needs of each model. The constant growth of new needs over the years has given rise to the flagship tyre of the Pirelli product range, a product which is to be seen not as one, single tyre, but as a modular system of technological solutions resulting in a wide array of versions specially designed for specific vehicles. Indeed, P Zero was created precisely out of this need for specific tyres, custom designed for each car. 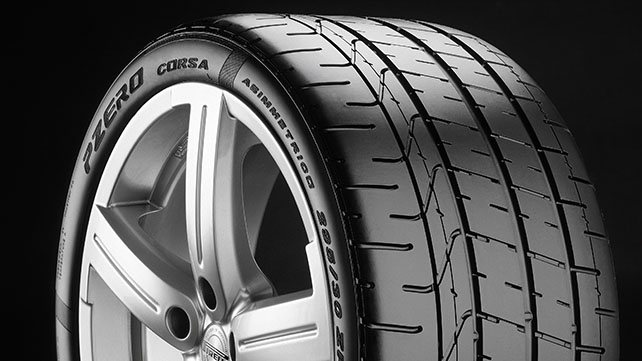 Over a period of thirty years, Pirelli P Zero tyres have been provided as original equipment for over a thousand cars in the premium and prestige segments. The list is long and includes some true legends of the automotive world, names such as: Ferrari F40, 512 Testa Rossa, LaFerrari and F12; all the Lamborghini Murciélago and Aventador models, as well as the timeless Countach; the McLaren MP4-12C and P1; the Pagani Zonda and Huayara; the Aston Martin Vanquish, DB9 and V12 Vantage; the Maserati Quattroporte and Ghibli; and many versions of the Porsche 911, Cayenne and Macan, just to name a few.

Along with the new Pirelli Scorpion Asimmetrico and Cinturato P7, the P Zero is the most advanced tyre family designed by Pirelli so far, and it’s also a testimony of the history of Pirelli’s technology and the care put in all its tyres.
Rather than a timeline, one in which the years and the names alternate and intertwine, we have preferred to focus on the names of this tyre and its varied forms in order to tell the story of an evolving family of products.

P ZERO
In 1986, Pirelli began creating the P Zero concept, and out of the company’s experience in motorsports came a tyre that was destined, the following year, for one of the most extreme of the luxury sports cars of that era, the Ferrari F40. Pirelli pulled off a true revolution in the tyre industry with a series of innovations that made the P Zero for the F40 a landmark product in the history of road tyres, as it marked the first time that a 17-inch tyre was made for a road vehicle, that a tyre’s aspect ratio fell as low as /35, that a production car mounted front and rear tyres of different sizes, and that we reached a “Z” speed rating (i.e. over 240 km/h).
Since the last evolution of 2007, the P Zero has used special compounds for the tread and the bead which ensure both driving comfort and high levels of vehicle performance. The three wide, longitudinal grooves around the tyre give maximum grip in the wet while ensuring a quieter ride, and the asymmetric tread profile enhances the regularity of tyre wear. The tyre’s structure also keeps deformation of the tyre profile to a minimum, even at very high speeds (of up to 370 km/h).
Some of the many cars that use P Zero tyres as original equipment include: the Lamborghini Gallardo, the Ferrari 599, the Maserati Quattroporte, and the Mercedes S-Class.

P ZERO SYSTEM
In 1994, in order to combat aquaplaning, Pirelli created the P Zero System, featuring different tread patterns from the front to the back tyres. At that time, many car manufacturers were creating limited-edition vehicles with even greater power and performance than the versions from which they were derived, and this first variation of the P Zero, derived directly from the world of motorsports, was designed exclusively to be original equipment for these high-performance supercars.
One of the first cars to use the P Zero System was the Ferrari F355.
The next step came in the form of the P Zero Corsa System, the design and development of which began in 2003 through a collaboration between Pirelli and Ferrari for the road version of the Ferrari 360 Challenge, which was also derived directly from ten years of experience on the track for the Ferrari Challenge – Pirelli Trophy championships and from the Ferrari 360 GTs used in the FIA-GT Championship. The P Zero Corsa System comes in two different tread patterns under the System philosophy: an asymmetrical pattern for rear-wheel traction and a directional pattern for greater front-wheel grip in the wet.

P ZERO CORSA ASIMMETRICO 2
In 2010, by way of a partnership with Lamborghini, Pirelli then introduced the new P Zero Corsa System, designed for the Gallardo LP 570-4 Superleggera, thereby adding the P Zero Corsa Asimmetrico 2 to the previous directional version. This asymmetrical version became original equipment for the most powerful supercars, including Lamborghini, McLaren, Ferrari, Pagani, Porsche, Maserati, and Aston Martin.
The special structure of the Corsa Asimmetrico 2 gives the tyre maximum stability at high speeds and in curves, such that it can also be used on the track. The asymmetrical tread pattern slows aquaplaning, just like the semi-slick tyres used in motorsports for wet conditions. With racing in its genetic makeup, this tyre is perfectly suited to this dual use on both the road and the track, ensuring maximum performance and safety in either use case.
In 2015, the P Zero Corsa Asimmetrico was chosen as original equipment for the McLaren 650S, both coupe and spider, and for the Alfa Romeo Giulia Quadrifoglio Verde.

P ZERO ROSSO
The P Zero Rosso line was created in 2000 to meet the more “mundane” needs of other high-performance vehicles, with the goal of reproducing nearly the same performance levels of the System line, but with added comfort.
The product range became more highly specialised over time, including the implementation of different tread patterns between front and rear tyres. For front tyres, the P Zero Rosso added the Asimmetrico designation, while the P Zero Rosso Direzionale was created specifically for rear tyres.
The asymmetrical tread pattern of the front tyres allows for more aggressive driving in dry conditions and keeps drivers safe in the wet, all while ensuring maximum levels of driving comfort. The elegant, sinuous tread pattern of the Direzionale is designed to maximise performance entering curves and ensure maximum grip, particularly in the wet.

A tyre perfect for every customer, P Zero Rosso’s low rolling resistence guarantees an improved duration of the tyre, and therefore less maintenance.

Along with excellent sport characteristics, comparable to the ones of the Pirelli Corsa series, P Zero Rosso tyres are available in an extremely wide range of tyre sizes and width with the asymmetric tread design or the Direzionale.
Supercar levels of performance combined with such a quiet, comfortable ride was made possible through innovations in both structure and the use of special compounds.

Cars designed with P Zero Rosso tyres in mind include both supersports like the Ferrari F430 and F575M Maranello, the Porsche 911 (993, 964 and 996 series), and the Lamborghini Murciélago, as well as the most powerful SUVs, such as the Porsche Cayenne and the Mercedes ML and the most aggressive versions of saloon cars like the BMW M and the Mercedes AMG.

P ZERO NERO GT
In 2012, Pirelli introduced the P Zero Nero for the aftermarket and then updated the range with the new Nero GT series. This GT designation indicates that the tyre has been designed for the aftermarket for high-power sports cars and saloon cars, and the Nero GT is specialised in extending tyre mileage. In order to achieve this, Pirelli has adopted technological innovations in the materials used.
The details moulded on the tread guarantee the best control of the vehicle, while expressing its maximum speed and power.
This tyre is particularly appreciated by car “tuners” for use on their modified cars, boosting their performance with tyres able to transfer maximum power to the road and last over time despite the significant stresses these extremely tuned cars subject them to.

P ZERO TROFEO
In 2010, Pirelli created a specific tyre for people who like to take their cars to the track: the P Zero Trofeo. Unlike many race tyres, the Trofeo is also certified for road use, so it can be used to drive to the track and doesn’t need to be taken off for the race.

It goes without saying that P Zero Trofeo are tyres specifically designed for severe stresses coming from the brakes and suspensions, for competitive aerodynamic load and wheel alignment settings, and for high performances on high speed tracks.

The 2012 evolution of the tyre, named the P Zero Trofeo R, uses new compounds with an entirely new formula and features a redesigned tread pattern. These changes combined to provide a dual benefit: increased stability and, above all, lateral grip in dry conditions; and a significant reduction in tyre wear.

P ZERO FORMULA 1®
All of the slick tyres that Pirelli produces for Formula 1® racing in dry conditions also belong to the P Zero family. The new rules for the 2016 season have resulted in five different compounds for slick tyres, which are easily recognised by the coloured bands on their sidewalls.
After the newest, softest tyre, the Ultrasoft (Purple), comes the Supersoft (Red), which was, until this year, the softest of the slick tyres available to the teams. Both of these tyres feature compounds that ensure maximum mechanical grip and have a low working range so that they reach their optimal temperatures quickly. This makes the tyres ideally suited to slow, twisty tracks and cooler weather conditions, but it also means that they deteriorate more quickly.
The Soft (Yellow) tyre is the one that is most used in races because it provides an optimal balance between performance and durability. The characteristics of the compound but the tyre in the high working range, meaning that it is suited for higher temperatures.
The Medium (White) tyre is similar to the soft tyre, but makes some sacrifices in performance for the sake of greater durability. The tyre also falls into the low working range.
Finally, the Hard (Orange) tyre is perfect for tracks that put the most pressure on tyres, either from abrasive surfaces or fast curves, and is often used when temperatures are high.

THE NEW P ZERO AND P ZERO CORSA
The new P Zero comes in three models designed for three different types of car: one for the supersport category; one for high-performance, premium saloon cars; and, finally, the new P Zero Corsa designed for supercars. The difference between the first two can be seen in their tread patterns, with the supersport version featuring fewer tread blocks to maximize dynamic driving performance and the version for premium saloon cars sporting a more densely cut shoulder to promote driving comfort. The close relationship of these tyres to the ones used in Formula 1® is particularly evident in the new Corsa, which is very similar to slick racing tyre.