One is the most expensive car in the world, the other is the tyre created for it. Exclusively, one for the other

Some legends live on. This is the case of the Ferrari 250 GTO, the most expensive car in the world, the model that asserted the Ferrari legend once and forever. Other icons take a back seat and wait to make a great comeback, like the Pirelli Stelvio, the tyre recreated for this supreme model with the Prancing Horse badge. 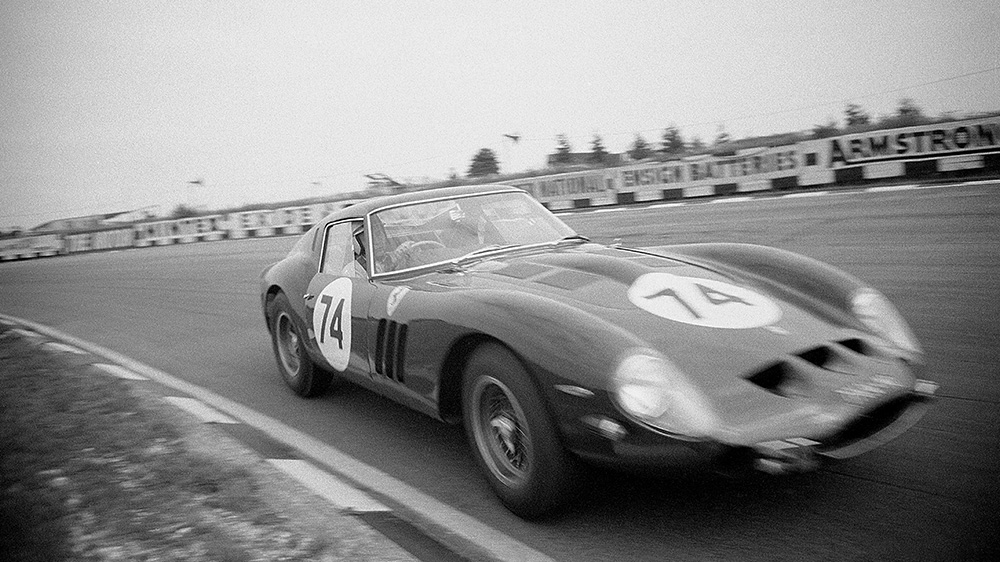 The 1962 GTO is a splendid classic with a body that express alluring Italian style and the V12 – the most noble engine of all – under its stretched bonnet. Some of the most important names of the day are connected to the car in one way or another. Enzo Ferrari, of course, and Giotto Bizzarrini (who also designed a few Lamborghini models, include the first street-legal model of the brand), Mauro Forghieri (who won four F1 world championship titles for Ferrari) and Sergio Scaglietti (suffice it to say that a Ferrari was named after him). The 250 GTO was born to race. Its goal was to compete in the GT championship and beat the Jaguar E-Type. To achieve this, they took the 3-litre V12 derived from the Testa Rossa and the chassis of the 250 SWB, while the body was designed to be functional, not for its looks. It was remarkably fast, even faster than some single-seaters, as the Maranello engineers soon found out when they tested it during the Italian Grand Prix in 1961. It was also gorgeous, with rounded lines that stretched from its long bonnet to form a muscular rear, complemented by an upturned tail that revealed its destiny at a glance. It was in it to win it. And so, what is today the most expensive and sought-after car in the world was created.

The other legend of this story is the Pirelli Stelvio Corsa, which appeared on the scene some 10 years before the 250 GTO. In 1952, Alberto Ascari won the first two seasons of the fledging F1 World Championship. His Ferrari 500 fitted Stelvio Corsa tyres, like the Ferrari 375 Plus that came first in the 24 Hours of Le Mans in 1954. A legendary tyre. So, it is no chance that its name was picked up for the latest addition to the Pirelli Collezione family of tyres created exclusively for the 15-inch rims of the 250 GTO. Exclusively, one for the other. The Pirelli Perfect Fit strategy, which means developing tyres specifically for the cars on which they will be mounted, has outdone itself. The Stelvio Corsa is designed to enhance the dynamic features and the needs of the 250 GTO and is not available for any other car. The looks are those of the day, reflected in the lettering on the sidewall and in the tread pattern resulting from the vintage technical data sheets on file at the archives of Fondazione Pirelli. The science inside, on the other hand, is entirely modern. Without distorting the dynamic properties of the Ferrari 250 GTO, being able to fit tyres with motorsport-derived features means being able to have fun at the wheel and keep safe. Furthermore, the compounds are free from aromatic oils making for more eco-friendly driving. The Stelvio follows the principles implemented by all tyres of the Pirelli Collezione designed to preserve the original appearance of the classic cars they are fitted on while offering more modern technical contents.

Thirty-nine Ferrari 250 GTO were made. And Pirelli Stelvio is dedicated to them, and to them alone.