Here are the most interesting news from the longest running Show in the States. One of the most eagerly awaited is the new Mustang Ecoboost

Among all the major Motor Shows, the New York Auto Show has always been the most glamorous. Perhaps this is because it takes place in the Big Apple, or perhaps because this is where the Wall Street financial community comes together, along with the most creative advertisers on Madison Avenue and the world’s biggest business and lifestyle journalists, or perhaps simply because New Yorkers drive the most tasteful cars, being fans of both sports and luxury cars.

So, this year too, the “city that never sleeps” is ready to start its engines and welcome the very best of the global automotive industry from 19th until 28th April.

The Jacob Javits Center in Manhattan will in fact play host for ten days to more than 50 premieres, at global and North American level; approximately 1,000 models will be on show, and over a million visitors are expected by the organisers by the end of the event.

So let’s take a look together at the stars of the longest running Car Show in the States, many of which are fitted with Pirelli tyres. 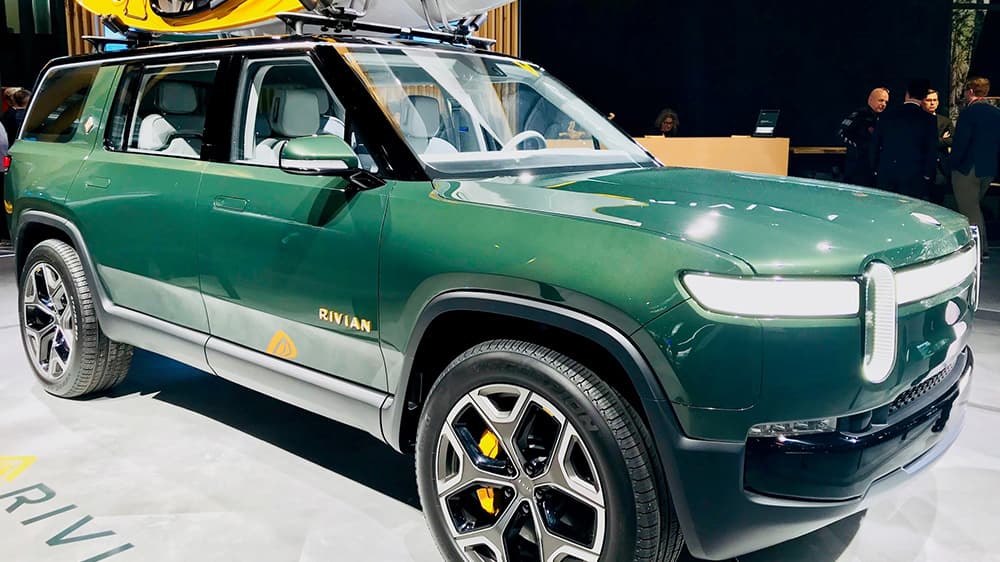 NEW AMERICAN, EUROPEAN, ASIAN CARS... AND OUTSIDERS TOO
Ford, the American automotive industry’s flagship across the world, is displaying its new Mustang Ecoboost 2020 at the NY Auto Show. This version of the Ford, which constitutes the entry-level variant of the Pony Car range from overseas, has been restyled with extra power accompanied by unprecedented details. The new 2.3-litre EcoBoost engine, for instance, features an upgrade with a larger-sized turbo, a bigger radiator and a reprogrammed electronic control unit which, together, raise the power of the four-cylinder 330 HP (+40 HP). The new entry from Ford could only be fitted with type-approved P Zero Corsa tyres by Pirelli.

The 2019 edition of the New York International Auto Show is however almost entirely dedicated to the SUV for Mercedes- Benz and Mercedes-AMG. With five world premieres, the German manufacturer presents the Mercedes-Benz GLS, the GLC Coupé (available with Pirelli Scorpion Verde and Scorpion Verde All Season tyres) and the EQC (the first fully-electric car by the German make, fitted with 20-inch Pirelli tyres) in addition to the updated AMG Performance models GLC SUV and Coupé built in Affalterbach.

Asian manufacturers also have a lot to say at this year’s NYIAS. Amid the most eagerly-awaited news at the New York show, for instance, is the Hyundai Venue, the smallest crossover by the Korean manufacturer. The spotlight will also be shining on the Hyundai Sonata: the new saloon, on sale in the USA from autumn, is the first car made by the Korean manufacturer designed to accommodate the Digital Key, an app that allows you to unlock the car doors and start the engine from your smartphone. The Hyundai Sonata is also fitted with original equipment Pirelli tyres.

Yet the stage of the New York Auto Show is reserved not only for the most famous makes from across the world. Indeed, there are plenty of independent car manufacturers who use the US show as an international platform to launch cars with a futuristic appearance, capable of combining new ideas, technological innovation and attractive designs.

One of these is without a doubt Rivian. The company is dedicated to manufacturing electric cars, and was founded in Michigan in 2009; you will definitely hear a lot about them in the coming months. And guess what, some of their cars on display at the New York Auto Show are fitted with P Zero Scorpion Verde All Season tyres.

The list of news at the NYIAS obviously doesn’t end here. For those of you who are lucky enough to be in New York between 19th and 28th April, we urge you to pop in between 34th and 11th, and see the very best the world car industry has to offer for yourselves.