Passion seems to be everyone’s favorite buzz word these days and it’s applied to all sorts of activities and industries - perhaps with too much nonchalance.

This is not the case with Detroit Autorama.

The automotive industry is teeming with dedicated and passionate individuals, but there is nothing like the connection between an owner and their personal car – particularly when said owner has poured weeks, months, and often, years, into crafting a vehicle to embody their unique creative vision.

Customs and Hot Rods represent the pinnacle of bespoke automotive excellence - and a real labor of love. Autorama is where all of the creative energy meets up for camaraderie and competition in equal measure, creating a unique proving ground for master of the craft. The show began in 1964 and has grown to be known as “America’s Greatest Hot Rod Show”.  Builders travel from all over the country to the Motor City to show off their projects, share the stories of their build, and take notes on the latest trends to carry back to their own workshops.  The top prize is the coveted Ridler award, named after the show’s original promoter, Don Ridler, and it is given to the car winning best in show. 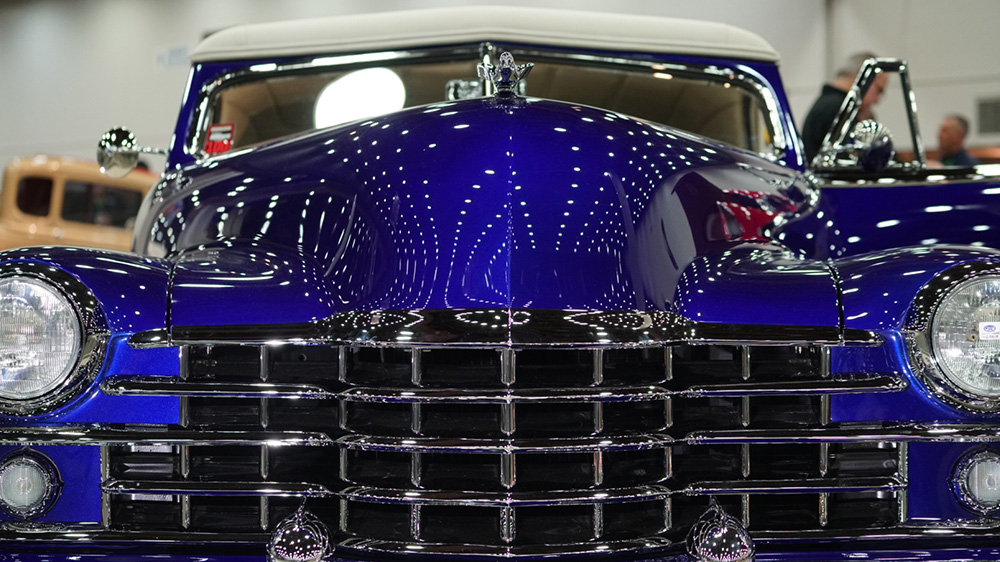 While the Ridler award is the greatest honor, the show’s famous short list – the Pirelli Great 8, has become a mark of distinction itself, garnering attention from both international and local press at the Ridler’s Ball, where industry influencers, corporate heads and lovers of all things automotive gather together to celebrate the art of Hot Rods and custom cars. The Great 8, developed together with Pirelli and Autorama officials, gives special recognition to the best of the best – and underlines Pirelli’s appreciation for creativity and craftsmanship in automotive.
The world of Hot Rods and customs carves out a very special and distinctive niche in the American automotive landscape.  No other aspect of the industry is so hands-on, detail-oriented and passion driven.  The trend most likely started in California sometime in the 1930s, picking up in popularity as drivers found a “need for speed”.  Car geek lore says that this was something necessitated by the prohibition era, during which the underground trade and production of alcohol in the US made super-fast cars obligatory for those trying to outrun the law.

Prohibition came and went, but the practice of modifying cars continued and expanded.  Traditionally, older US marques were the top choice for modification – and for most, this is still the standard.  As with cars designed for racing, removing excess weight, changing engines and improving aerodynamics were, and are, standard practice.  As builders got more deeply involved in their projects the attention to cosmetic detail grew and came to include stand-out color choices, graphics, and even the practice of giving projects a catchy name.

These vehicles moved far from the utilitarian and became alter-egos of their owners – expressing their aesthetic irrespective of the intent of the manufacturer and taking the artistic journey full circle: from drawing board, to assembly line and back to drawing board again.

Detroit, of course, is the obvious location for such a gathering. As the original home of the “big 3” – Ford, GM and Chrysler, so its roots in the industry run especially deep.  How apropos that the automobiles most closely linked with the American automotive tradition should return to the city of their conception to celebrate their masterful reincarnation?

Pirelli, while established as the worldwide leader for prestigious original equipment fitments, is, at its core, supremely linked with the creative process – whether it be in service of the manufacturer or the owner.  What better expression of the creative lifecycle than the custom car?  Now, with the advent of its color edition tires, the Pirelli has found a way to marry the two in perfect harmony – maintaining an exacting attention to manufacturer dictated performance, while giving owners the chance to use color as a medium for further personalization of their vehicle.  Additionally, thanks to a wide portfolio of original equipment partners, Pirelli offers a diverse range of staggered fitment options, which provides the flexibility that builders need to achieve their signature look.
A marriage between technical and aesthetic – smart and beautiful, this is the Pirelli way forward for the future, and our newest connection to offer to passionate like-minded builders who dream of crafting their next dream car.