Milan and its exclusive boutiques, Milan and its gorgeous Renaissance Revival buildings, Milan and its nightlife; discover the beauties of Italy’s fashion Capital with our itineraries and feel the energy of this lively expression of Italian cosmopolitanism. But, how to move your family or your group of friends easily in this metropolis, free from traffic and the always annoying search for parking. 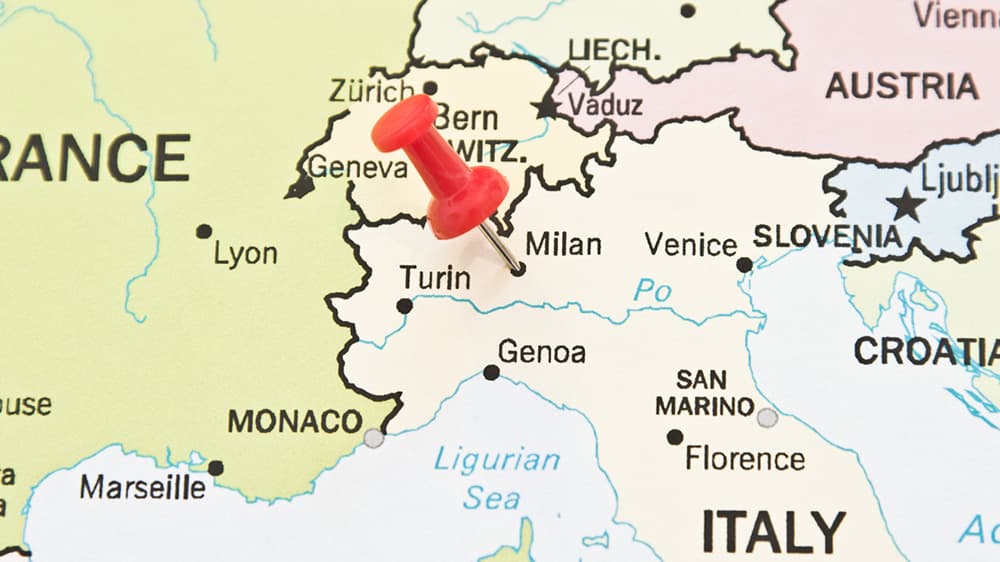 Pirelli has provided the city of a new service of e-bike rental: Cycle-e Around. Our electric bike will give you the opportunity of having your bike tour around Milan in the most relaxing, sustainable and effortless way, thanks to the pedal assistance and its many hours of ride time.

Now we’re ready to start our new riding experience, get on your e-bike and follow our guide of the beauties of Milan.

Let’s start our trip from the very center of Milan’s XVIII century culture: Piazza della Scala. In this square it’s easy to recognize the Scala Theater, one of the most iconic benchmarks of Italian opera. On the inside of the majestic Neo-Classical façade of the main building, resides the famous teatro all’Italiana theater-hall, a horseshoe hall with 2,030 seats, and the stage that saw the premiere of Puccini, Verdi, Paganini, Rossini, Doninzetti and many more. In the same square you will find the Casino Ricordi, the building that houses the Museo Teatrale della Scala and its exhibition of items related to the history of the opera, and the beautiful XVIII century Palazzo Marino, the headquarters of Milan political administration.

Within walking distance, you will reach the Galleria Vittorio Emanuele II; the galleria was built in the XIX century and since its construction it has been firmly on the map as the hangout of Milanese high society. Enjoy the luxurious architecture of the galleria, housing a variety of exclusive shops and fashionable boutiques you might want to visit.

Let’s now ride in the direction of the most popular benchmark of the city: Milan’s Cathedral. Built in XV century in the late-Gothic style, the majestic architecture of the Cathedral astonishes anyone stepping for the first time in Piazza del Duomo. On the top, higher than the typical gothic spires, tower the Madonnina, the 4 meters high gold statue of the Assumption of Mary beseeching the benevolence of God for the city of Milan.

Our second route starts from the area of Brera, in the northern part of the historic center, to visit the famous Pinacoteca di Brera. The gallery, with its impressive 24,000 m², houses the largest exhibition of local artworks from the Regions of Veneto and Lombardia. Among the word-famous paintings you will find in the Pinacoteca, allow yourself to see with your eyes Mantegna’s unique mastery of perspective in The Lamentation over the Dead Christ.

Let’s now head westward to reach the green lung of Milan, the amazing Parco Sempione and its treasures. The bike is the best way to discover one of the largest green areas of Milan with its 386,000 m². Parco Sempione offers shade and peacefulness, especially during summer. Getting into the park, the treetops will unravel the majestic silhouette of the Fortress residing inside Parco Sempione; the Sforza Castle. This impressive XV century fortress was built by the Duke Francesco Sforza to be the Duke’s residence. When in 1494 Ludovico il Moro took his place, made of the former fortress the most elegant and luxurious among the European courts.

Moving on, we head to the Palazzo dell’Arte, location of the Triennale di Milano. Triennale is an international cultural institution established in 1923, creating events related to art, design, architecture, fashion, cinema and communication. The institution grants the prestigious Medaglia d’Oro award for outstanding architectural achievements, and manages the Triennale Design Museum, the first Italian museum to be entirely dedicated to the design.

Finally, this last bike tour starts from the Basilica di Santa Maria delle Grazie. This basilica is characterized by an interesting juxtaposition of Renaissance and Gothic style, and houses a tribune carried out by the famous architect and painter Bramante. But the hidden treasure of the Basilica, enshrined in the refectory, is The Last Supper by Leonardo da Vinci, the XV century world-famous mural painting. The spectacular fresco, unfortunately, is incompatible with the high levels of humidity of the refectory, and the preservation of the artwork requires constant maintenance.
Now, let’s take back our e-bike for a short detour south-east to reach the Basilica di San Lorenzo. It’s a sort of travel back in time; the beautiful Paleochristian church still exhibits the original columns and the pantheon-like dome, while the rest of the building displays the modifications the Basilica underwent in the later years, lending it it’s actual Mannerist shape.

The last of our destinations will be the historic Biblioteca Ambrosiana and its remarkable collection of writings from all over the world. Established in 1609 by the Cardinal Federico Borromeo, the tradition tells that the Cardinal, while residing in Rome, dreamed of a library in his Milan open to catholic scholars as an answer to the Protestant schism. The Cardinal’s researches led to the acquisition of more than 35,000 books and writings from Syria, China and Japan, Arabia and Russia. Among the most precious items, the library boasts the love letters between Lucrezio Borgia and Pietro Bembo, the vulgar language version of Virgil Aeneid translated by Petrarca, the famous Codex Atlanticus by the great Leonardo da Vinci and the Ilias Picta, one of the most ancient versions of the Iliad dating back to the late V or VI b.C.

The best bike tour in Milan