Luft 6: lights, camera, action – on a film set with a passion for Porsches

What if – to travel back through time – ‘Back to the Future’ stars Marty and Doc had used an air-cooled Porsche rather than their legendary DeLorean? They would probably have stood a much better chance of reaching their destination on time…

Home road Luft 6: lights, camera, action – on a film set with a passion for Porsches

Luft 6: lights, camera, action – on a film set with a passion for Porsches

Maybe it’s time for a remake then. Last weekend, Universal Studios in Los Angeles – where ‘Back to the Future’ was filmed – was invaded by hundreds of Porsches for the sixth edition of Luftgekühlt: the event that was created by race driver Patrick Long and designer Howie Idelson to celebrate their passion for air-cooled Porches. In German, Luftgekühlt simply means ‘air-cooled’. But to committed Porsche fans, it signifies a lot more than that; evoking memories and emotions of Porsches that are no longer produced – from the pre-A range of 356 models to the 993 that was finally pensioned off in 1998.

In 1997, with the launch of the 996 series 911, a new chapter of water-cooled Porsches was opened. But for the thousands of fans who flock to the Luft gathering every year, Porsche’s history effectively stops in 1998. Having just run for the sixth time, the show has gone from strength to strength every year. Just take a look at some of the locations it has visited. 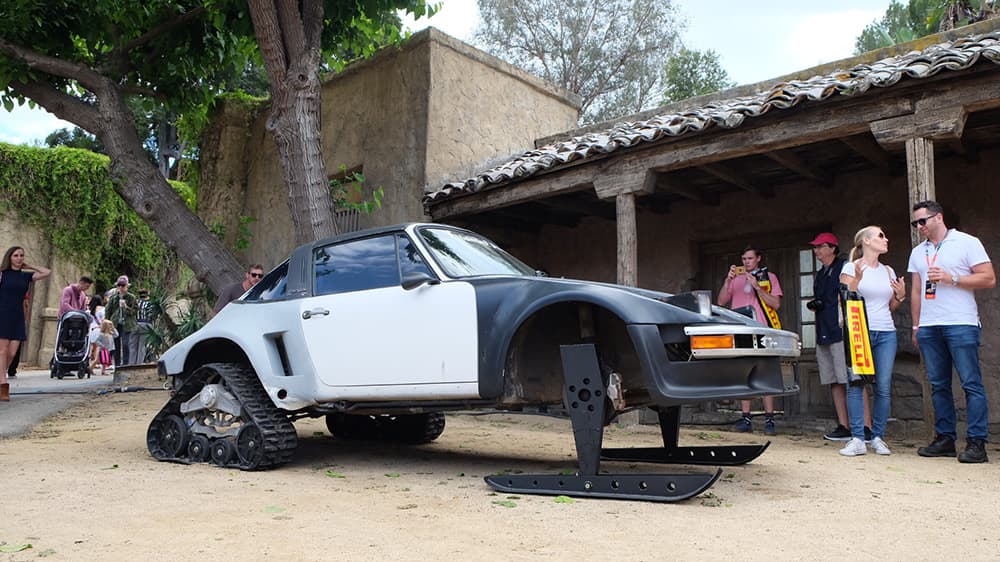 First off was the Deus Emporium near Venice beach, a reasonably modest start. The following year, there was enough interest to move to the HQ of media company Bandito Bros. It grew exponentially, via increasingly bigger venues in Los Angeles, until celebrating its fifth birthday last year in the 18 acres of the oldest timber yard in California.

This year’s Luftgekühlt beat everything that had come before it in terms of imagination and space. The backdrop was none other than the Blacklot at Universal Studios, in the ‘streets’ and ‘neighbourhoods’ where masterpieces such as ‘Psycho’ and ‘Back to the Future’ were created, as well as successful TV series such as ‘Desperate Housewives.’

This time, the stars of the show were the Porsches. Notably, stunning examples of the 550 Spyder, 356 Speedster (both cabrio and coupé) as well as the iconic 911 in all its incarnations such as the T, S, E, targa and coupé. Then there were the specialised ST models from the 1970s, the G series cars, the original ‘widowmaker’ 930 turbo, and the 964 that preceded the final air-cooled 993. Not to mention some of the most famous racing cars in the world like the 935, 908 and 917. Rounding off the story was of course the 993, in normally-aspirated and turbo guise.

At the forefront once more was Pirelli. Not just on many of the cars themselves – principally thanks to the Collezione vintage range – but also as an event partner, with several items on display courtesy of the famous Pirelli Fondazione. Lights, camera and action.

Now all we need is that Oscar.