In the capital of design, even the car also has its own Atelier

The all-Milanese history of Zagato, which has been making collectible cars since 1919. A path of innovation and style historically linked to Pirelli

Home road In the capital of design, even the car also has its own Atelier

In the capital of design, even the car also has its own Atelier

If the Milan Furniture Fair is the celebration of the thousand talents of applied creativity that appear, grow or develop in Milan, the car world takes a leading place in this design festival. This is because Milan is the city of movement. And movement, space, light and sound are all elements linked to a historic brand that keeps alive the testimony of the ancient Milanese school, renewing it with passion and ingenuity. Zagato is a "car tailor" and producer of collectors’ items in limited series since 1919, embracing the most modern technologies. As explained by current CEO Andrea Zagato, a member of the third generation at the helm of the family business, “It is an instrument, a lever to achieve the uniqueness and exclusivity demanded by the high-end market, but that however, cannot always be met due to standardisation.” That is why Pirelli has been a constant over the century of Zagato’s existence. Both firms share the same philosophy in a relationship of continuity and innovation that fits into the fabric of the city, enriching it. Zagato's cars bear the distinguishing marks of tapered lines, rounded corners and sinuous curves, just as the Long P tyres have become an icon of technology, taste and Italian excellence. 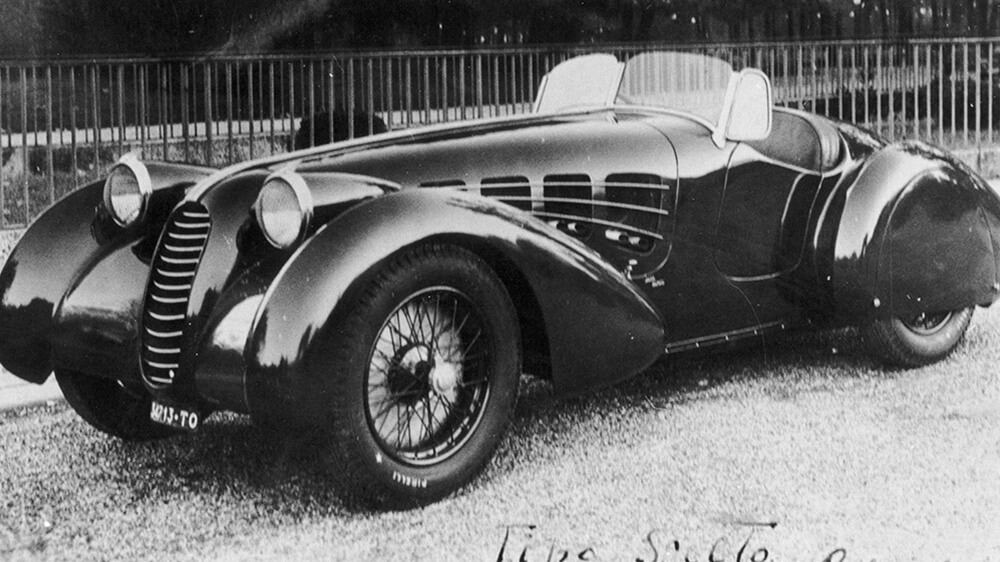 The lines of a car, in all its components, from the steering wheel to the tyres, can arouse feelings that transcend the technical parameters by which a vehicle is judged. It is pure design in motion. And in fact, entering the Zagato Atelier we discover an artisan's workshop 4.0. This is where the historical experience of a workshop is combined with the most modern development and design technologies. Zagato takes care of the entire production cycle of every product, from the initial idea to the final item. A tailor-made product made by a highly flexible structure that can provide high quality specific services all targeted at customer satisfaction. Flexibility and confidentiality are the two guiding lights for this bastion of excellence run by Andrea Zagato, the grandson of founder Ugo. Andrea compares Zagato's customer-oriented approach to that of Enzo Ferrari, who was known to deliver cars personally to customers.

It was Ugo Zagato who traced the path that the company has been following for almost a century, moving between technique and poetry, ingenuity and dream. It is no coincidence that Ugo started his business in Milan in 1919 after four years at the Pomilio aeronautical workshops. Milan is one of the capitals of bodywork, boasting the first and most famous coachbuilders in history. The coach, mother of all cars, was invented in Milan at the end of the 1500s and, with the invention of the internal combustion engine at the end of the 19th century, the Milan-based carrozzeria channelled all its experience into the new vehicles. In this historically fertile terrain, Ugo Zagato's genius was to transfer the philosophy and sophisticated technology of the aeronautical sector to that of the car. At the time, cars were still heavy and bulky. Zagato was the first to imagine them light, aerodynamic and at the same time robust, thanks to their shells, made of aluminium like aircraft fuselages. This revolution was not only technical, but also formal. It is functionalism applied to the car, the result of Milanese ingenuity. Thus, a small company rapidly gained national and international fame, and was sought after by all car manufacturers, first and foremost Alfa Romeo, who decided to entrust the Milanese coachbuilder with the design of the iconic 6C and 8C of the 1930s.

It is no coincidence that the association with Pirelli started from the very onset of Zagato and now it is almost 100 years old, a liaison whose foundations lie in the Milanese industrial tradition. Already in the 1930s, the Alfa Romeos by Zagato sported Pirelli tyres. Then the Zagato Gran Turismo of the 1950s and the Fuoriserie of the 1960s, down through the Alfa S.Z. of 1990 and the Bentley GTZ of 2008, to the recent Vanquish Zagato Family cars equipped with the P Zero model. A long journey inspired by Italian design, in which Pirelli has provided to the Zagato Atelier innovative products and inspirations for increasingly bold creations. Everything revolves around design, everything revolves around Milan, the real engine of Italian innovation.

The top 10 most expensive cars in the world. Ever