It’s incredible to think that Ferrari has now been around for 70 years. And for most of them, Pirelli has been there too

Anything you can do, I can do better
It’s perhaps surprising to think that the founder of the world’s most famous car marque started off as simply an employee of Alfa Romeo. But that was exactly how Enzo Ferrari began his epic story in the automotive world, before concluding that he could do a better job himself.

And so, Scuderia Ferrari was born, first as a racing team and then a car constructor: making its debut in 1947. Enzo Ferrari was a driver himself before retiring early to concentrate on management, so motorsport was at the root of his ambitions.

It took less than a year for his self-built cars from Maranello to start winning. The very first victory for Ferrari came at the 1947 Grand Prix of Rome with its first car: the 125S driven by Franco Cortese. In an astonishing debut year, the new Ferrari won six out of the 14 races that it entered. A legend was on its way to being created.

This year, Ferrari celebrates its 70th birthday with a series of displays, shows and events all over the world. In that time, the company has won over 5,000 competitions throughout all four corners of the planet, becoming the most successful constructor in Formula 1 history as well as the ultimate automotive status symbol. For much of it, Pirelli has been there too.

A marriage made in heaven. Or rather, Maranello.
Of course, the story between Ferrari and Pirelli dates back just as long: the Italian tyre firm first won the Formula 1 World Championship with Ferrari back in 1952, with Alberto Ascari crushing the opposition by winning all six of the races in which he took part with a Ferrari Tipo 500. That shared motorsport history, which still continues now, extended beyond Formula 1 and included victories in endurance events such as Le Mans in 1954: courtesy of Jean Behra and Maurice Trintignant in a Ferrari 375 MM Plus.

It was natural that Pirelli and Ferrari should continue the relationship into road cars as well, with several classic models wearing Pirelli tyres over the years. The game-changer came in 1986, with the launch of the P Zero tyre: a genuinely pioneering product that went onto to redefine ultra high performance tyres all over the world. Using lessons learned from motorsport, the P Zero was a high performance low profile tyre that pioneered a whole family of tyres from track to road, setting new standards. At the time, the F40 was the fastest Ferrari built: a genuine race car for the road. More than 30 years later, Ferrari’s quickest road cars still rely on P Zero rubber. 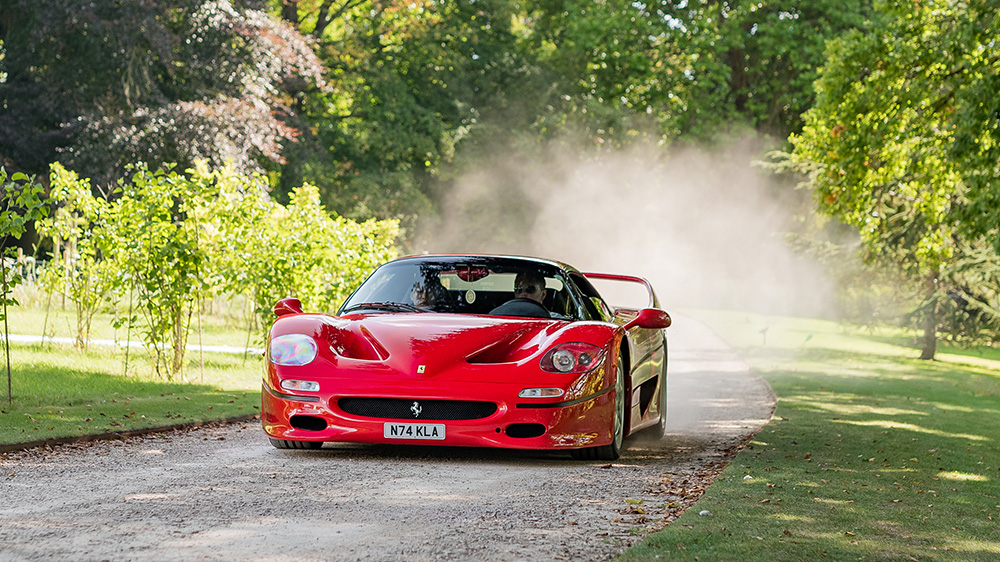 Rising to the Challenge
As well as the exalted heights of Formula 1, the Ferrari Challenge has been a constant presence in the sporting relationship between Ferrari and Pirelli.This famous one-make series now features several worldwide editions in every continent, having showcased a variety of Ferrari models in the past. As such, it’s been a valuable marketing exercise as well as a thrilling show. There are three categories within each championship, ensuring that drivers at every level of all nationalities can enjoy close competition.

This year, the Ferrari Challenge celebrated 25 years of existence, making 2017 a truly significant milestone for the Maranello constructor. The series originally started with the 348 Challenge, before moving onto the F355 and then F360 Challenge. That was followed by the F430, and then the F458 Challenge that raced up right until recently. The latest incarnation of Ferrari Challenge race car is the new F488: launched last year by current Ferrari F1 drivers Sebastian Vettel and Kimi Raikkonen at Daytona.

The current Ferrari Challenge car will form part of Ferrari’s 70th birthday celebrations, along with the new Ferrari Portofino road car: the recently launched replacement for the California T, which features a 3.9-litre twin-turbo V8 – as well as Pirelli P Zero tyres.