The story of a partnership at high speed: from the first 350GT to the Miura, from the Countach to the Gallardo, always sported by Pirelli

The collaboration between Lamborghini and Pirelli dates back to 1963, the year in which Ferruccio Lamborghini turned to Pirelli to supply the tyres for the first car of his newly established automotive company: the 350 GTV, presented as a prototype at the Turin Motor Show the same year.  That was the beginning of one of the most fruitful partnerships in the automotive world that has marked some of the most important technological and cultural milestones in the history of the automotive sector.

The partnership, born in the pioneering era made by men such as Ferruccio Lamborghini and Leopoldo Pirelli, still preserves today the legacy of the two companies’ founders, who shared the same passion for cars and challenges and who were able to picture and build a successful, high-speed future.

Although the House of the Raging Bull was founded in 1963, it was the year 1966 that marked the definitive confirmation of the Lamborghini brand, with the introduction of the legendary Miura. Entering the Pirelli catalogue of 1967 – along with the Lamborghini 350 GT and 400 GT - the latest addition to the Sant'Agata Bolognese family was equipped with a new generation of Cinturato HS tyres: the CN72, in the 205 VR 15 size. From the traditional tread pattern of the classic Cinturato CA67, the new tyre brought a quieter and more comfortable design and was adopted as original equipment for all the following Lamborghini models, including the Espada, which appeared in 1968. A few years later, when Lamborghini requested for the Miura a lower profile "Series 70", i.e. a tyre with a much lower sidewall with respect to the width of the tread, designed to considerably improve cornering, Pirelli introduced in its tyre range the new Cinturato CN73 size 225/70 VR 15. This paved the way for the "low profile" tyre that led to the Pirelli P7, chosen in 1971 as original equipment for the Lamborghini’s new super sports car, the Countach, which dominated the entire decade of the '70s.

In 1988 once again it was Lamborghini who christened on the road another new product of the Pirelli family: the Countach "Anniversary" version – launched to celebrate the company’s 25th anniversary – was one of the first supercars to be equipped with the new Pirelli P Zero tyres.

But the partnership between Pirelli and Lamborghini has not been limited to technological aspects alone: Pirelli advertisements have often featured the supercars of the House of the Raging Bull. The Lamborghini Countach Anniversary, for example, was used in a series of Pirelli advertising campaigns aimed at the American and Southeast Asian markets, just like the Miura had starred in a campaign in 1970 for high-prestige original equipment with the eloquent title: "The Miura chose Pirelli Cinturato". 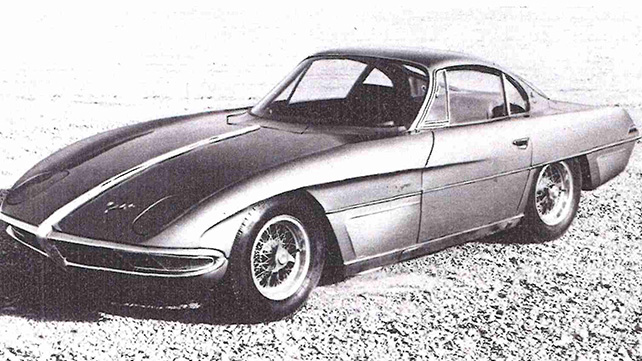 Meanwhile, between 1986 and 1988 Lamborghini produced the super-off-road vehicle LM002. For this precursor to modern luxury SUVs, Pirelli specially designed the Scorpion tyre range, with innovative features such as the use of Kevlar in the carcass structure and run-flat construction. The LM002 participated in the 1988 Paris-Dakar Rally, marking the beginning of the Lamborghini/Pirelli duo in racing. The sporting collaboration between the two houses is still going strong and Pirelli is the exclusive supplier of the one make series Lamborghini Blancpain Super Trofeo.

1990 marked the arrival of the Lamborghini Diablo, built in 3000 units, all equipped with Pirelli P Zero tyres, while the early 2000s were dominated by the Murciélago (2002) and the Gallardo (2003), both fitted with P Zero Rosso tyres. In 2007, the Lamborghini Gallardo starred in the Pirelli film "Mission Zero" with Uma Thurman, and the same model launched Pirelli's Winter Sottozero II tyre on the snows of Zermatt in 2008.

In perusing this intense album of memories, the images of today could not be left out, which continue to show Pirelli technology and safety side by side with the supercars of the House of the Raging Bull: the Aventador LP 700-4 Pirelli Edition, a special series that was created by the House of the Raging Bull to celebrate the over 50 years of historical collaboration with Pirelli. Who knows whether back in 1963 Ferruccio and Leopoldo had pushes the limits of their imagination to this extend.

Tyres in
every colour