Goodwood circuit in the United Kingdom recently hosted a very special day out with McLaren. For ladies only…

McLaren recently chose to host one of its most significant media events at the Goodwood Circuit in the United Kingdom; a track steeped in Formula 1 history that hosts the famed Revival Meeting each year. The Revival has often been described as motorsport’s answer to Ladies’ Day in Ascot – but instead McLaren decided to come up with a ladies’ day for cars. 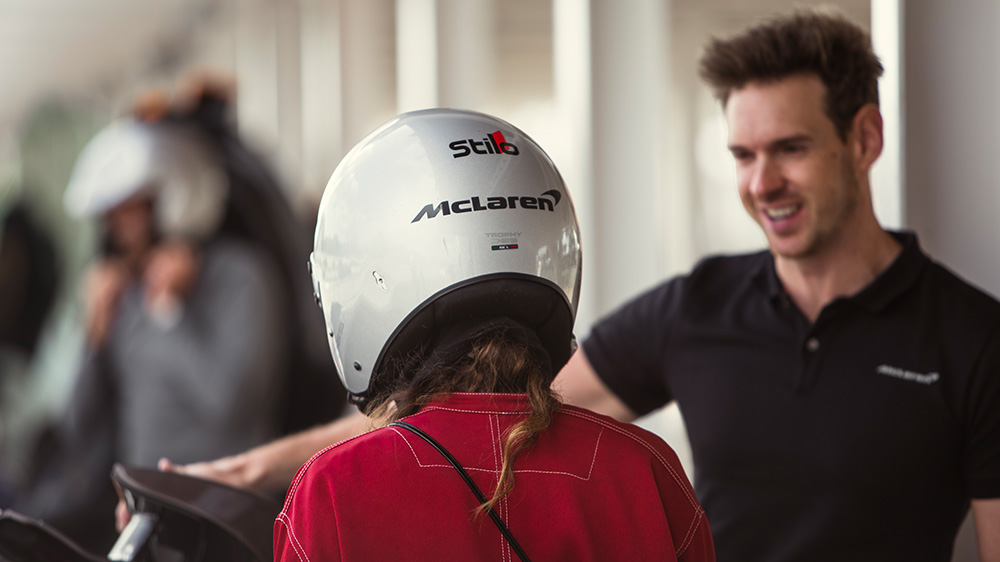 It was an opportunity for women’s lifestyle media to drive some of the brand’s latest creations, devoid of the testosterone-fuelled bravado that often accompanies car launches that are mostly populated by men. It was also a chance for media that don’t normally publish automotive stories to see what all the fuss was about.

Ladies on track
This was a pilot scheme for McLaren, but it’s likely to be rolled out more often and at different locations next year, with Pirelli as partner. The idea is to provide an educational yet relaxed environment for women to try out these supercars, complete with instructors and tuition in order to enable them to get the most out of themselves and the cars.
The cars on offer included the 720S: powered by a 4.0-litre twin-turbo V8 that puts out around 711 horsepower and is faster than a Ferrari 488 GTB. This new McLaren takes aerodynamics to the extreme, which can only really be appreciated on a fast and flowing track like Goodwood, as the 720S produces around 30% more downforce than its predecessor. But it can still be driven in sport, track or comfort modes, thanks to the on-board electronics.
The guests also got to sample the 570S Spider: McLaren’s new ‘entry-level’ model (although the term is very relative). This uses a 3.8-litre twin-turbo V8 that makes 562 horsepower and is well-known for its driveability, making it an epic grand tourer as well as a supercar. The best way to describe the 570S is as a sports car that you can use every day.

Glorious Goodwood
For the lucky guests, who were personally shown round the cars by some of McLaren’s female senior managers, it was a day that opened up new horizons and shattered the myth that supercars are somehow a male-only domain. Goodwood is one of the most challenging tracks in Britain (an accident there in 1962 effectively ended Sir Stirling Moss’s Formula 1 career) yet the media guests were able to take the McLarens close to their limits under perfectly safe circumstances.
So, the experiment succeeded: opening up the McLaren brand to media channels beyond the usual suspects. The guests were able to spend a whole day in the company of McLaren, departing from the company’s prestigious London showroom on Park Lane and sampling the cars on the road as well as the track, stopping of course for a decent lunch en route.
As well as McLaren, the media guests also got to learn about Pirelli. The Italian tyre company designs tyres that are specifically created to suit all the different individual models that McLaren makes: part of the ‘perfect fit’ strategy. This helps to give each McLaren its unique character – which certainly isn’t gender-specific.