The history and secrets of the man who 70 years ago made "tuning" his watchword. He made his name in the automotive world by bringing a simple yet extraordinary concept, that is to turn city cars into sports cars and to turn regular drivers into racing drivers, into fruition

Competition in his blood, brilliant intuition and inexhaustible passion for engineering. Karl Abarth was already a familiar name in European motorsports when in 1949 he decided to build a car that would be named after himself. From childhood scooter races to world championship won in his tuned-up cars, Abarth never ceased to do what he knew best. He had one brilliant idea after another and turned them into reality. So, when he was forced to give up motorcycle and side-car racing following two incidents, he demonstrated to have what it took to become an entrepreneur, in addition to driver and engineer. With Abarth & C., the eclectic Karl, who had Italianised his name to Carlo, was able to develop his passion for cars and put his flair for mechanics to good use for ever to come. He started by acquiring cars from Cisitalia, the racing team that had failed earlier that year, and started a tradition of speed that continues to this day. 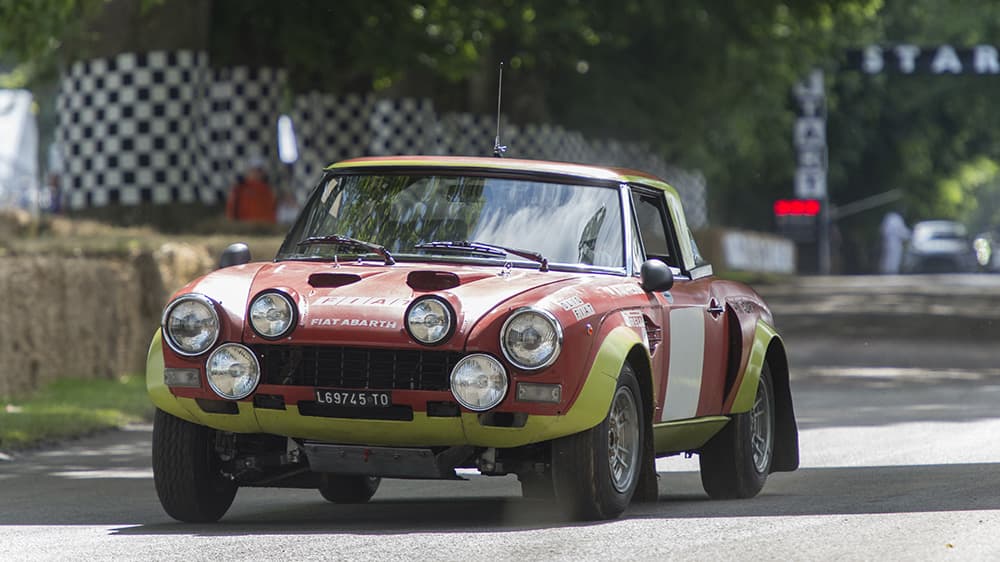 Abarth's intuition was to stand out from other teams by inventing a specialisation of its own. Tuning kits would be his mark, that special something that would make Abarth cars unique and recognisable. The first Abarth exhaust was a tuning kit for the Fiat Topolino. It gave an unprecedented rumble into the car, in addition to increasing its power. This was the direction chosen by Abarth to create its own brand identity, that is to take a Fiat, a Lancia or an Alfa Romeo and turn it from small and tame into small and feisty. Make it, in short, to turn it into an Abarth "scorpion".

Boldness and speed could not but become a success story in racing and one which would continue even after the tune-up genius' death. Seventy years ago, Karl Abarth followed the same principles adopted by Pirelli in 1907. From races to roads, that is the ability to tie the two worlds transferring the technologies, skills and passion of one to the other. The first car derived from standard Fiat was the 750 GT in 1955, which amazed for its many sporting triumphs at the Mille Miglia and on the Monza race track. It is in the Seventies that Abarth cars left their most significant mark in the collective imaginary of motorsports. After having been acquired in 1971, Abarth prepared Fiat rally cars, which were fitted out with Pirelli tyres, leading them to victory in the most important category competitions. The Fiat 124 Abarth Rally, introduced in 1972 at the Turin Motor Show, was the protagonist of rally racing until 1975, collecting four second places on world level and winning the gold medal in various Italian and European competitions. Again at the beginning of the Seventies, the Fiat X1/9 Abarth Rally was noticed for its handling. Its racing history was short but it still garnered some important wins. The Fiat 131 Abarth Rally was introduced in 1975 and came into its own in 1977 dominating the scene until 1982 and winning two Driver's world championships and three Constructors' titles. With the ambitious aim of replacing the Fiat 131 came the Lancia 037, which was the last two-wheel-drive to win a world championship. The collaboration between Lancia and Abarth continued with the legendary Delta S4. In the meantime, another legend of speed was taking shape on the rims of the relentless Delta. This car was the first be kitted out with what over time would become the P Zero. But that is a different story.