In an exclusive interview, Kristian Ghedina tells us how he feels about being a Winter Champion: "Winter? It's my life"

Kristian Ghedina was born and raised in the heart of the Dolomites in Cortina d'Ampezzo, a famous ski resort and venue for the 1956 Winter Olympic Games. He was the most successful Italian downhill skier in the history of the Alpine Skiing World Cup. 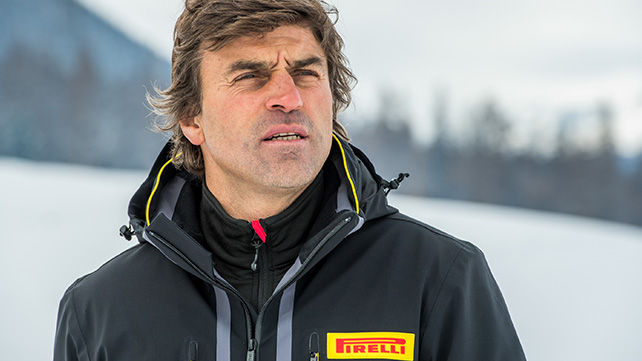 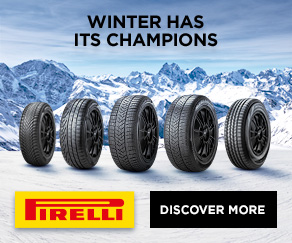 We met him just after he completed his experience riding a Ducati New Scrambler Desert Sled, fitted with studded wheels Pirelli Scorpion Rally STR , on the snow of St. Moritz.

1)Kristian, what does winter mean to you?
"Winter is my life. I was born in Cortina and have been doing winter sports since I was a kid; I started playing hockey but, after having to go back home on foot from training, walking for a kilometre and a half with all the equipment in the snow, I decided to take up skiing instead.

2)How did you get interested in bikes and cars? We know that it has something to do with Alex Zanardi...
"I've always had a passion for anything which involves adrenaline and excitement, and I've always had a dreamt of doing something with bikes and cars. When I used to get back from the ski club, I would spend a lot of time in the garage working on my little motor: I had a three-wheeler which was faster than a Jeep. Alex gave me hand because I wanted to get into racing. I started competing in Grand Touring and then in Formula 3000: I did a test, it went well and I was able to compete in five races in the championship."

3) What was it like riding a bike on snow?
"It's amazing to think that you can ride a motorbike on snow, a lot of people would think it's impossible. Pirelli developed some tyres (Pirelli SCORPION™ RALLY STR) which meant I could go and have fun with good performance and a high level of safety."

4) Is it harder to control skis or a motorbike?
"I would say that the most important thing to know is that control begins in the mind: you should never go beyond your limits, in either case. Another essential factor is experience: you need to know how to manage your strength, understand when you're tired and when not to overdo it."

5) What are the most important characteristics of a Winter Champion?
"Above all, knowledge and experience in evaluating winter conditions: not all snow is the same, there are different types which have to be dealt with in different ways. And you need to have the right equipment for every situation."

Martina Valmassoi: a winter queen on the snow of St.Moritz

Antoine Truchet: when photography is a winter adventure