As well as being a homage to an icon of Ferrari history like the F40, the F8 Tributo inherits beneath its bonnet all the prizes won by its exceptional V8

In 2016, 2017, 2018 and 2019: for four consecutive years, the Ferrari V8 engine has been the winner of the International Engine & Powertrain of the year. The new engines which have since arrived on the market have failed to put a dent in a reputation which has been secured on the roads and racetracks of the entire world. It is for this reason that the Ferrari F8 Tributo has been conceived, in order to celebrate this remarkable central/rear-mounted mechanical masterpiece which has won recognition as being the best engine of the past 20 years.

Thanks to the 720 HP of its V8, the F8 Tributo is also the most powerful-ever Ferrari not belonging to a special series. A collection of prize-winners and prizes, then, serve as a background to the fascination of this coupé which replaces the 488 GTB, compared to which it has gained 50 HP and +10% in aerodynamic efficiency whilst also losing 40 kg in weight. The exploitation of the power of the engine has been made possible thanks also to the integration of advanced aerodynamic solutions, derived directly from the experience built up during race competitions. 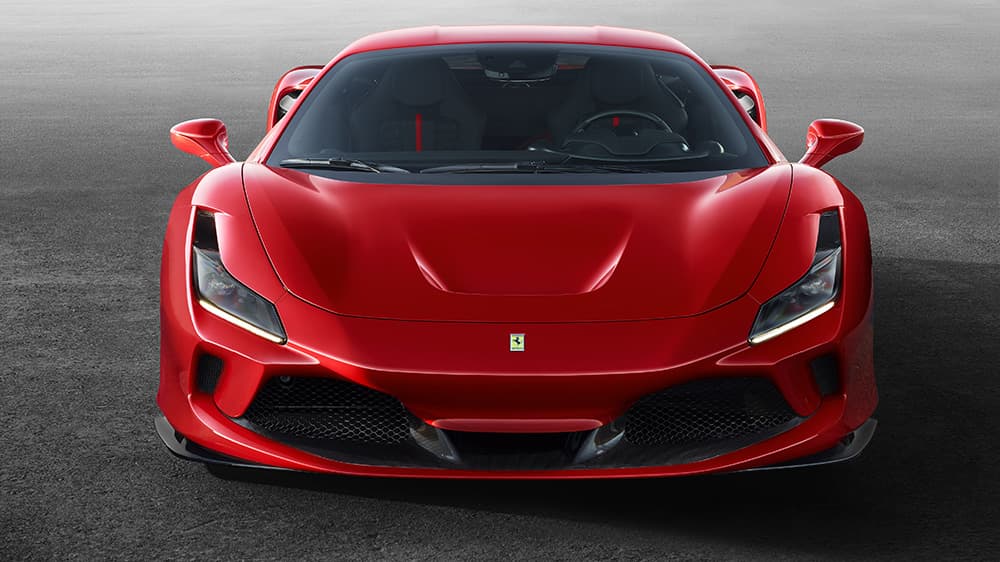 FERRARI STYLE AND HOMAGE TO AN ICON: THE F40
Conceived by the Ferrari Style Centre, the F8 Tributo expresses a new language of design, as ever strongly oriented towards a sporting and functional character with an aerodynamic performance.The front is characterised by the integration of the S-Duct, a solution which contributes a 15% increase in the global aerodynamic load compared with the 488 GTB. The adoption of new horizontal LED headlights, which are more compact, has allowed the aerodynamic technicians to fashion new brake cooling intakes, in combination with those on the exterior of the front bumper, with a view to improving the airflow through the entire wheel area.The new rear window enhances the engine compartment, revisiting in a modern way the most distinctive design element of the most famous of the Ferrari V8s: the F40. The body slits help to extract warm air from the engine cowling without influencing the efficiency of the spoiler, which has evolved in such a way as to increase the load generated in the rear part of the vehicle. The spoiler envelops the rear lights, optically lowering the centre of gravity of the car and also allowing the return of the classic double rear light. These are all details which evoke the design of the first 8-cylinder coupés such as the 308 GTB, which launched the dynasty. The interiors retain the classic “cockpit”-style theme, a characteristic of the 8-cylinder coupés with centre/rear-mounted engines, but benefit from a stylistic updating in every component of dashboard, door panels and gear console.

THE V8 ENGINE
The 3,902cc V8 engine – which as well as the F8 Tributo provides the propulsion power for the 488 GTB, the 488 Spider, the 488 Pista and the 488 Pista Spider – has won the absolute prize as well as the prize for best Performance Engine. Thanks to the transfer from capacity category to power category, Ferrari’s V8 achieved victory in two other categories: the same engine was voted best propulsion unit over 650 HP, whilst the 3,855 cc version mounted on the Portofino (with 600 HP) and on the GTC4Lusso T (with 610 HP) won in the 550-650 HP category.