Working with supercars is nothing new to our Pirelli Performance Centre technician Lee. His perspective from our Burton-on-Trent site, however, is heavily focused on ensuring our tyres are fitted perfectly. We took him out to Spain and Portugal so he could take a look at the high-performance motoring world from another angle… behind a camera lens!

Home road Eye of the Mechanic 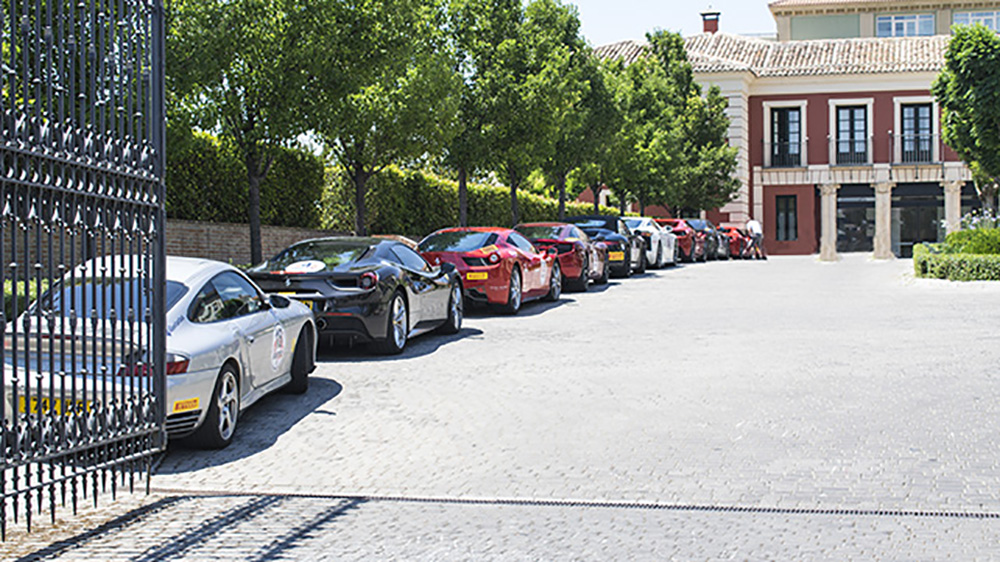 Incredible cars are brought to life in jaw-dropping surroundings. It’s with this indisputable statement in mind that the “Supercar Run” is crafted each year to be an all-senses display of the best motoring has to offer. This year saw members of the Supercar Club, an organisation which creates experiences for owners of all kinds of supercars, take to Portugal and Spain to soak up the sun and enjoy their prized possessions on fantastic driving roads.

The Supercar Run is a dream trip for both owners and admirers of exotic cars, for the latter however first-hand experience would be a rare treat. With a growing passion for automotive photography, and plenty of experience fitting tyres to some of the world’s greatest cars, our PPC technician Lee was a perfect candidate for lending a unique perspective to this one-of-a-kind event.

He left our Burton-on-Trent site to join the Supercar Club convoy with his camera packed and a fist full of blank memory cards yet to be filled with the sights which awaited him on the Iberian Peninsular.

What followed was a five-day tour through Portugal and Spain, a trip comprising of breath-taking national parks, historic cities and spectacular views all woven together by an impeccably chosen route to provide the all-important supercar road trip experience.

Along the way members would not only enjoy the journey but also take part in a multi-stage competition which saw them searching for and solving clues alongside other supercar challenges all set against the beautiful backdrops provided by the Spanish and Portuguese countryside. These rural landscapes afforded the supercar travellers panoramic views in an extraordinary fashion.

Any good road trip is about escaping the norm and the Supercar Run, being one of the best European road trips an owner can take, was certainly no different. The distance between each luxury hotel was no more than a few hours on a motorway; but you don’t buy a supercar, and ship it out to a stunning part of the world, to run the speed limit on a straight road. Instead, the Supercar Run wound its way through long-abandoned villages and vast areas of apparently uninhabited land. In this way the natural beauty of the countries they visited were unspoiled and so too were the roads free of run-of-the-mill traffic. In short, a true supercar playground.

At every winding turn, open straight and relaxing stop at villas and luxurious hotels Lee’s camera didn’t cease to capture the best moments as he saw them. Whether taking high-octane snaps on the road as they travelled from one location to another or when car parks were descended upon by an automotive tsunami to form a multi-coloured ocean of supercars, the opportunities for great pictures came thick and fast. Here, in this environment impeccably  chosen by The Supercar Club, the cars came to life in a way only the road and the track can conjure. Lee is no stranger to supercars, but the environment he found them in on this trip provided a whole new set of opportunities to exercise his growing photography skills. McLaren after McLaren, Ferrari after Ferrari and Porsche after Porsche passed his lens in a rolling, but very expensive, carousel which served as the ultimate training experience for any aspiring supercar photographer.

As with any good Pirelli trip, tyres were never far away. Lee was tailed throughout his photographic endeavors by a reminder of home and our Burton-on-Trent Pirelli Performance Centre in the form of a Pirelli tyre truck. So, in between snaps, our adventuring technician ensured the Supercar Run was supplied and fitted with the perfect tyres every step of the way!

A British BBQ with the Porsche Club