A hundred units, one hundred years after the Bentley legend started. To celebrate its first century of history in 2019, the British car maker has chosen a new outfit for its GT. The Continental GT Number 9 presented at the Geneva Motor Show is the collectable version of the New Continental GT, a stylish and powerful coupé packed with plenty of elements that hint to the racing legend of Bentley, specifically the 4½ Litre “Blower”. 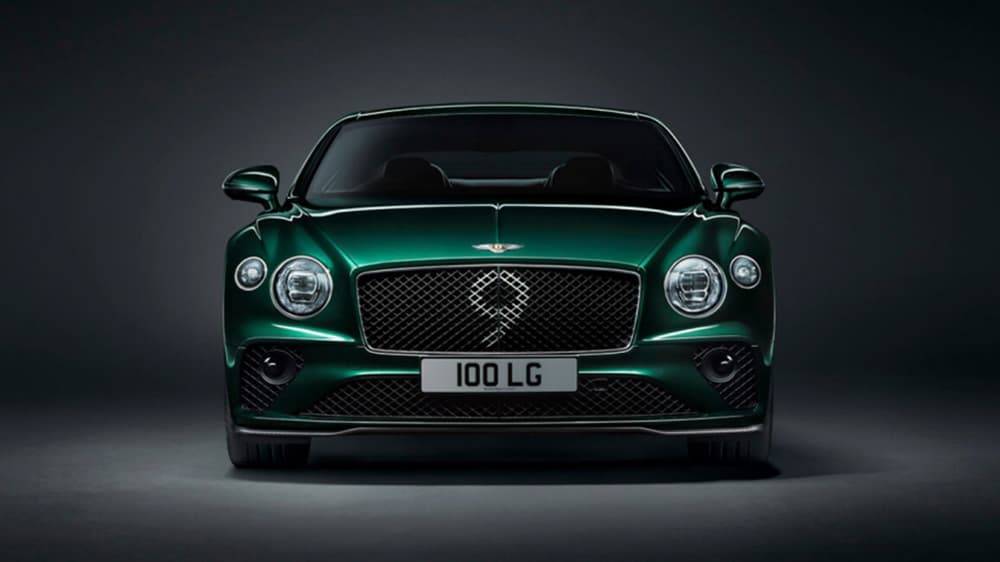 A TRIBUTE TO LUXURY
In 1919, Walter Owen Bentley turned his London workshop into what would become the headquarters of Bentley Motors Ltd, one of the official car manufacturers of the British Royal Family. In 2019, a new collectable was added to the "Flying B" line-up, namely the Continental GT Number 9 kitted out by Mulliner, the workshop that crafts customisations for Bentley cars. The Continental was made even more luxurious for the centenary milestone.

Inside, the car is full of premium materials, including natural leather, chrome accents, superior wood, and even in 18-carat gold details. The dashboard is made of Engine Spin, a material used in the twenties and thirties on aircraft and racing cars to minimise the light reflections. Reasserting the link with the time-honoured 4½ Litre are the wood inserts taken from the original car that ran the 24h of Le Mans and a British Jaeger clock that picks up the design of the original dials of the Blower.

Like the standard Continental GT, a 12.3-inch rotating display with touchscreen is fitted on the dashboard. There are many references to the 4½ Litre also outside, the most obvious of which is the Number 9 sported on the front grille. The car is available in two colours – Viridian green and Beluga black.

SPEED IN ADDITION TO LUXURY
The technical specifications of the Number 9 are those of the latest version of the Continental GT, the first version of which was introduced in 2006. Sinuous and fast, the latest coupé created by Bentley conceals a W12 biturbo engine capable of delivering 635 hp and 900 Nm of torque, reaching 100 km/h in 3.7 seconds and achieving a top speed of 333 km/h.

In terms of fuel efficiency, it does 100 km with 13.6 litres on the mixed cycle. The Continental GT Number 9 fits 22-inch Pirelli P Zero tyres, custom-designed within the Perfect Fit strategy to ensure the car achieves its best performance.

FROM THE 4 ½ LITRE TO THE BLOWER
The first experiments with turbocharging on cars date back to the 1920s, carrying over the technology previously only used on military aircraft. The first brilliant result was achieved in the collaboration between British engineer and designer Amherst Villiers and Bentley Boy Henry "Tim" Birkin. Together they developed a turbocharged engine for the Bentley 4½ Litre that made the car more powerful and faster, earning the name of "Bentley Blower".

Competing under the number 9, the supercharged 4½ Litre made a name for itself by setting new lap records on several circuits, including during the 24h of Le Mans in 1930, driven by Birkin himself.