Home road Classics and supercars on show at Blenheim 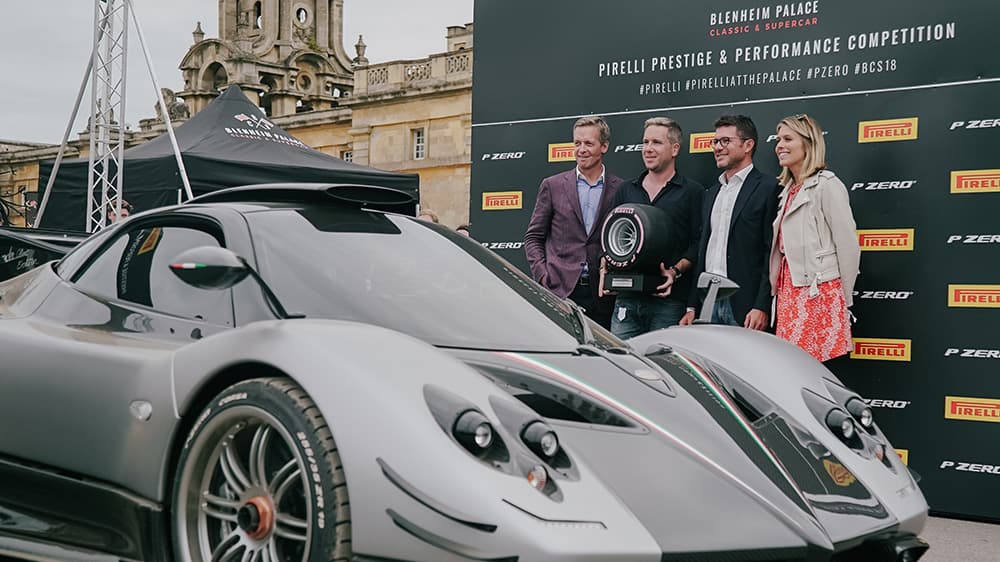 The quality and pedigree of the cars on display was enough to attract over 15,000 enthusiastic automotive admirers. Celebrating the 70th birthday of famed German sportscar manufacturer, Porsche, almost 400 examples of Porsches formed part of the weekend’s line-up.

For the owners that had very kindly displayed their cars at the palace, special permission had been granted by the Duke of Marlborough for a very special entrance. When entering the palace grounds, the owners arrived via an entrance that leads along a perfectly aligned tree-lined avenue. Offering breath-taking views, the arriving cars wound around ‘Capability’ Brown’s lake before heading over the famous Vanbrugh bridge for the crowds to take in truly awesome and once in a generation view.

In its fourth consecutive year, the highly anticipated Pirelli Prestige and Performance Competition was the source of much excitement and buzz throughout the day. The competition featured 80 exclusive supercars from 1978 or later entered into one of eight classes. The classes were as follows; ‘Evolution of the Sportscar’, ‘Open-Top Porsche’, ‘Porsche 911 GTs’, ‘Super V8s’, ‘Hypercars’, ‘Pure McLaren’, ‘Targas & Cabs’ and ‘200 MPH Club’. With such a diverse selection of classes, the Great Court of Blenheim Palace was a unique sight to behold as the 80 entrants were gathered on display.

An interesting coincidence resulted in a rather unique and positive addition to the atmosphere and attraction within Blenheim Palace’s Great Court. Taking place on a Sunday the event unavoidably coincided with the 2018 Italian Grand Prix. It meant that for one time only, Formula 1 could be consumed by crowds of people within the Great Court of Blenheim Palace while surrounded by a selection of the world’s rarest and striking cars.

Taking top honours in the Pirelli Prestige and Performance Competition were two sensationally exceptional cars. Production of the Pagani Zonda began in 1999 and was supposed to be over by 2008 however, that didn’t go exactly according to plan. Built in 2016, the Zonda ‘Oliver’ Evolution was awarded the Pirelli Best of Show, with the same car also winning the popular Hypercars class. A 2016 MSO McLaren 675LT Spider took the Peoples’ Choice prize.