In this record year of 21 grands prix, spread over four continents and with no fewer than 13 races outside of Europe – where Formula 1® was invented 66 years ago, but these days finds itself less and less at home – the sport is now dreaming of California 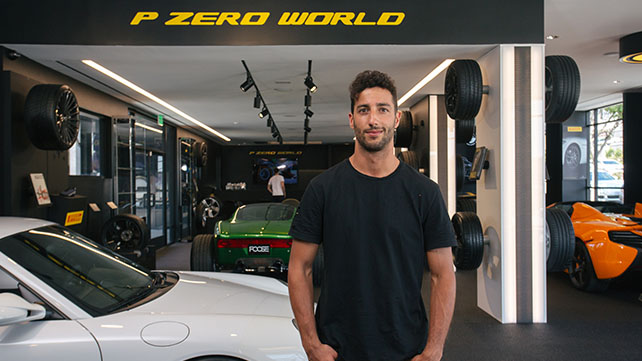 Not just the United States: October’s race that takes place in Austin (which by the way is not exactly enjoying perfect health at the moment when it comes to financial and management matters) provides emotions up to a certain point. Instead we really mean California itself: everyone from Bernie Ecclestone (who has made his global show increasingly cosmopolitan over the decades) to the teams themselves would like to return the legendary Western coast of the United States, where Formula 1® has some unfinished business.

The return of a grand prix to California, after decades of varied and mostly ephemeral experiments about how to give Formula 1® an enduring popularity and desirability in the United States, would bring back the fascination and glamour in an instant. It would also make a sort of global sense: the state that includes San Francisco and above all Los Angeles is at the same time the most and the least American of them all. In many trends (beauty and fashion, elegance and culture) it is the equal of – or even more advanced than – the old yet noble and progressive continent of Europe; embracing a high-tech future at 200 miles an hour throughout a diverse American landscape that goes all the way down to Mexico.
But for the time being, it’s still all about dreams. Apart from the odd published quote here and there, Formula 1® is not yet seriously back on the road towards California.
Yet one representative of Formula 1®’s select club of 2000 or so global itinerants, who meet up more than 20 times a year across all four corners of the world, found himself in Los Angeles recently without even the F1® calendar taking him there. In fact, it happened more or less by chance.
Daniel Ricciardo and a small group of his friends chose Los Angeles as the latest stop on a mini summer holiday tour, ahead of the two final European races at the end of August in Belgium and beginning of September in Italy. And the Red Bull driver’s itinerary also took in P Zero World: the famous prestige showroom that Pirelli inaugurated in downtown Los Angeles in mid-July.
Of course, much has already been said on these pages about Pirelli’s prestige project. With this broad term, Pirelli defines its most high-tech products, symbolised by exclusive sizes and characteristics designed to fulfil the performance and safety requirements of the most desirable cars and motorbikes on sale today.
But this high level of technology is not even the full story. With its prestige division, Pirelli is offering a tailor-made product with Italian style, designed to fit not only the needs of the exclusive vehicles in question but their owners as well, with a diverse range of requirements and driving styles.
This is what Daniel and his friends came to see for themselves at P Zero World on Monday 8 August. And not just see but fully experience: one by one they all tried some of the most thrilling supercars out there, fitted with state-of-the-art P Zero tyres.
“Thanks to Pirelli North America” is what Daniel put on social media afterwards, which soon went all the world. “Thanks for the welcome”. It’s a welcome that Pirelli wanted to extend to Daniel by getting him to try the very best things that the partnership between Italy and America can offer: Italian tyres on cars that come from all over the world, as well as Italian hospitality from Pirelli at the Dodgers Stadium – where on Tuesday 9 August Daniel saw a thrilling home win from the L.A. Dodgers, showcasing world class baseball at the very highest level.
California dreaming, in other words. A dream that Pirelli and the Red Bull driver shared for a couple of action-packed and intense days. A dream that has surfaced again this year, exactly 40 years after the Long Beach Grand Prix made its debut, on a street circuit just outside of Los Angeles that was for many years truly the Monaco of the Pacific. An F1® return to Los Angeles in future would be the culmination of this amazing dream. Pirelli is there already, having chosen the Californian metropolis for the site of its first P Zero Prestige store, which will soon be followed by others in the world’s centres of cool, such as London, where another store will open next. Los Angeles though is already right in the heart of Pirelli: in December it will host another exciting event, which you will read about at length on these pages. As we wait for a grand prix to return there…

Los Angeles:
the heart of car culture
in Southern California

When Germany was
Kimi’s finest hour