BAC to
the future

Fancy owning your own Formula 1 car and driving it to Milan? Been there, done that

Home road BAC to
the future

BAC to
the future

From A to B

First things first: don’t call it ‘bac’. It’s not a French academic qualification, nor the opposite of front. Instead pronounce the letters B, A, C: Briggs Automotive Company.

This bespoke British manufacturer, founded by brothers Ian and Neill Briggs, will make you what’s essentially a Formula 1 car for the road, complete with a carbon fibre monocoque and adjustable suspension. And just like Formula 1, it’s now equipped exclusively with Pirelli tyres: P Zero for road use and Trofeo R for track days. The links between road and track have rarely been closer.

To celebrate the new partnership with Pirelli, which was announced at the Autosport International Show in England earlier this year, a few BAC owners recently took the trip to Pirelli’s Milan headquarters.

Accompanying them was Ian Briggs, who took part in a souvenir photo shoot of a Pirelli-liveried BAC Mono underneath the Italian firm’s iconic cooling tower, which formed part of the original 1922 factory at the Bicocca site on the outskirts of Milan. The modern Pirelli HQ building has now been built around it: like the BAC Mono, a breath-taking piece of architecture.

The bespoke P Zero tyres for the BAC Mono have been especially created for the unique dynamics of this single-seater car, which has appropriately enough been developed by racing drivers to deliver the sharpest performance. 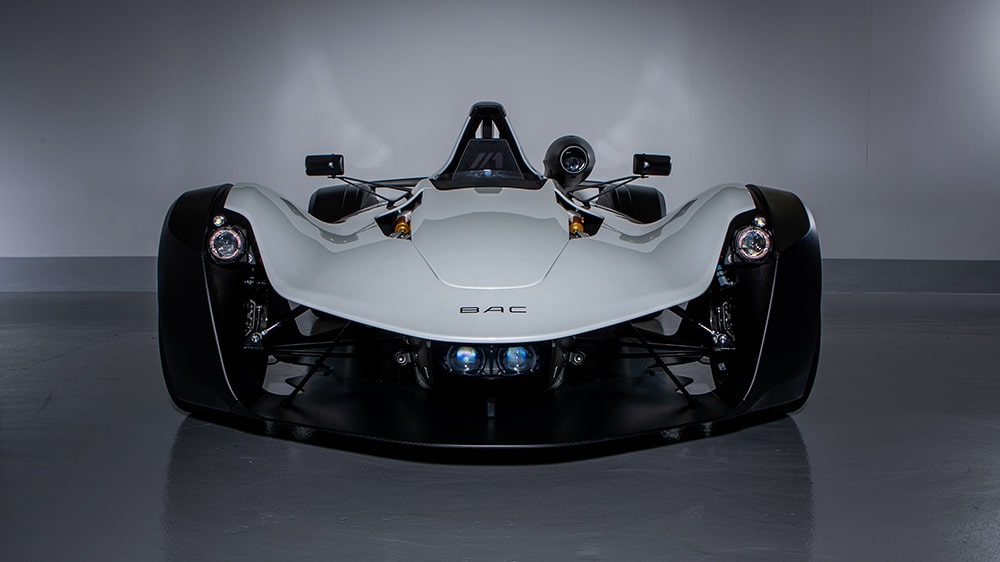 A total of nine BAC Monos came to Milan, including the very first car built in 2011. The cars arrived from all over Europe – and yes, there was room for the owners’ luggage too, as each car features a front luggage locker, nestled close to the suspension.

The BAC owners got to the see Pirelli’s renowned research and development division, located in the basement of the HQ building, where the tyres for their cars were conceived. The P Zero Trofeo R tyres, which are an option for BAC owners who use their cars extensively on track, are then built at the Pirelli’s dedicated motorsport factory in Turkey.

The guests also visited Hangar Bicocca: a former warehouse that Pirelli now uses to host modern art exhibitions and other events. On the itinerary as well was the Pirelli Fondazione, which houses the company’s historical archive. Most of all, the visitors were able to take in the sights and sounds of Milan – the European capital of style – and add a bit more sound to it, courtesy of the 2.5-litre, 305-horsepower turbocharged engine that powers each BAC Mono. There’s nothing else on the road that comes close.

The future is R

BAC recently launched its brand-new car at Goodwood, which will also naturally be equipped with Pirelli tyres: the Mono R.

This entirely fresh design will replace the current Mono, expected to cease production at the end of this year with 122 examples completed. The Mono R will come on P Zero Trofeo R tyres only, reflecting its track-focussed heritage. Horsepower is increased to around 350bhp, while weight is reduced by 35 kilograms. The bad news is that the initial allocation of 30 cars next year is already spoken for, so you might have to wait quite a while to get your hands on one.

As Ian Briggs points out: “We’re really excited by the Mono R and the P Zero Trofeo R tyres complement it perfectly. For ourselves and our customers, it was fascinating to come to Pirelli in Milan and learn more about what each department does. In the research and development section, we were given some detailed insights into how the tyres work together with the car. It’s been a massive year for us at BAC, and the partnership with Pirelli has been an important part of that.”

Ultra-high performance has always been an integral part of Pirelli’s DNA. And it doesn’t get much more visceral than from behind the wheel of the incredible BAC Mono.