Everything is set at Ẵre in Sweden for the eagerly-awaited winter event. And sponsoring the competition once again is Pirelli, the brand with sport deep in its veins above all when performance means control

Home road Awaiting the return of Formula 1, Pirelli hits the slopes at the World Ski Championships

What is the connecting thread between driver Lewis Hamilton, striker Mauro Icardi, sailor Max Sirena and skier Sofia Goggia - the great hope of Italian ski fans? First of all they’re athletes, champions. They combine a passion for what they do with excellence in the way they do it. And they also share the same colours: red and yellow, the colours of the Pirelli logo worn prominently on their kits. Pirelli’s sporting passion extends far beyond the world of motor sport, stretching from sailing to skiing, from football to ice hockey. The brand is actively involved as supplier or sponsor, or as often as not in both roles. 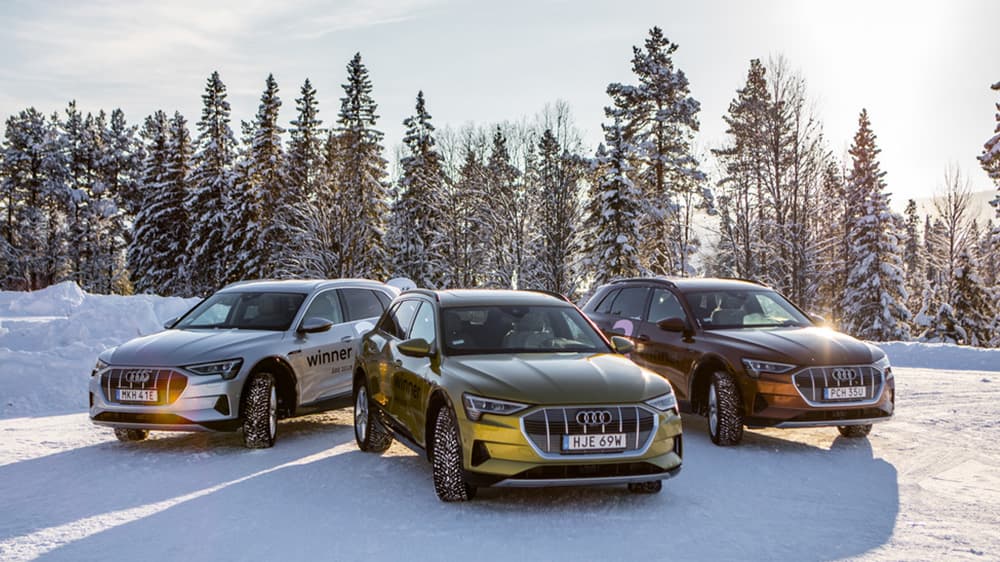 While waiting for the engines to roar again in the 400-plus motor sport competitions that Pirelli supplies and sponsors - of both the two-wheel and four-wheel varieties - the spotlight on 5 February is on the World Ski Championships, which Pirelli has sponsored since 2017. The stage of Fis Alpine Ski World Cup is set at Ẵre in central Sweden, close to the Norwegian border, where even temperatures of -20 are unable to cool the heat of expectation. The stars are already sharpening their edges for the most important event of the season: in the technical specialities the hunt is on to catch serial winners Marcel Hirscher, with six world golds to his name, and Mikaela Shiffrin, winner of the last three world slalom titles. We’ll be seeing two skiing legends on the piste for the last time: Norwegian Aksel Lund Svindal, with five world golds in a career that will conclude at Ẵre, and Lindsey Vonn, who holds the record for Alpine Skiing World Cup victories but has announced that she now has too many physical problems to continue. Adrenaline, passion and commitment are the ingredients of the sponsorship at the World Ski Championships in Sweden. The event has begun with the women's Super G and will conclude at 11.00 on 17 February with the slalom. Ten races in which the Italian team, of which Pirelli is the official partner, is aiming to rebound after the solitary bronze won two years ago at St. Moritz and with a view to 2021, when the mountains around Cortina will host the event.

Sponsoring the World Ski Championships comes naturally to a brand like Pirelli which, like the skiing world, invests in innovation and research to achieve maximum results. Each performance can last a very short space of time, but for this precise reason calls for maximum concentration. The moment before the race, moreover, is when athletes in any discipline express their talent and uniqueness and also - above all - their consistency, willingness to make sacrifices and perseverance in daily training to overcome their limits, to leave their comfort zones and, in the best cases, to create history. This is what all great champions and sports competitors have in common, and it is here that Pirelli chooses to make its mark. The twenty year-long partnership between Pirelli and the Milanese football club F.C. is just one example, but there are others ranging across all fields. Motorsport, of which Pirelli is also a supplier, is another. Now there is also Luna Rossa: here a strategy and ability to enhance the human element in racing, particularly in design and technological research, are as one with power and control. And then, obviously, there are winter sports, the very symbol of control applied to power, of the urge to take risks combined with an awareness of one’s own limits. Hence the sponsorship until 2021 of the World Ice Hockey Championships and this second sponsorship of alpine skiing. Snow and ice, after all, have always fascinated Pirelli, the leader in original equipment winter tyres and actively engaged in many rallies raced on these surfaces. Pirelli products enable drivers to enjoy power to the full without sacrificing safety and the pleasure of driving. That’s why the yellow and red are the hallmark not only of what they offer, but also of what they inevitably represent.

A winter
on the road